Snapshots Of A Military Wife 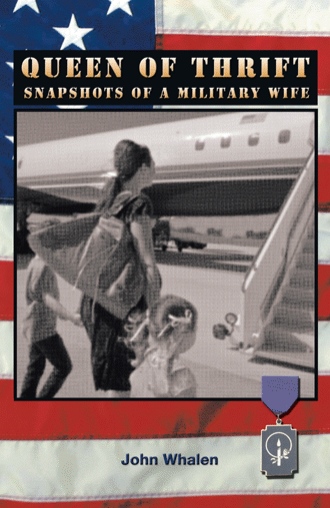 When 21-year old military wife, Betty Whalen and her five-month-old daughter, Kim, embark on the 13,000 mile trip from New Jersey to Taiwan to join her husband, Betty never dreamed the trip, undertaken in the days before jet travel and disposable diapers, would take nine days, during which Kim would be hit with colic and diarrhea.

Adding to the challenges the young mother would face was an unnecessary two-hour round trip by bus to San Francisco because of misinformation about her visa given to her by a flight operations specialist at Travis Air Force Base, California, her first stop. The error resulted in a tedious three-hour delay which caused Betty to miss a flight to Hickam Air Force Base in Hawaii. Two days later upon arrival at Hickam, she faced another three-day wait. Then another exasperating four days in the Philippine Islands.

On Taiwan, Betty was the youngest American “Round-eye” to meet the legendary Taiwanese President, Chiang Kai Shek. While there she gives birth to her second daughter in a missionary hospital only to lose this child suddenly three years later. Upon her family’s return by ship, with two babies under two, from Taiwan, the angry Pacific Ocean brings their ship breathtakingly close to capsizing. During the voyage, 20-month old Kim faces emergency surgery on a ship that was bucking so badly, the surgeon was unable to stand upright without assistance.

Back in the states with a family of four, Betty hones the shopping practices that enabled her to multiply her dollars and earn her the designation: Queen of Thrift. Her four basic principles: never pay the retail price, know the brands, shop the discount stores, and be patient, have paid off big for her. They can for anyone willing to try them.

John Whalen is a retired army lieutenant colonel, married to the Queen of Thrift for 56 years. They have 3 children, 10 grand, 6 great grandchildren. His awards: The Legion of Merit, 16 Air Medals. His first book, Celebrating St. Patrick at Paddy Cassidy’s Irish Pub, self-published, 2009.