Crop circles and the entry into the third dimension, or the great transformation man is facing 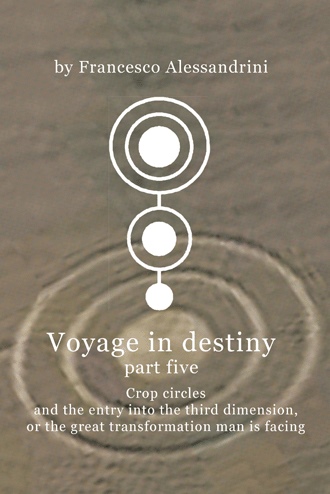 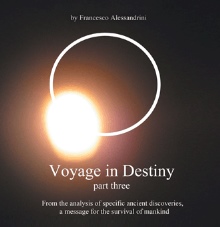 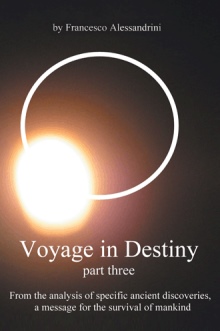 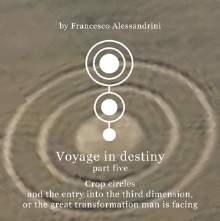 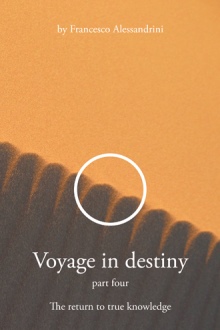 Destiny places “knowledge” among the priorities of my work.
This text, the fifth in a series, is dedicated to what some Masters of Light of a high level have been transmitting to me for several years.
It represents a chapter of my voyage into knowledge; a knowledge that comes from a wider vision of worldly things than that which is normally available to man.
This book talks about crop circles, of the fact that they are messages and how I was taught to interpret them.
I also argue against current opinions about who makes them and why and how they are made.
The story then goes on to the interpretation of a specific circle at Bagnaria Arsa, that was made recently in Friuli, Italy, the region where I live.
Its message establishes the entry into a phase of great transformation that man of our time is facing.
I describe this transformation and the consequences it will have on humans and life on Earth.
Finding that after a period of “demanding” change, as all changes are, a new man will inhabit the Earth, a man endowed with greater emotional balance and with additional powers.

Francesco Alessandrini is a fifty two years old engineer who works on the planning and design of important civil engineering structures (bridges, roads, ports and dams). He taught for ten years at the University of Udine in the geotechnical sector and has published numerous articles especially in the structural and geotechnical field. His commitment and enthusiasm for his profession has not impeded his interest in subtle energies and phenomena correlated to the states of a widened consciousness, which started fifteen years ago.
This personal research has allowed him to deepen his knowledge in a multiplicity of sectors such as bio-architecture, geobiology, divining, radionics and shamanism  as well as travelling widely and developing spiritual and historical knowledge relative to diverse populations of Earth. This increased knowledge and the subsequent development of spiritual sensitivity has allowed him to come in contact with completely atypical cognitive realities fundamental in understanding the meaning of the life of man and much more.
This knowledge underwent an unexpected and exponential growth when he came in contact with the Masters of Light of high level three years ago. Their help transmitted a series of knowledge on varied aspects of creation and on the life of man which has been transcribed into four books, all of them with the same title “Voyage in Destiny”, as suggested by the Masters.
The books (only part four has been published) are all addressed to the deepening of “true knowledge” or a knowledge that does not come from the limited human point of view, but which contains  all the knowledge and wisdom of a spirit endowed with an immensely wider vision than man’s.
The books deal with the following arguments: