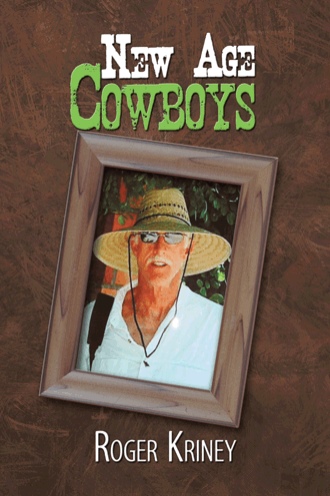 When Ren’s sixty-one year old and Doug’s sixty year old body had taken enough pounding by the relentless surf, they beached and headed back to the condo, stopping on the way long enough to exchange some small talk with Miguel, Inez and their little boy. Palmer had finished with Oswaldo’s session and was reading Michener’s Mexico next to a sleeping Ian, who had let Ken Wilbur down by dropping his book on the floor. Oswaldo was out of sight, presumably meeting with the kitchen contractors.
Napping seemed to be the best option as it was still oppressively hot and humid. As Doug lay down under the mosquito netting on his damp and uncomfortably warm mattress, He heard music coming from one of the units nearer the beach. A group of twentyish men and women had arrived and were setting up base camp for the weekend three doors down. They were unloading lots of cases of Corona to techo-nazi music and seemed to be setting themselves up for a party weekend. He slept anyway.
“Hey Soarin’ High, hee hee, where the fuck are you?”
He hadn’t heard the voice in at least fifteen years, but there was no mistaking it as Jake’s. Far 2 High was back! Doug wasn’t sure he was not still dreaming in his netted swamp, but the voice resounded loudly through the complex again. “Soarin’, Sailin’, hee, hee where the fuck are you guys?”
They were all beginning to rouse in response to this interruption of the hot Mexican beach afternoon peacefulness. People from all over the complex were coming to the edges of their porches to look for the source of the annoyance. It was late Friday afternoon and the complex was filling with people who were coming in for the weekend. A lot of families had arrived with small children, and although most spoke little English, the word “Fuck” was universally unacceptable in the presence of kids.
Doug walked to the knee wall of the upstairs porch and looked over. There he was. Jake, Far 2 High. He was taller and with a disproportionately more pronounced waist than he recalled. His arms and legs were flailing, carrying suitcases. He was dressed in a loud Hawaiian shirt, long pants, sandals, socks, and sported a big floppy, Mexican souvenir hat Doug just knew he must have bought at the airport gift shop in P V. His hair was completely gray and almost to his shoulders and he had a long unkempt white beard. Above the beard was his long, big, smiling face.  As soon as he saw Doug he dropped his bags and flipped into a loud falsetto, “Holy shit, its Sailin’ High, my old friend, my god, where’s Flyin’ and Soarin’?”
At this they all came out to meet this spectacle, mostly in an attempt to keep the peace, but certainly in genuine greeting of their old friend from “way back then”. As they hugged him, tears were welling up in his eyes and his smile became huge, almost caricature-like. His voice got screechier, more falsetto, and he chuckled and grabbed each one of them, staring through his tears of joy into their eyes and hugging them like a spaghetti-armed, skinny-legged, large bodied, grinning and possessive spider monkey.
They all moved onto Palmer’s porch/living room and listened as Jake talked of his flight from Minneapolis, through Houston and into Puerto Vallarta. He couldn’t talk fast enough to get it all in. He’d been checked in Minnesota by the NTSB agents for possibly carrying contraband and again in Bush Airport by the police. He was questioned by the Texas authorities because he was just such a strange creature and they needed to be assured that he wasn’t a dangerous strange creature.
Jake updated them with regard to his life, which had taken a few turns since their last contacts. He inherited a lot of money from his grandfather in the mid 1980’s. He still maintained the cabin in northern Minnesota where Ren lived while he worked for the Ojibwas, but it was mostly unused except by his son, Fred, who was married and had two children.
Jake invested most of his money with some guy from New Mexico who was in the gold business and had been taken in a scam. He was still angry, and his demeanor shifted from ecstatic to rage as he described the details of the fraud that took most of his cash. He said he made a substantial amount of money prior to that in the wholesale cocaine business and at one point he was worth about two million dollars. Jake, being Jake couldn’t leave well enough alone and began using the product. He claimed to have gone through most of his bank account by the early nineties and because of his habits the Columbians had refused to work further with him. He was still with Jill, a woman he began to date in the late seventies just before Doug split from Saint Paul. At the mention of Jill, Jake reached into the pocket of his shirt and pulled out an old, wrinkled and folded piece of paper. He carefully unfolded the wad and held it in front of chest. With the other hand he pulled a pair of cheap drugstore reading glasses out of the pocket flipped them on his face and began to sing. It was a song they’d heard before, one that Jill had written about all of them back in seventy-eight called “New Age Cowboys.”
It was really, really hard to keep from bursting out into hysterical laughter as Doug glanced toward Ren, who rapidly diverted his eyes from Doug’s and put his hand to his mouth. Palmer and Ian were much more reserved. They smiled and nodded in time to Jake’s not so in- tune singing. After Jake had finished, they all applauded, and Palmer smiled and reached around and gave Jake a hug, acclaiming the performance. 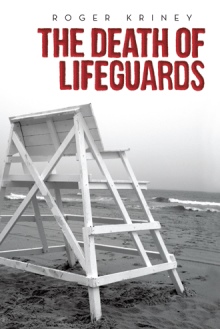 The Death of Lifeguards
Roger Kriney
$16.95 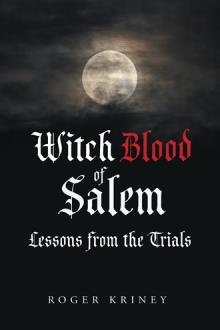 Ren Hadley and Doug Gove, cousins from New Jersey, meet after years apart in Saint Paul, Minnesota. Both men, in their early thirties, struggling with failed marriages and child separation agony seek the assistance of psychotherapist Palmer Anderson. The three men along with another of Dr. Anderson’s clients, Jake Wilbert attempt to regain their foothold in the post hippy, cult oriented 1970’s that was Saint Paul.

Thirty years after establishing and solidifying their relationship, despite their extremely diverse life paths, Hadley, Gove and Anderson along with Anderson’s brother, Ian, gather at the home of the now expatriate, Dr. Anderson in the Mexican western seacoast village of Sayulita. The decision to include Wilbert after all those years proves questionable. He drags them through the local illicit drug trade, sexual infidelity, a dangerous confrontation with an indigenous tribe and a romp through a New Age clothing optional resort. They establish liaisons with a Japanese-Mexican beauty, a pretty Seattle travel agent and a group of Alabama society belles ending with a violent clash with the unstable Mexican political scene.

This is a story of commitment and rescue between old friends. Their 1960’s attitudes of acceptance and tolerance, tempered by the years, are tested in the post 911 world as they discover just how much they have come to still rely on each other and just how important that reliance has become as they have aged.

Roger Kriney is a 32 year law enforcement professional who spent seven years working undercover during the 1980’s. He was a member of the DEA’s Organized Crime Drug Enforcement Task Force and is a 1989 graduate of the FBI’s National Academy in Quantico, Virginia. After graduating from the University of Charleston (West Virginia), in 1968 and attending graduate school at Montclair State University and Seton Hall University he was an ocean life guard, an army medic, a personnel manager and a business/human resources consultant before embarking on his law enforcement career. Roger has two children and five grandchildren. He lives at ther New Jersey shore with his wife, Marla where he continues to work in law enforcement. He has authored numerous short stories, poetry and is currently working on his second novel. Roger is a avid hiker, snow skier and an accomplished photographer.