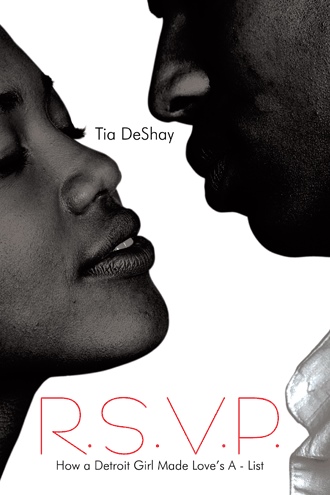 The Love Life of Tia DeShay I was invited to the most anticipated event of the season: the love life of Tia DeShay. The date was January 4, 1975. The time was 8:47 am. The doctors said that I was four months early to my own soiree. But since God doesn't operate on CP time, and since events don't happen on His timetable before their scheduled release date, I arrived, according to His marketing plan, exactly, specifically, on time. My guest list was impressive. I mean the brothers who R.S.V.P. for my love life were fine. We danced and we flirted and we did what love does after hours, you dig? But in the dawn, I kept hearing that we were just ordinary people who met at the wrong time and who tried to occupy the wrong space. Eventually, I no longer was the center of attention, no longer the life of my own party. I was no longer V.I.P. status. I had granted permission to guests who were not worthy of my most prized possession: my heart. I was Cinderella missing her glass slipper and there was no Prince Charming chasing me down checking for my shoe size. Eventually, I grew tired of the party crashers and the early morning love hangovers. So I decided to have a party of one and R.S.V.P. myself. I chose to become the center of my own attention and inquire within. It was time for my pretend self to exit stage right and for my real self to take center stage. I am still in the process of being where I need to be, but then again, who isn't. If you are reading this, count it a privilege to have been formally invited to: R.S.V.P. How a Detroit Girl Made Love's A - List. Don't take for granted your V.I.P. status. 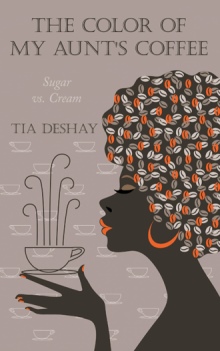 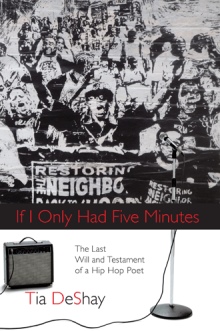 R.S.V.P. How a Detroit Girl Made Love's A – List is an invitation. I invite my readers to attend the most anticipated event of the season: the love life of Tia DeShay. R.S.V.P. tells the story of my on again, off again affair with this thing called love. R.S.V.P. exposes me and puts me in an emotionally transparent space that I needed to occupy in order to heal. It is my hope that in my healing, you discover your healing. In my words I want you to hear your voice. I want my poetry to inspire you and instill in you the confidence to love fearlessly and without regret. Decide today that when Love sends you an invitation, you will not mark the envelope, “Return to Sender,” but instead, you will ask yourself, “What am I going to wear?”

Tia DeShay, a Detroit Native, graduated from Cass Technical High School and earned her undergraduate degree in Secondary Education with a major in English Literature and a minor in History from Eastern Michigan University. She later obtained her Masters degree and Educational Specialist Certificate in Educational Leadership and Policy Studies from Wayne State University. For 10 years, Tia DeShay taught high school Literature, Journalism and Yearbook for the Detroit Public Schools. In November 2010, Tia DeShay resigned from the Detroit Public Schools and decided that her gift of writing was worth more than an occasional one night stand. She was willing to commit and marry the man of her dreams: Poetry. She went on to self publish her first book: If I Only Had Five Minutes. The Last Will and Testament of a Hip Hop Poet in March 2011. Her second book of poetry, The Color of My Aunt's Coffee. Sugar vs. Cream was released in the Fall of 2011. Tia DeShay has been a featured poet for Never Again Ministries of Phoenix, Arizona, 12th Street Missionary Baptist Church of Detroit, Michigan, and Family Victory Fellowship of Southfield, Michigan. “Poetry is a way of making sense of me and the space that I occupy. For me, poetry is a life style. Poetry is a way to tell the story of people who are disenfranchised and whose voice has been immobilized and censored by hopeless circumstances and failed relationships. My poetry is a complete thought in a world of fragments. My poetry is the voice of those we choose to ignore because we are so consumed with ‘us’ instead of ‘we.’ In my poetry, my readers see themselves raw and unashamed. In my poetry, I Write Now so others can remember later.”