The Cobra and Scarab

A Novel of Ancient Egypt 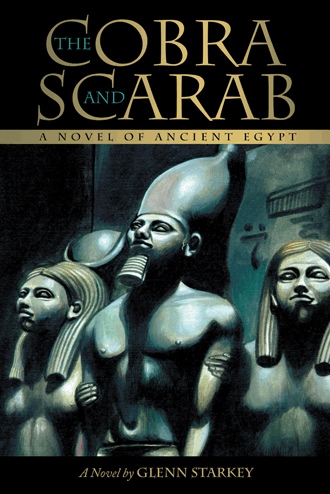 The high priest stepped back and looked at the young man. Their gazes held one another, and the impassive, faraway stare of the king's eyes made Dhahab momentarily forget what should be done next. Not until Pharaoh cut his gaze away did the Supreme Magus continue with the ceremony. He bent and dipped his fingers into the bowl of holy water again.

First touching the great double crown with his wet fingertips, then the golden uraeus, the religious leader stepped back again and spoke. His voice was so low that only those near could hear him. "The gods have placed their blessings on you, King Thutmose II. May your reign be for all eternity." He backed away as he bowed, moving beside his fellow masked priests.

Pharaoh rose as everyone bowed to him. Only his eyes moved as he stood gazing upon their bent backs, his face displaying no hint of the thoughts traveling his mind.
Sistrums broke the silence and priestesses began their lamentations to the gods. The king remained silent and statuesque until their songs of praise and glory died away.

Ben-Tadji watched as Ashwan's black eyes ran over Khety in a condescending manner. Ashwan’s disapproval of the former scribe was evident, but the look in the priest's eyes when he glanced at the young Pharaoh created an unnerving emotion within Ben.

The Imperator's gaze shifted to the brawny man dressed in the military uniform of Host Commander then rose to Ben's face. The soldier's dark eyes stared directly at him, jaw muscles taut. Ashwan detected movement and observed the man's hands clench into knotted fists. Raising his gaze, the priest haughtily looked at Ben's face and slowly turned away.
Priest, Ben thought, I will personally gouge those evil eyes from your head if you try to undermine my Pharaoh.

"People of Egypt, hear me!" the new king exclaimed. "The gods have given me visions of how our great land should be ruled. For the glory of Amon-Ra, I shall expand his temple."
Upon hearing this, Dhahab smiled and suppliantly placed his hands together and bowed. Seeing their leader pay homage, the priesthood swiftly followed suit.

Ben-Tadji smiled at how easily Pharaoh had bought their favor. Ah, this morning you snapped at the old dog to let him know who is master, now, you appease him with a treat.

"In seventy days Princess Hatshepsut will become Queen of Egypt," the new King Thutmose II announced. His left hand came out from his chest, pointing the crook at Zanimah. "I have been instructed by the gods to give the Vizier Zanimah reward and rest for his years of faithful toil. For this, he shall receive my palace at Hawara in the Fayum."

Zanimah smiled wide and bowed, pressing his right hand to his heart in a display of gratitude.
"But in his place a new man shall rise—Khety!"

Hearing the name, priests and politicians alike instantly recognized the nervous man as a former scribe, the one responsible for the recent nome investigations.

"Let it be as law from this moment forward, Khety's voice shall be from Pharaoh and let no one dare to disobey!" The king glanced at his new Vizier then pointed with the crook to his old friend and mentor. "And the gods have told me that Ben-Tadji shall become my Host Commander of Egypt's Armies." Slowly he pulled his arm into his chest, crossing it once again. "So let it be written," said the living god in a voice ringing with supreme authority.

Remaining motionless, the king allowed everyone to feast their eyes upon him, wanting priests and noblemen alike to have no doubts as to his complete self-control. At last he broke the stilled moment and turned to walk back into his private chamber.

The Supreme Magus raised his arms into the air, crying out lamentations for all to hear: "He is the sun disc whose rays give light to Egypt. He makes the land green so we may have nourishment. He gives strength and life to the Two Worlds. He is Ka, the guardian spirit, and defends us from our enemies. We are honored in his presence. Listen, O Children of Egypt, that you will enjoy health and prosperity."

The door of the king's chamber closed softly and the Lord of the Two Worlds vanished from sight.

“I will not be Queen of Egypt!" Hatshepsut shouted, fire burning brightly in her eyes. "I will be Pharaoh!"

The king briefly closed his eyes in frustration as he sat listening to the tirade. Shaking his head, lips forming a thin line, he glanced about the empty room. His patience had grown short and already he was regretting the decision to marry her.
"You will be my Queen and you will do as you are told!" King Thutmose II said on the verge of shouting. Grabbing a cup of wine from the table beside him, he drank in deep gulps. Gingerly turning the empty cup in his hands, he watched Hatshepsut pace the room.

She stopped and spun to face him, staring with utter scorn. "I was at our father's side while you were off riding your chariots. When his pains grew too great, it was I who held his hand to comfort him. I was there when he died and it was my name he spoke as his last words!" she screamed, jabbing her chest with a finger. "My name was spoken, not yours!"

"Enough!" Pharaoh jumped to his feet. His grip tightened about the gold cup and he threw it across the room. It smashed into the wall, fell and bounced along the floor. "You will not speak to me in such a manner. Never!" Rushing to her, he grabbed her by the arms, squeezing the small, slender limbs until his knuckles grew white.

She winced, futilely trying to break free of his strong grip. Unable to move, she looked up into his face and spat, consumed with hatred.

Thutmose released his hold and struck her with the back of an open hand, sending her sprawling to the floor. His hands clenched into tight fists as rage scorched his mind.

Hatshepsut glared at him from the floor, tears streaming from her red-rimmed eyes. A thin line of blood trickled from the corner of her mouth, down her chin, and onto her slender throat. She tried to stand. Dizziness held her back.

The revulsion in her eyes never lessened and the king knew it would always be there until her final breath.

"Because you are a man, you can steal what I want the most. I hate men! I hate you!" Hatshepsut's voice broke in anger. "Mighty Pharaoh will have to rape his queen to share her bed!"

Drawing his hand back, Thutmose started toward her.

She clamored along the floor, trying to remain out of reach.

Thutmose II stopped abruptly. He lowered his hand and gazed at her. With weighted steps he slowly returned to his chair, allowing his bodyweight to drop hard into the chair, disgusted at the way their talk had evolved. Caught up in a maelstrom of emotions, he sat in silence. When he spoke, his words came in a low, almost guttural voice through clenched teeth. "You will be my queen and bear me heirs to the throne. After the marriage ceremony, I am sending you to Deir el-Bahri for six years, then you will bear children, whether you want to or not!"

Raising herself off the floor, Hatshepsut stood on unsteady feet. When the dizziness passed, she looked directly into his eyes. "I would rather have a Canaanite herdsman mount me than feel your touch," she said in a loathing tone.

The insult created her desired effect. She watched as her stepbrother's hands squeezed the arms of his chair. Pleased with herself, Hatshepsut defiantly wheeled and strode from the room.

Thutmose II sat staring at the door long after she was gone. Outrage fumed within him. His grip on the chair remained hard. 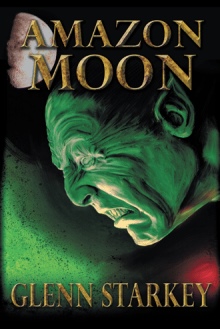 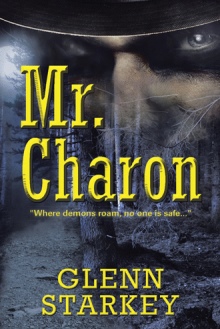 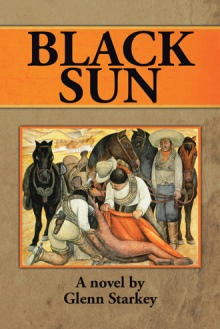 Hidden for centuries by the shifting sands of the desert, scrolls are unearthed by an archeologist who believes his dream of discovering riches has finally come true. But his hopes of returning to England in glory are shattered when a Bedouin reveals that the ancient text does not hold monetary value, but instead shares the unknown truths of the beautiful Egyptian queen Hatshepsut, the treacheries of nobility, and the two men destined from birth to clash with her.

The ambitious Hatshepsut is willing to become Pharaoh at any cost, even when the price must be paid with her body and with murder. Tetimas, rightful heir to the throne, is forced from childhood to watch his kingship stolen from him by Hatshepsut and her sadistic lover, Ashwan. Yet, despite his fears, Tetimas’s fate and Egypt’s power are destined to become one. Haunted by tragedy, Sakkara seeks solace in war, but is willing to risk everything to save his half-brother, the true king.

In this gripping, classic historical tale, the hatred between two strong-willed leaders is about to boil to the surface. As a nation waits for the victor in a momentous struggle for the throne, a hidden history is at last revealed.

Glenn Starkey is a Vietnam veteran, former US Marine Corps Sergeant, Texas law enforcement officer, and retired security manager of a major oil corporation. He is the author of twelve books and lives with his family in Alvin, Texas.