Damned if I Do, Dead if I Don't 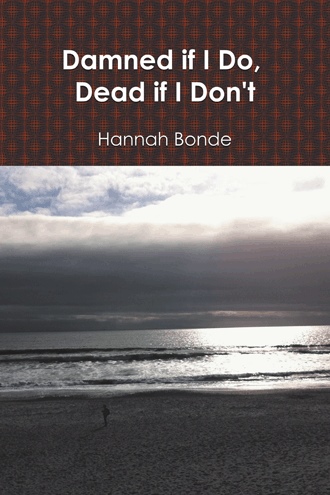 Already in preschool it was very important for me to have my “me time”, although I loved to be around people. When I wanted to be alone, I would disappear for a few hours, and when my mom became worried, she could always find me in our backyard, spending time by myself, talking to each and every flower in my grandmother's garden. They said I was a little dreamer. This, I would realize later in life, is what kept me alive and made me the strong woman that I am today. They were in the dining room. Annie and I looked down from upstairs and Conn had mom lying over his lap with her underwear down by her knees, he looked up at us and said, "See what your mother is worth .." while he spanked her with our dog's leash. We couldn't do anything to help. I felt her pain in my heart as tears fell down my cheeks. I didn't get any sleep that night. I prayed to God that Conn would stop abusing my mom. I promised myself that I would never be with a man who abused me. Not mentally! Not physically! My relationship with Jared started in May when I was 15 and in the 8th grade. In the beginning everything was wonderful. Life was great and I had a cute blond boyfriend with hazel brown eyes. We saw each other as much as possible and had sleep overs almost every night in my house or his. Two months went by and one day when we were at his mom's house, just talking and snuggled on the bed in his room, Jared asked me about Peter and why we were such good friends. "We've known each other since preschool and been best friends since then. We enjoy each other's company." "Oh, okay, but from now on, Peter won't be your friend any more, right?" "Peter is my friend forever," I replied with a big smile. Jared didn't like that answer I gave to him. Bang! he punched me right in the face. I had the taste of blood in my mouth and lost my vision for a second. My cheek pulsed and I felt the rush of blood to my cheek. His action surprised me because I had never seen him like that before. I couldn't believe what had happened. No one had ever hit me before. Not my parents or anyone, so I was shocked and confused. When I looked at him, Jared's eyes were darker than normal, almost black and he looked somewhat `crazy'. "Why did you do something like that?" I said while rubbing my cheek, which was hurting. "You just told me that you're choosing him over me. How do you expect me to react? I don't like the way you talk about him and to him or any other guys for that matter. I guess someone have to teach you how to talk and act." I'm not used to anyone telling me what to do or not to do, and I had heard enough. So I got up and started to walk towards the door. “I am leaving now. I don't want to be here anymore.” I said. Jared jumps up, locks me in and pushes me to the floor. “You're not going anywhere. I'm not done with you,” he said. When he raised his hand to hit me again, I screamed, and just then his mom, Eileen, knocked at the door. “Is everything ok in there? What's going on?” Jared answered nicely; “Everything is fine, just a little accident.” He looked at me with his finger over his mouth, warning me to be silent. After his mother moved away from the door, Jared told me with a voice I didn't recognize, “It doesn't matter if you leave me, because you're mine anyway. You're going to give me what I want and when I want it, you are mine forever. It doesn't matter if you have another boyfriend, you'll never get rid of me!” The look in his eyes, told me it was more than a threat, it was a promise! 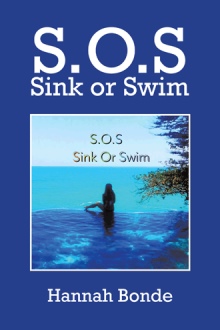 Bang! I just cut the corner and ran right into this six foot blond guy. I was just about to say Watch where you are going! when I looked up and into the most beautiful eyes I had ever seen. I got a tingle in my body. My cheeks flushed red and all I managed to say was a shy … Hi. Those same eyes that held so much promise now filled me with nothing but fear and terror. For the first time I could see clearly that I had to leave him. He will never change. If I stay, I will end up dead! I was now ready to leave him but that option wouldn't be easy. When I leave, I need to leave the country and my family in order to stay alive. I will have to find a way to escape from him because he will never let me go. I take that back, he would let me go, if I left in a casket or if I were dead. Deep down, I already had the answer. I knew what I needed to do, but I took my time to ponder my moves and to plan, and let it sink in. I was planning my escape from him and this nightmare. A plan to save my life!

Hannah Bonde was born in Gothenburg, Sweden in 1970. Her father, a Finnish native and with a Swedish mother, she became a woman of character and Hannah learned the true meaning of survival and sacrifice. At the age of fifteen she met the one she believed would be the love of her life. Fifteen years later the once love of her life had become someone to be feared rather than loved. After enduring constant verbal and physical abuse Hannah managed to escape from the grasp of her soon would be husband. In 1999, she found herself at Los Angeles International Airport with almost no money, no home, and no family or friends. Absent creature comforts and plan for her future, she kept moving forward with the hope of a better life just over the horizon. Hannah managed to start from scratch, build a new life for herself, working as a nanny/personal assistant for the rich and famous. Her passion for helping other abused women compelled Hannah to share her story in hopes that it will give other women the courage to free themselves from their own private hell as she did hers.