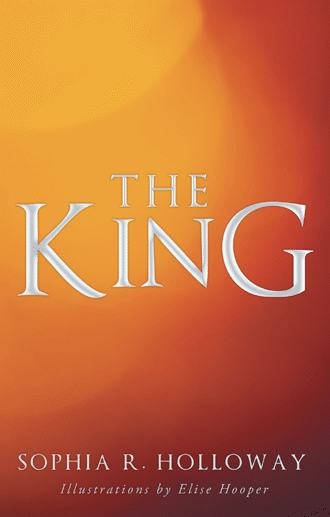 Josef was a young man who lived in a wasteland. Day after day, he toiled to stay alive on his meager supply of food and water. Night after night, he slept and dreamt of being valuable and feeling loved. Mostly, though, in his dreams he heard an unfamiliar voice that called to him and comforted him.

There was a traveler who often stopped by Josef ’s hut made of sticks. He promised to make Josef a prince, yet the traveler scared Josef, who suspected the man was not to be trusted. Still there was the voice in Josef ’s dreams, and one day, Josef decided to follow it. The journey would not be simple, but things worth doing rarely are.

Told as a contemporary allegory, The King documents Josef ’s difficult path to finding his own place in a destitute world. Josef seeks a king of his own and hopes to someday discover the identity of the voice in his dreams. It will be a long trip, wrought with difficulty and despair, but ultimately, Josef will find his divine purpose.