How I Learned To Love The Corps 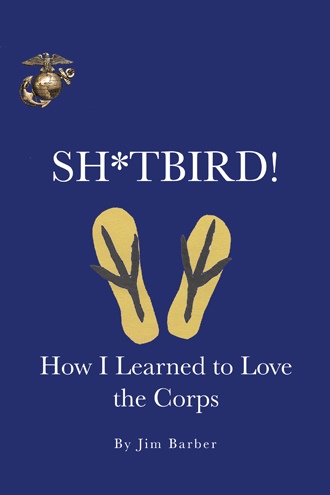 The longest month of my life was my first three days of boot camp. It seemed virtually impossible to say anything to a DI that was correct in his eyes, unless, of course, you were agreeing with his assessment that you were possibly the dumbest, most worthless specimen that had ever crapped between a pair of boondockers. This was one of the first things we learned. In fact, sometimes there just wasn’t a “correct” answer. We had found out within minutes of arriving at MCRD that just about any infraction, whether real or imagined, was punishable by death. Well, maybe not death itself, but you still thought you were in Hell. Actually, one DI told us that it wasn’t legal for him to kill us but there was no stature keeping him from making us with he would and just get it over with. So, when a DI asked a question a wrong answer would usually be accompanied by summary judgment and punishment. Either the second or third day—with so little sleep you couldn’t tell when one ended or the next started—we were in formation waiting to do something or other. Not wanting to waste any time our DI kept us at attention while he meandered between the ranks raising hell with first one boot and then another. He was in the process of chewing on a recruit in the rank in front of mine when a guy to my right, instead of holding “eyes front”, let his eyeballs shift to the action. Big mistake! The DI forgot about the guy he had been working over and charged through to confront the miscreant. “What the f**k were you looking at, Sh*tbird?!!” He’s got his face shoved within an inch of the recruit’s face. “Sir! Nothing, Sir!” “Bullsh*t!! You were looking at me, weren’t you?” Busted. “Sir! Yes, Sir!” “Why were you staring at me, Sh*tbird? Because you like me? Is that it?” The recruit is nervous now. “Sir! No, Sir!” The DI straightens up, the anger replaced by a quizzical look, a little hurt in his voice. “What do you mean, you don’t like me? Why not? What’s not to like?” He lifts his arms up, palms up and turns a circle. “Is it the way I dress?” Now only a fool is going to criticize that uniform. “Sir! No, Sir!” “So you like the way I dress?” “Sir! Yes, Sir!” “And there’s no other reason you don’t like me?” A little edge is back in his voice. “Sir! No, Sir!” The Sergeant smiles. “So, you do like me?” “Sir! Yes, Sir!” Now a snarl. “Well, likin’ leads to lovin’, a**hole. And lovin’ leads to f**kin! Do you believe you’re going to f**k me, you worthless piece of sh*t!!!” Thoroughly confused, the recruit croaks, “Sir! No, Sir!” The Sergeant is shocked again. “Why the hell not? What have I done? What happened to likin’ and lovin’? do you think you’re too damned good for me?” The boot’s head is spinning. “Sir! No, Sir!” “So, you DO think you would f**k me?” “Sir! No, Sir!” A malevolent look comes over the Sergeant’s face. “Well, you got that right, sh*t-for-brains! If anybody around here is going to get f**ked over, it sure as hell ain’t going to be me. And the next time I see you eyeballin’ this…” and he sweeps with both hands down his body, “instead of having your eyes forward where they belong, I will f**k over you and there ain’t gonna be any romance in it! Are we clear?” “Sir! Yes, Sir!” Like I said, no correct answers. 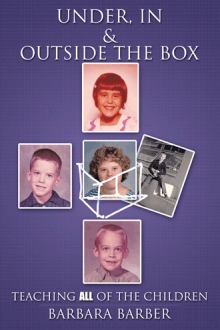 “SH*TBIRD! How I Learned to Love The Corps” is a humorous account of Marine Corps boot camp based on the author’s experiences as well as those of many other jarheads. The book begins with an introductory section that reveals the culture shock that most recruits experience as they step out of their teenage civilian world into one turned upside down. Following are 90 plus funny stories contributed by guys who were there. While most civilians will find the stories funny, they will be especially appreciated by veterans of all services who experienced some form of boot camp.

The author, Jim Barber, joined the Marine Corps in 1958 at age 17, a high school dropout. He was the second of four brothers who served in the Corps, one after the other. After discharge, he entered a career in transportation management. During that period he married, had three children, and earned a Bachelor’s Degree in Psychology at Arizona State University. He is currently retired and resides in Mesa, Arizona with his wife. More stories? contact Jim Barber. Email: bootcampstories4@gmail.com