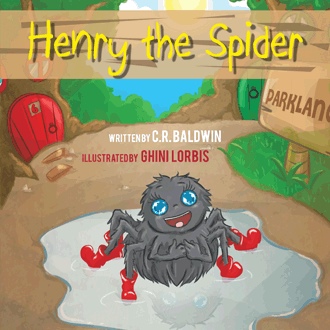 Henry was a large and friendly spider who lived at oak tree number 6 Park Lane, he had big round eyes, long eye lashes and clean white teeth. Just to see Henry smile would have you rolling over in a fit of laughter. Never have you seen such a smile. His long black hair was soft and silky to touch and his boots, his red boots, all six of them were so bright and shiny you could see your reflection in them. Henry would spend a lot of time with his boots cleaning them, he just loved to see them shine. The red boots were his most favourite ones, as he always wanted to wear them whenever he went out. Covered all over in silky black hair, Henry had no need of clothes but he did have a suit that he wore on very special occasions. He had worn the suit once at Mr. and Mrs. Owl’s wedding who live right at the top of oak tree number 2 Park Lane.

Children have the enviable ability to believe; believe in good, bad, myths and monsters. With this imagination they are able to articulate how amazing the world is using so few words yet convey the expanse and beauty of all that’s in it. The inquisitive mind of my youngest daughter and the comedy of my teenager inspired me to write these short witty stories. All my short stories were created on the long walk for my daughter but short walk for me to primary school through fields with cobwebs, in front of large wooden gates that hid behind them tall walls hiding secrets behind green bushy hedges. These are the stores we talked about creating my books I hope you enjoy reading them as much as I enjoyed telling them to my Leia-fay and sharing them with my Ellie.