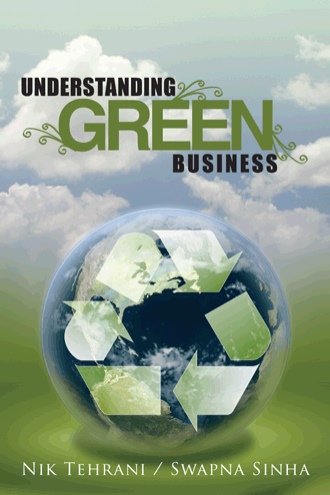 The term `green movement' denotes the individuals and organizations that involve in efforts to safeguard the environment. To a greater extent it was believed that the green movement originated in the US with the publishing of the book Silent Spring by Rachel Carson and legislative actions of the 1970s. However, a peep into the history reveals a different picture. The concern for environment appears to stem from the 1830s and 1840s. The well-known philosopher, Henry David Thoreau, first mentioned in his book, Maine Woods, the need for conservation and respect towards nature. George Perkins Marsh was another key supporter who proposed the preservation of the natural environment. However, such ideas and thoughts were met with stiff opposition from those who believed that it was moral to use the land economically and leaving land unutilized was wasteful and uncivilized. This conflict is still prevalent in the current times. Later in the 1860s, the US government set aside land for parks for public use. Several parks were established, such as the Yosemite, Sequoia and the General Grant parks. Though this era was supportive to environment, especially with the implementation of the Forest Reserve Act (1891), it was also a setback when the government passed the General Mining Act of 1872. While the former, allowed the government to set aside forest reserves from the land in the public domain, the latter allows the government to authorize and govern the prospecting and mining for minerals such as gold, platinum and silver on federal public lands, which again is detrimental to the environment. During the 1900s, two prominent supporters, Teddy Roosevelt and John Muir publicized and popularized the significance of conservation. However, the two World Wars and the Economic Depression forced environmental issues to the background, as there were other concerns for the country to battle with. The awareness about environmental issues was also limited among the Americans. Only natural disasters seemed to divert the attention to environmental concerns, which very soon faded from public memory. However, after World War II, there was a certain amount of significance on conservation of land, while other issues continued to be ignored. This continued until 1948, when death fog disaster created a stir across the nation. There was also an increased pace on industrial and technological development, which led to a gradual awareness that conservation is beyond saving forests and establishing national parks. Around the same time, Rachel Carson's bestseller further revealed the use of toxins in consumer products and the harmful outcomes of controlling nature. Other incidents such as the oil spill in Santa Barbara and prevention of damming the Grand Canyon further received media attention and created more awareness about environmental issues. Finally, in 1964, the Wilderness Act was passed which limited the construction of dams on landmarks and lands of national and ecological significance. During these years, the Environmental Protection Agency was established which was an important achievement in the history of the green movement. As a matter of fact, the late 1960s and the 1970s are considered to be the era of the modern green movement. During the 1970s, there were several acts introduced to clean and protect the environment. The Clean Air Act, the National Environmental Policy Act and the Endangered Species Act were some of them. Other initiatives were the ban on dichlorodiphenyltrichloroethane (DDT) , a popular synthetic pesticide and the beginning of the annual Earth Day also created awareness. Public was also sensitized to disasters such as the Three Mile Island disaster in 1979, the Love Canal disaster in 1978 and the oil spill of Exxon Valdez in 1989. Though there was enough public awareness about ecological issues and federal laws in place, the industry continued with its pace of growth and ignored the protests and strictures. During the 1990s, the environmental protests took a radical transformation with the rise of groups such as People for the Ethical Treatment of Animals (PETA), Earth First! and Earth Liberation Front (ELF). The protests made by these groups received media attention. While some focused on corporate mistreatments others focused on animal rights. In total, there were several groups using various methods to attract attention and generate action to protect the environment. Though there was an increased awareness and acceptance of these groups, they also invited ridicule and were considered misguided environmental fanatics. Later, after the 9/11 attack and a series of catastrophic natural disasters and evidence of climate change, there was a scientific consensus about the environmental concerns. There was an increased pro-active participation from the businesses to care for the environment. Many consider such initiatives as a long-term strategy to build a positive image and a gimmick to increase the profits. However, this has sped up the pace of development of eco-friendly products; consumers are thus embracing such products and this has resulted in increased sales of hybrid vehicles and organic products. With such a heightened level of awareness, companies are embracing green practices, be it in manufacturing or marketing or others processes. This book will bring out the various facets such as manufacturing, information technology, transportation and marketing and advertising that are going green and are getting labeled as “Green Organizations”. Green organizations is the term given to companies that are involved in developing products that are environmentally friendly and through process and use of materials that have a low impact on the environment. 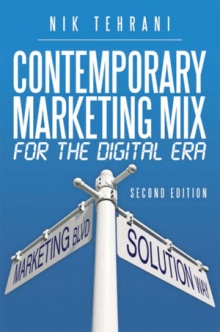 Why Understanding Green Business? With every new day society has become more aware of the increasing threats to the globe due to the non-environmentally friendly practices that have been occurring in the previous years. Due to the newfound awareness, people have taken greater lengths to pass laws, alter company policies and change their everyday lives to do their part in helping to preserve the environment and prevent any further damage. Rather than taking the easy route and continuing their habits, society is putting forth a consciousness effort to go out of their way to improve the environment in any way they can. As a collective force the going green movement will better the environment and allow further generations to enjoy a clean and productive world. How is Understanding Green Business structured? Dr. Tehrani and Dr. Sinha dedicate each chapter to a different aspect of “going green” in this book such as products, transportation, networking, research, and energy alternatives. In addition, the authors discuss green careers and provide useful information on how to go about working at a green company. The future of the green movement and its impacts are mentioned so as to provide a potential impact of current changes in the future. It also shows a possible interpretation of how the future green movement shall be exercised. Who is this book for? This book has been created as the core textbook for Business professionals, industry practitioners, academicians and students who would like to hone their business skills, and keep up with the latest trends in Green Business. As a result, Understanding Green Business will support students pursuing a master degree in MBA, Certificate in Management or a Diploma in Management and/or Business while undergraduate students in business programs.

Dr. Nik Tehrani teaches E-Business, Management, and Marketing courses at California State University - East Bay, University of California, Berkeley extension, and Northwestern Polytechnic University in Fremont, CA. He earned his PhD in Business Administration with a specialization in Electronic Commerce from Northcentral University, holds an MBA with a specialization in Executive Management from Pepperdine University and a BS in Electrical Engineering. Dr. Tehrani is also the President and CEO of Savitron, Inc., an Electronic Manufacturing Solution Company. Prior to Savitron, he was the Global Director of Program Management at Sanmina-SCI, a leading EMS provider focused on delivering complete end-to-end manufacturing capabilities and highly complex solutions to technology companies around the world; the managing director and founder of Majital Solutions, a Manufacturing and Engineering Consulting Company; VP of Sales and Engineering of ACI, an Electronic Manufacturing Company; and VP of Operations of CoMan Manufacturing, Inc. Dr. Tehrani can be reached at nik@niktehrani.com. For more information please visit www.niktehrani.com. ---------------------------------------------------------------------------------- Dr. Swapna Sinha, CEO of a business and technology consulting start up company, is an entrepreneur, investor, educator, consultant, corporate trainer, project management professional, and a mentor to several Bay Area companies and executives. He has a Doctorate in Business Administration with an emphasis on Strategy and International Business from Golden Gate University, San Francisco, California. Dr. Sinha brings a rich experience of twenty years, having worked in leading FORTUNE 500 companies and has diverse experience from tire, management education, oil, IT consulting and banking industries. Dr. Sinha has acted on several occasions as a guest faculty member, motivational speaker on leadership strategy, and speaker on various industry and educational forums. He is also a corporate trainer on strategy, motivation, leadership, and organizational development. His areas of research interest include international marketing, strategic management, business strategy, financial management, utilizing quantitative techniques, technology systems in business, and consumer behavior. Dr. Sinha can be reached at sam@strategisminc.com. For more information please visit www.swapnassinha.com.