The Leader In The Mirror

The Legacy Leader's Critical Self Assessment 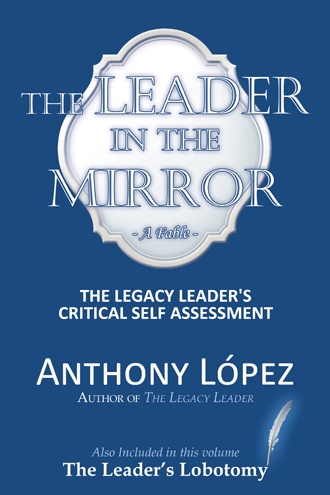 From the INTRODUCTION of “The Leader In The Mirror” The leader’s journey is one of exploration, growth and self- discovery. That has certainly been the case for me. Over the past twenty five years, I have studied the subject of leadership and have come to the conclusion that it’s an evolutionary process. Biologists define evolution as the change in genetic material of a population of organisms from one generation to the next. Although the changes in any one generation may be small, differences accumulate with each passing generation. Over time, these changes become more evident and significant. In fact, sometimes this slow transformation is even the genesis of a new species. The basis of evolution is that genes are passed from one generation to the next. These genes give organisms their inherited traits. Mutations of these traits begin to take place as the environment changes, or as the need develops for the organisms to adapt and survive. I don’t blindly ascribe to Darwin’s theory of evolution. As a Christian, I know that God created man, the universe and everything in it. Whether He chose to use the evolutionary process or not, I do not pretend to know. I will leave that debate to the greater thinking minds of our time. However, as it relates to the leadership process, a theory of evolution makes sense to me. According to Darwin’s theory, evolution is a slow, gradual process. In On the Origin of Species, which was published in 1858, Darwin wrote: …natural selection acts only by taking advantage of slight successive variations; she can never take a great and sudden leap, but must advance by short and sure, though slow steps. Darwin concludes that it is this natural selection that leads to survival of the strongest members of a species. The same is true with leadership – not only in our own personal leadership journey as individuals, but also in the evolution of the science of leadership. Over time, with new insights, ideas and even new technologies, leaders evolve and change. Hopefully, from one generation of leaders to the next, we pass down the best “genes” and leaders get better with every passing age. Unfortunately, that’s not always the case, but the journey continues and our quest to become better leaders must go on. Importantly, our mandate to create an even better generation of leaders for the future also goes on. This is the fifth book in The Legacy Leader Series. The first – The Legacy Leader: Leadership With a Purpose – began with my thesis that, of all the traits a leader can and must posses, only two are non-negotiable. Those two non-negotiable qualities are character and integrity. All other qualities and skills necessary for effective leadership can be acquired via education, experience, and especially The School of Hard Knocks. Character and integrity, however, are woven into the very fabric of our DNA and are non-negotiable. Once character and integrity are compromised, the leader fails to reach the maximum level of effectiveness they could have attained had their character and integrity remained whole. The Legacy Leader also addressed the mechanics of leadership. It presented the most fundamental qualities and behaviors that leaders must exhibit if they are to build “Achieving Organizations” and a personal legacy of which they can be proud. The second book in The Legacy Leader Series is Breakthrough Thinking: The Legacy Leader’s Role in Driving Innovation. It addressed what the Legacy Leader must do to drive teams and organizations to accomplish things they might have initially thought impossible. In the third volume, The Leader’s Lobotomy, we explore what can happen to high level leaders who, suddenly and without warning, develop a horrible disease called PIA – Promotion-Induced Amnesia. In this humorous fictional account, we address a subject of profound significance: the leader’s need to ensure that they practice the most fundamental and important elements of leadership. We introduced the main characters of Jim, a recently promoted executive, and Ted, his Corporate Guardian Angel. The story walked us through a year in Jim’s life as a new executive, and how Ted coached him on important leadership fundamentals to ensure that Jim avoided contracting the dreaded Promotion-Induced Amnesia. The 2nd Edition of The Leader’s Lobotomy is included in this book as Section II. The Leader In the Mirror picks up the action eight years later when Jim is promoted to president of his company. Ted – back by popular demand – re-enters Jim’s life to help him take a hard look in the mirror and conduct an honest leadership self-assessment, and to encourage him to stick with the process even if he doesn’t like what he sees. As in The Leader’s Lobotomy, any similarities between characters in this short story and individuals you know – including yourself – are not a coincidence, and are very much on purpose. Although the story is fiction, many of you will relate to its universal truths. I know I do. I admit that the tale feels somewhat autobiographical at times. I’ve looked in the leader’s self-assessment mirror, and the reflection is not always pretty. However, taking that critical step of self-assessment is a must for any leader who wants to become a true Legacy Leader and be the best they can be. As I pen this book, I am humbled by the realization of the significant gaps in my own leadership abilities. If failure is a great teacher, then I am learning much along the way! One thing I do know for sure: the moment you become complacent and start believing that you have reached the peak in your leadership game is the moment when you have the greatest opportunity to fail. Thus, as it was with my previous books, I write this one with myself as the target audience. Despite some setbacks and encouraged by a few successes along my leadership journey, I am committed and striving to become a Legacy Leader. I have a long way yet to go. Shall we make the trip together? Anthony López 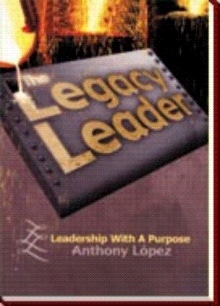 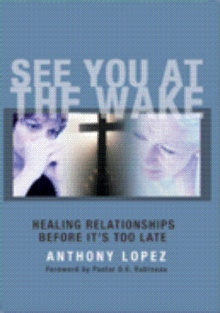 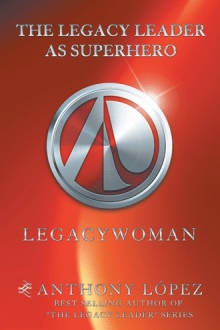 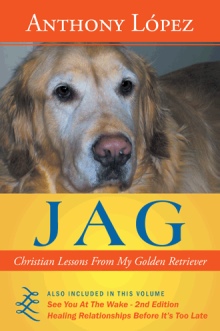 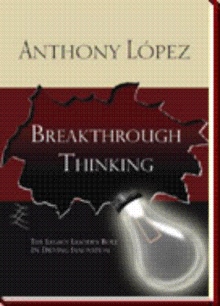 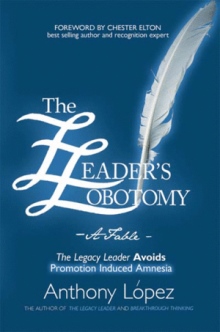 “In the hectic pace of business today, none of us have the time to read War and Peace. These books will engage you, make you laugh, and more importantly, they will make you think. If you read them right, they will also make you ACT! ” Chester Elton Best Selling Author & Speaker The 24 Carrot Manager

“Reading The Leader In the Mirror will take the reader only a few hours. Applying the lessons in it will take a lifetime.” Raymond Arroyo Chief Diversity Officer, Aetna

"The work of leadership is our life's work and this book is a wonderful, engaging tool to help guide that journey. A must have for the learning leader's tool box.” Kaye Foster-Cheek SVP Global Human Resources Onyx Pharmaceutical