Book One: Art And The Artisans 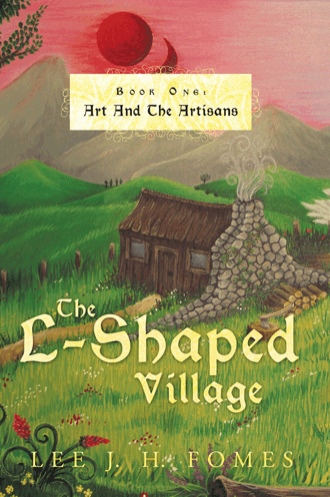 The man sat down in a rather large chair that made him look even smaller and started to unpack the contents of a small backpack that had been rather neatly concealed behind his back. He got out a rather battered but shining metal tankard and two little screw-top bottles, one filled with black powder, the other a sort of light brown. He poured a little of each into his tankard, then pulled a gourd of water from his backpack and filled the tankard up to the top. Then he reached into his inside pocket and pulled out another little stopper-bottle, this one filled with perfectly clear but vigorously bubbling liquid. He let one drop fall into his tankard, which immediately started bubbling and steaming like it was boiling. He pulled out what looked like a miniature oar made of silver and started stirring as he looked up at Art. ‘My name is Maga. I come from a faraway place that you can get to in an instant if you know the right people. Fortunately for me, I do,’ he said. He stopped stirring and took a sip from his tankard. ’You mean Pud and Jimma?’ Art asked. Maga raised his eyebrows. ‘Oooh, you picked that up even under stress? I’m impressed. Not bad for a human,’ he replied. ‘I’m beginning to understand why the Boss is so interested in you.’

Art Elfee is in his final year of school, and whilst trying to deal with the unexpected attentions of the prettiest girl in his year, he is also hiding a huge secret; one of his best friends is a sprite, who appeared from nowhere four years in Art’s past. Art believes their very treasured friendship has remained a secret, but the appearance of a magical Amulet transports him to a strange world, and a snow-covered village, where one of it’s inhabitants lets it slip that Art’s sprite-friend may not be all he seems...
Arthur seems like a very ordinary boy, but over the course of his fantastical journey discovers he may just be at the centre of one of the most misunderstood legends of our time, that also turns out to be far from mythical. And although he has never been anything but amazingly unremarkable, Art Elfee could just be the boy with the coolest destiny of all.

Lee Fomes was born and raised in Hampshire, in a small village called Medstead. He began writing stories of total fiction for pleasure at an early age, often airing them on his unfortunate brothers and sister when they would have really rather been in the huge expanse of garden at the back of the house, as Lee often was. His inspiration for this novel was plenty of happy Christmases at Redcote, the family home, and many more at his own home with his wife Hannah, and his twins William and Molly, to whom this book is dedicated. He is a professional musician in the Armed Forces, has a degree in Music and Social Science, and lives in Cuxton, a small closely knit community in Kent.