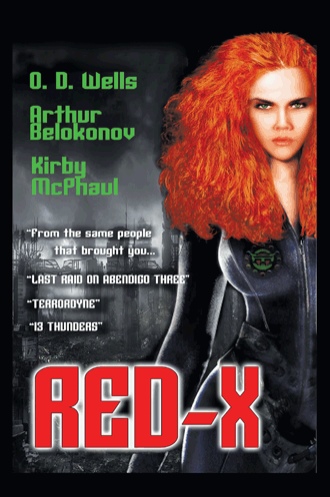 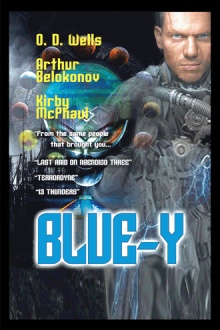 This is an age old story of love between a man, a woman, and how sometimes in finding love you have to take on the whole world, and at times... even two. The Allun: a dying race of women from the planet Ki, have their eye on earth, and mankind is the hot commodity... perfect for breeding with. With a kiss, advanced infiltration squads get agants next to the men that possess the power and control, to ultimately seize it at just the right time in one swift move. Lead science officer Zodoo, is working to synthesize a formula called Red-X, which suppresses their natural instinct to kill the male at the height of mating. She is part of the Resistance, and finds herself at odds with her orders when she discovers love... Now in a race against time, she must save her people, protect her lover James, and somehow stop the impending slaughter of mankind without being killed, arrested, exposed, or used as a guinea pig herself....

O. D. Wells, Arthur Belokonov, and Kirby McPhaul are all military veterans and friends that met In Las Vegas, Nevada at a film studio in 2009. O.D.Wells, is experienced in aerial combat, cosmology, sound engineering, graphic design, game design, song writing, and is a skilled musician; he is best known for his Terrordyne series "Last Raid on Abendigo Three, Heaven and the Deconstruction of Nimrod, and 13 Thunders". Arthur Belokonov is an experienced sword fighter, martial artist, stuntman, graphic artist, magazine publisher, cameraman and film director. Kirby McPhaul is an editor, experienced in sales, graphic arts, construction, politics, psychology, role-playing game design, and is an accomplished, musician, and certified massage therapist. The three men have traveled the world, had similar experiences as veterans and found it natural to collaborate on this new "Red-X, Blue-Y, Gold-Z" sci-fi trilogy due to their having similar visions of the future as well as the unexplained nature of things.