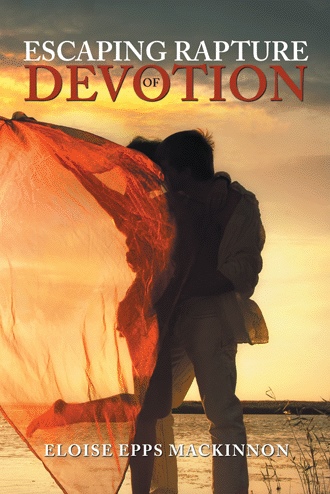 Ella’s core of devotion for Aaron was so fervent and riveting she realizes no other man alive; apart from him, could stimulate or even rekindle these zealous emotions her body and soul was craving again; only him! Wearily, Ella sinks her rump downhill on the Nook's circular padded seat enclosure that extends off the large bay window. She takes the solidity off her fast shrinking body, as she calmly raises her hands to upkeep her head from tumbling upon the pane. Ella rationalizes verbally, “How peaceful the stillness of the empty office is to me right now.” Within the quiet room, Ella’s mind starts to over-and-over dwell on all its misery from this weekend and focusing more-and-more on how she lost Aaron. On the other hand, Ella didn’t know what lurks over its horizon. She could never have foreseen an interlude; so scandalous, that is occurring, or this feral sidetracked rendezvous. She is on a slippery slope spiraling down as Ella feverishly goes back to her desk craving the sensual touch of Aaron’s hands upon her nude body! She sits to release the weighty burden prancing away upon her soul. A force begging hungrily for a morsel of relief from her to set it free, as that mesmerizing energy enthralls Ella’s entire core with these sizzling memories of no other than Aaron. Her heart was spinning out of control as Ella’s mind tussles inside to escape the rapture of devotion. For her heart’s first real devoted love these were not easy stages to undergo. This moment all she knows is her heart was bleeding for him. The only man she has ever loved, and her body is craving him so now; she needed Aaron! She could no longer battle with her mind over these urges. Ella’s bare body is deposited atop her office desktop asleep. Ella’s lifeless to the world from her pursuit of an unusual, daytime romantic adventure in her wonderland of the mind with Aaron. Stirring, Ella’s rejuvenated by the soft-hearted touch; however sassy, stroking her jewels. It’s as if an invisible, hand mischievously gropes her bare body. Unbelievably she shrieks this animated purr with an indecent pitch of sheer satisfaction, “Mmh … Oh my goodness!” Ella’s body cannot budge; her gusto was racing from an automatic pilot mode. Her hush-hush trinkets below were tingling with delight. “I_ I,” mere words appear to escape Ella’s lips during that chance meeting of rapture. At this brief spell, Ella’s in awe, “Simply awesomeness!” These are the only words that would escape her mouth, as she cajoles, “Oh My! What a joyful moment of sheer pleasure I had! Woww! This feeling of his masculinity, I do agree was great! I do believe “Mr. Tony the Tiger” roar it best. It’s GREAT!” Ella squeals of pure ecstasy. She’s feeling much the same sensations as from the effects of fireworks on the Fourth of July. Ella raves on-and-on! She’s thirsting with a penchant and not giving an inkling to the facts other than herself; she’s alone in the entire office. Not a soul but she exists in this space. Ella whispers ever so softly, “Alone __!” Thoughtlessly she pauses while quizzically glimpsing into the front of her in the mirror on the wall curiously. “Who am I schmoozing up with in here?” She fearfully mumbles in a state of bafflement. “Who __?”

Escaping Rapture Of Devotion is this riveting fictional romance tale capturing the life of Ella Epstein, whose life with her “Boy-Friend Rules” has become like the Argentina Tango; unveiling all its twist and turns to escape the rapture in a romance that takes her by storm. Ella; a small-town Woonsocket girl, who’s heart has had its full with men, and all those little burning emotions called love. A man was really the last thing on Ella’s heart today or any day until she sights this vision of a Knight In Shining Armor, who casts his image over her blanket at the Newport Jazz Festival. Ella is in love at first glimpse upon seeing all of this heavenly creature’s glory in the flesh. Until Ella lay eyes on Gordon McNeil, she has only seen love in a romance novel or movie. However, now she’s living the fairytale romance herself similar to all the ones she has ever witnessed in the flash of an eye. Only thing, Ella’s new-found love, she finds hard to deal with. Ella’s spinning out of control; she’s in a state of frenzy, doing all sorts of things in the name of love! Never in her wildest dreams would Ella ever imagine going home so happy. Ella has, what her friend would call, the brass ring on the merry-go-round of life from the Newport Jazz Festival. Her eyes and heart are in love at first image with this stranger who set her world aflame. Ella’s never known any man who made her thirst for him so greedily, the way this man does without a touch or words. Until the night intrusion of its phone number fiasco, which tears Ella’s heart apart from him too soon; while this evening was still young for them both. After several weeks of agonizing over her loss of Aaron, a little trusty work of one PI and two trusted friends helps Ella reunite with Aaron in a flaming bond of love; even stronger than before! Ella knew all her prayers had been answered through her love and faith in a trusting God!

This is my first novel, but as an avid reader, I was inspired by so many wonderful Authors. It would take more word to say thank you by name to all of them than I have space. However, my favorite genre has always been romance in which it appears to view the beautiful woman as the one who always gets her Prince Charming. At least in most of the romance books which I have read. So, I wrote my book with a message in mind for all of “us” fuller ladies who believe they’re less desirable to a man because of a few extra love handles. Or the beautiful woman who was wondering why not me? I truly believe God created someone for everyone. So, when your “Knight In Shining Armor” does come along; as with Ella’s in this novel, he’ll see the beauty in you which no one else could see; other than our precious God, Mother or Father. We have all heard this phrase, “The attitude of the most beautiful person can make them ugly!” So, with that said, never think of yourself as less than beautiful because women, we’re all beautiful in God’s eyes as long as we possess the right attitude!! Also, this was something I was raised to believe by my Mother. My Mother always said that the beauty of a woman is in the eyes of their beholder, and not sometimes visible to the eyes or on the surface! That visual beauty of a woman is not always measured in her outer appearances such as facial features, skin tone, or size. Rather in the outer attitude of her heart and soul. Remember, if the man you’ve chosen does not see you that way then perhaps he is not your God chosen “Knight In Shining Armor” because, with Ella, Aaron was hers. He only saw her beauty inside and out.