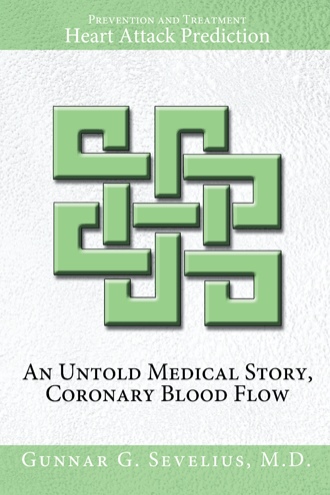 Stockholm, 1955 - A Medical Idea A common medical complication during pregnancy is so called “toxemia of pregnancy.” It is characterized by high blood pressure, gain of weight, and protein in the urine. It is most common in obese women. The idea was that the growing fetus within the uterus was dominating in its demand for blood, causing the kidneys to be hungry for oxygen. A blood-hungry kidney cannot do its work normally. The kidney will let protein from the blood through to the urine and may raise blood pressure to relieve its oxygen hunger. In obese women, not only the uterus but also the extra fat would lower the margin for blood available to the kidney. I had to work within the field of obstetrics in order to pursue the idea. There was a job opening at a large women's clinic in Stockholm. I was 27 years old and worked as a licensed physician for the first time. At the time, I was reading about measuring blood flow by marking the bloodstream with a bolus of isotope and recording its flow with a detector placed over the skin. It might be informative to record a change in blood flow to the kidney versus to the uterus in toxemia of pregnancy. In 1948, Dr. M. Prinzmetal, the inventor of surface scanning, named a recording from the heart area a “radiocardiogram.” The marker of the blood was an isotope Iodine-131 bound to a simple blood albumin. Circumstances would have me work with the radiocardiogram for the next 13 years. For different reasons my publications on the subject are spread to sites not easily accessible. The purpose of this publication is to collect all the publications of this work into one place. The scientific reports constitute the appendix to this publication and act as the background to my personal story. The overall purpose is to promote the radiocardiogram as a simple technique to evaluate the efficiency of the heart, the basic energy source for the total body all through life. The Chief of Medicine, Dr. Lars Werko, came for weekly medical consultations to the Department of Obstetrics. He listened to my idea about toxemia of pregnancy. He arranged for me to go to the United States for a year as a first-year resident in Internal Medicine. This was a deviation from my interest in OB/GYN and surgery. My classmate/colleague, Hilli, who was now also my wife, and I figured we would make the best of it just for the fun of visiting the USA. Oklahoma City, 1956 From Kidney Flow to Coronary Flow At the end of September, I reported in to Professor Stewart Wolf, Chief of Medicine at the University of Oklahoma Medical School. I told Professor Wolf about my wife graduating three months after me. He answered, “Ask Hilli to come over when she has graduated.” Hilli arrived at Christmas. Both of us enrolled in a First Year Residency in Internal Medicine. My wife was three months behind me in her residency year and I was free for three months. Dr. Phillip C. Johnson, a very dynamic and open personality, was Chief of the Radioisotope Laboratory at the Veterans Hospital in Oklahoma City. He listened to my ideas about scanning the bloodstream. In 1955 Dr. Huff et al. had reported that he had a formula to calculate the cardio output (CO), the total amount of blood the heart pumps per minute, using the Prinzmetal radiocardiogram. The CO was simply blood volume (BV) times the ratio between the equilibrium recording (E) (the follow-up steady state recording when the total blood volume was homogenously mixed with the isotope) and the area (A) under the flow curve. CO = E/A x BV x 3 where 3 stood for a correction for the different units involved in the calculation. Dr. Huff et al. had never explained why his formula worked and neither had anybody else. BV was not a part of the regular dye formula for the calculation of cardiac output. The dye formula was a pure time/concentration curve calibrated directly in the sensors for the recording and with no factor dependent on BV. Dr. Johnson picked out what I needed from his large isotope laboratory. His laboratory occupied almost a full story of the Veterans Hospital. We would start with placing two detectors, one over each kidney. The radiation exposure was minimal (that is, 20% of a chest x-ray's 30 mrad or about a total of 6 mrad). A veteran volunteered. Soon, I sat at a desk looking at a long wiggly curve. Which of the wiggles represented the bolus passing through the kidneys and were not simply scintillations from the isotope? I had to know when the blood reached the kidney in order to at least know when the kidney blood flow started. I got an idea. I would mix the isotope solution with a mixture that tasted bad. When the patient felt a bad taste in the mouth the isotope had also reached the kidney. Blood moves very quickly in the bloodstream; the time from the arm to the tongue is usually around 16 seconds. The difference between the arrival times to the kidney and the tongue would be minimal or fractions of seconds. When the patient felt a bad taste, the recording indeed started a larger peak. This was the time in medicine when kidney transplants were sensational. A veteran with a non-working left kidney was admitted to the hospital. I was asked to do a flow curve over each kidney. I showed the recordings to Professor Wolf on a Saturday morning. There was no doubt that one could see the difference in the curves from each kidney area. While looking at the recordings Professor Wolf said, “Gunnar, you stay here and do this.” Monday morning I had a lab to work in and the head technician, Dan Patrick, to help me. 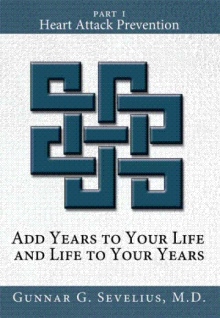 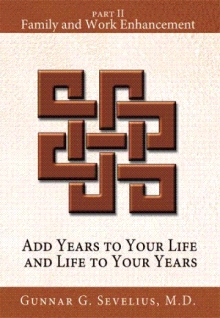 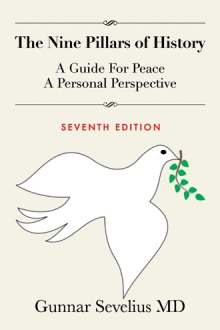 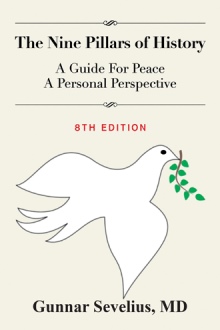 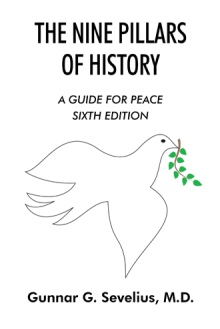 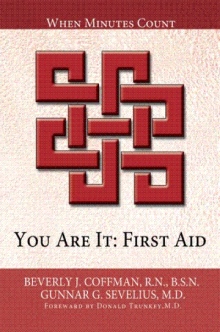 The book describes Dr. Sevelius' long career as medical scientist, pursuing specifically what can be learned from a radiocardiogram (RCG), the recording through the skin of the heart flow, the cardiac output (CO), the most fundamental of all body functions. The RCG has been slow in acceptance in clinical medicine. One worry has been the radiation. The radiation is approximately one-third that of a chest x-ray and should be of minor concern with proper education. Another difficulty is how to interpret the results. Other techniques for CO measurements have had similar problems, not because the techniques were wrong but because the interpretation was based on wrong premises with too wide a standard deviation for proper diagnosis in clinical work. Dr. Sevelius introduces two new assessments: hemodynamic and metabolic. With these interpretations the heart as a pump is first judged according to the size of simultaneously measured blood volume it has to pump and second, separately, as to how large a body the heart has to supply with oxygen. The hemodynamic evaluation of the heart flow is found to be a good predictor to a within six-month pending heart attack. This would make the RCG an exceptionally simple and useful tool for diagnosis in clinical medicine. This book collects Dr. Sevelius' work in digital format to make it easily available. It is Dr. Sevelius' hope that his work will inspire some young scientists to follow up his work because of its wide application in modern medicine.

After graduation from Karolinska Institute of Medicine in Stockholm, Sweden, Dr. Sevelius declared interest for blood flow marking the blood with an isotope and measuring regional blood flow through the skin. He was recognized as having research ideas worth pursuing. He was sent to University of Oklahoma Medical School in Oklahoma City to explore what he could do. He identified coronary blood flow from the radiocardiogram. The Federal Aviation Agency sponsored Dr. Sevelius to study the quantitative assessment of fatigue and aging as possible objective indicators for heart attacks in pilots. Dr. Sevelius also joined a group of 13 scientists to study the psychosomatic relationship of life events with heart attacks, a study sponsored by the National Institute of Health. Dr. Sevelius followed his academic work with appointment as Medical Director, first for the National Aeronautic and Space Agency (NASA), and later for the Lockheed Missile and Space Corporation from which he eventually retired after 20 years. As Medical Director he initiated employee heath education. See "Add Years to Your Life and Life to Your Years." In retirement, Dr. Sevelius turned to Anthropology for a possible generic explanation to wars among nations. See "The Nine Pillars of History."