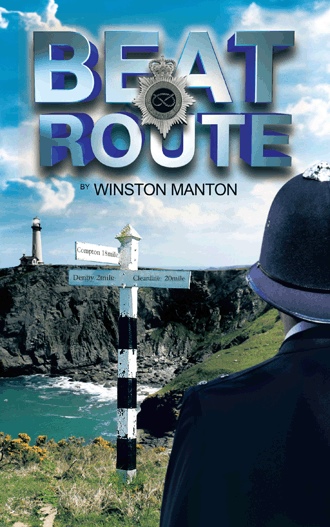 No taxis on the rank, I was already wet, so what the hell, only ten minutes walk to the nick, so I took off as quickly as I could. I arrived at the front door reception area of the station. In front of me were a very well dressed couple obviously returning from a very posh night out, definitely matching the gleaming Bentley parked conspicuously in the front visitors car park. The duty officer behind the desk activated the security lock and let me into the station area without a word. I buzzed to be let in to the cell area and walked into the usual night time mayhem to be met with a very sombre faced custody sergeant. “Good morning Sarge” I said as carefully as I could, well aware that I had had a few drinks and trying not to slur any words. “Just look at the state of you” she sneered. I glanced sideways at my reflection in the darkened windows. I was wet, dripping in fact, the blood was running further into my white shirt, and I must have smelled of alcohol. “Do you realise who you’ve locked up?” she snarled. “Somebody said it was a big wig’s son” I offered in an offhand manner, “but you can see he was well out of order and obviously on something more than just booze.” “Can’t we just tell” she said, nodding her head towards the line of cell doors further down the corridor. One occupant in particular was not taking well to having been locked up. He was kicking and punching the steel door for all he was worth, screaming obscenities at the top of his voice. “Is that him in five?” I asked with a grin. “Sure is, and when he calms down he will be facing more than a breach of the peace. He kicked the police van causing damage and injured someone as they got him into the cell.” “Not only that, but Mummy and Daddy are at the front desk demanding to see their loving son. I told them they would have to wait for the arresting officer to turn up. It’s all yours!” “Oh boy” I thought “I bet this is the first time they have ever seen the inside of a police station, let alone a cell.” I made my way out to the front desk and opened the security door. The lady in the posh fur coat looked at me as if I was something unwanted that she had stepped in on the pavement. “Mr & Mrs Trowell?” I asked expectantly. The man jumped to his feet as if the seat had been on fire. “Not you? You’re not the one who arrested him surely? You are no better than the rest of the yobs out there!” “I am not here to argue” I said confidently. “I understand that you have been given special permission to see your son, which is most unusual.” “My friend the Chief Constable will hear about this first thing in the morning. You will be out of a job by lunchtime” boomed Mr Tony Trowell MP. “I must warn you, your son is in an excitable state.” “Well, wouldn’t you be, being locked up like a common criminal in this hell hole.” boomed Mr Trowell. As we were buzzed into the holding area we could hear the commotion coming from cell number five. The smell of vomit pervaded our nostrils and the assorted noises from elsewhere within the area created quite a racket. “My God, what sort of animals have you got in here” Mrs Trowell said in an air of haughty disdain. I grinned inwardly as I nodded to the Rottweiler to pass me the cell keys. “Is it OK for them to see their son Sarge?” I asked respectfully. “Just use the hatch and take care” she said with an evil grin. I led the couple across to the line of cells, but then the haughty smirks on their faces fell as they stopped outside cell number five, the name “Trowell” written clearly in chalk on the board outside, as the door rattled under the constant barrage of kicks and punches and the nonstop filthy verbal onslaught coming from within. I opened the spy hole, standing well back just in case a pointed finger or other undetected sharp object was pushed through. “Trowell” I snapped “you have a visitor.” I slid back the bolt on the feeding flap. Mrs Trowell bent down in anticipation to see her dearly beloved “never do anything wrong “son. Just then, as I had anticipated, and I guessed the custody officer had as well, there was a deep guttural sound from inside the cell as the occupant filled his mouth with as much phlegm as he could, to be launched with full force at whosoever dared to put their face in the space of the hatch. I stood sideways and dropped the hatch, just as Mrs Trowell bent down to be greeted with a mouthful of slimy mucus and phlegm launched from the mouth of her wonderful son which landed square between her eyes. She gasped in astonished horror and indignation. The son gazed out onto the one face in this world that he would never have expected to see and fell immediately silent. As the phlegm dripped from her face, Mr Trowell senior’s unusually pale face seemed to regain colour. He took one look at his wife, another at his son, and then angrily slammed the inspection hatch shut and roared: “Lock him up and throw away the key!” as he passed his wife a handkerchief and half marched, half dragged her out to the exit. Nothing needed to be said as I showed them the way out. “I wonder if my job will still be there on Monday” I mused inwardly as I returned to the interview room to write out my statement. Amazingly the sound from number five stopped.

This is the story of the daily life of a police officer on the beat in a rural market town on the North West coast of England. Police Constable Tom Springfield is a family man who voluntarily transfers from a busy industrial town to the rural police force of Denby. Unlike in the big town he realises that he will no longer be a faceless number, but a familiar figure to the locals in the town, something he welcomes heartily. He quickly learns to adjust as his daily duties include dealing with the drunks, thieves, death and dragons…. The stories in the book are all based on true life and death incidents experienced by the author during his time on the beat. All identities have been sufficiently changed in order to protect the guilty, as well as the innocent. Winston Manton is a pen name.