Making your Life A Success

Wisdom, Guidance and Strength for Life 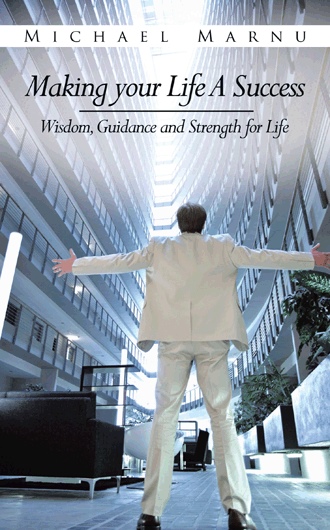 Anansekrom is a very popular Ghanaian family get-together that takes place every summer in a park. As I drove my daughter and niece to Offset, near Lakeside for the event, I became stuck on the M25. For no good reason the M25 was at a snarled-up standstill. It had taken me over an agonising two hours to travel just a hundred yards. In the words of Jeff Lucas, even snails were overtaking me. I did not need a prophet to convince me that it would take over a year to travel the 30 minutes’ journey as calculated by the navigator. More than twenty times, I turned the ignition key and switched the engine off to save fuel. I drummed my fingers impatiently on the steering wheels, fiddled with the sound system, took a brief nap, looked bored and fed up with the tortuous traffic. I wasn’t going anywhere soon.

I began to compare the situation to circumstances of life. My life is stranded in traffic. I clearly love to move forward, to feel as if I am making some progress, that I am living with authentic purpose. But the reality is different. I do steer through the years but on a joyless joyride that seems to get me nowhere. I would be glad if I could navigate through it all without too many accidents or jams. But the journey begs the question ‘what is the point?’ Why am I living with frustration, emptiness, despair, hopelessness, disgust, apathy or anger? What is the point of going on day after day in the same meaningless way? How can I find a sense of purpose to go on? Is life really worth living?

Then it occurred to me, ‘Twelve young men committing suicide every week in the United Kingdom. The male suicide rate between the ages of 15 and 24 has soared by 70 percent since 1976 to overtake the number killed in road accidents. Young men are twice as likely to suffer depression as their predecessors a decade ago. Two out of three on the brink of killing themselves feel they have no one to turn to, according to a study by Oxford University. Every human being wants success. Everybody wants the best life can deliver. However, not many people are making it. The world at present is in a state of chaos. To many, the politicians, world economy, materialism and religion have all failed them. Everyone is looking for a solution to life’s problems.

Then I realised that, in a sense, the answers to these questions are in my hands. There is a message of life. It never lowers its standards or modifies its conditions to make events readily acceptable. One may change or be changed by its terms. If a person wants life on their own terms, they may end up being sorrowful. The cycle of life has mixed blessings, and each of them has a possibility of occurring. It is quite disheartening to realise that life is strewn with the wreckage of derelict half built towers – the ruins of those who began to build and were unable to finish. Maybe I am too psychologically immature to lead my own life. Maybe I have entered the cycle of life without first pausing to reflect on the cost of doing so. Life is justified because I am a mediocre achiever and stopping at failure.

In truth, I have discovered that life is not a mere passive acquiescence in a series of events. I may go through circumstances but this does not make me a winner. I have to make a positive response to life by committing myself unreservedly to it. No one can deny the fact that life includes an offer as well as a demand; opportunities as well as risks; joy as well as misery. If life offers us victories, it also demands our hard work. Life gives no encouragement whatsoever to thoughtless applicants for success. Life brings no pressure to bear on any enquirer. It ‘sends irresponsible enthusiasts away empty-handed’.

Sometimes, let’s be honest, life can be as much fun and as sour as scratching your eyeballs with a fork. Of course, some have a worse life than others. We all can think of a list of unenviable lives. Obviously life may never get that bad for us, to know what it is to live in a world of uncertainty and confusion, to plod through an existence of considerable pain but with little gain in real terms.

It sounds ridiculous, until you realise that life is war. As we choose a course of action in order to satisfy our insatiable desires, most of these decisions relate to future outcomes and therefore involve considerations relating to uncertainty. Considering the fact that decisions are made under conditions of uncertainty and are influenced by the likelihood of future events, there is a probability that anything – good, bad, victory, setback, failure – can happen.

It was time to re-start the car and embark on another epic crawl on the M25. And as I inched my way forward, I realised again that a major roadblock is up ahead of us all, whoever we are –rich or poor young or old, male or female, able or disabled. Such is life. Living without its true perspective means decades of dullness.

In this book, I will share with you wisdom, guidance and strength which revolve around philosophies, beliefs, values and character traits that have proven to be the most sustaining and valuable in life. This is an accessible book for Christians of all traditions and for thoughtful non-Christians. It considers all aspects of living a positive and fulfilled life in a clear progression of thought, using encouragement and clear instruction. In a generation of more questions, pain, anxiety and confusion, it is important to come to a place where you will be inspired, challenged and supported as you take the steps of a champion. This book will restore you to live the abundant life. 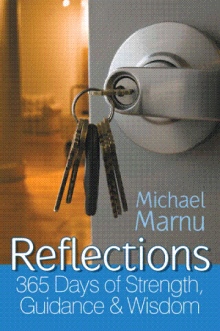 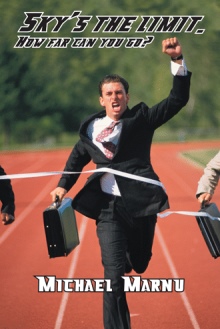 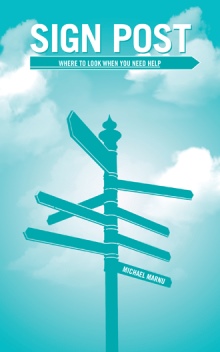 Sometimes, lets be honest, life can be as much fun and sour as scratching your eyeballs with a fork. Of course, life may never get that bad for us, if we know what it is to live in a world of uncertainty and confusion, to plod through an existence of considerable pain but with little gain in real terms. Can you hide a city that is set on top of a hill, its light at night seen for miles? That is exactly what life is about.

No matter the pressures or challenges that we face, we must refuse to give up. We must run straight to life with purpose in every step remembering always that 'there is surely a future hope [for us], and [our] hope will not be cut off.'

In this masterpiece, I have shared with you wisdom, guidance and strength which revolve around philosophies, beliefs, values and character traits that have proven to be the most sustaining and valuable in life. In a generation of more questions, pain, anxiety and confusion, it is important to come to a place where you will be inspired, challenged and supported as you take the steps of a champion, This book will restore you to living the abundant life.

Reverend Michael Marnu is the Founder and Head Pastor of Wembley International Christian Centre, Great Britain. In his role as a pastor he has seen the lives of many people transform and has been an ambassador of hope to the depressed and the deprived.

He ministers to the spiritual and material needs of the members of his church as well as guide them on being law abiding citizens. Michael Marnu has restored many to living the abundant life.

What gives Michael Marnu hope and joy is to uplift and develop others. It is his vision to get people excited about growing to their potential, to see that every person experiences self-worth, success and fulfilment.