View From the Back Pew 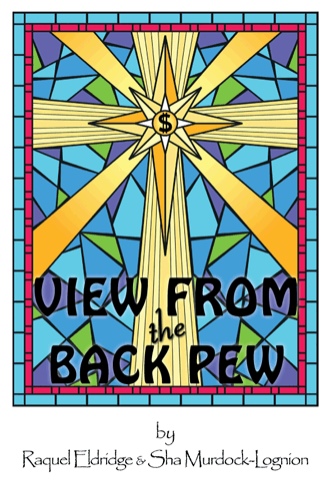 I’ve found in my time of being an observant interloper that the pastor’s sermon is usually a predecessor of something that is about to come. If his sermon is on being a “cheerful giver,” odds are, he is about to ask for an offering for something above and beyond the usual. If he speaks on “trust and having faith in the Shepherd,” he’s about to take a risk with either the church or the church’s funds. If he speaks on lust, fornication and the horrible consequences of prostituting oneself out, (with or without any prostitution acts actually taking place), he’s probably been informed that a Deacon or Deaconess has recently been, or is currently in, some sort of lewd relationship. And, if it is about “forgiveness and the failure of man’s ability to abstain from the weakness of the flesh, and how a man of God is still simply a man,” you can rest assured, one of his whores is about to pull a coupe and will reveal, within the course of the next few Sunday services, his transgressions. Pastor McKinney cleared his throat and began, “Good Morning, Saints. I’m so blessed this morning to be able to come to you and deliver the message of the Lord. Today, we will focus a little on Ephesians 6:10-18. Please open up your Bibles to this passage and when you are ready say, ‘Amen.’” People flittered through the pages of their varying tomes of scripture. Some had the New International Version, the Amplified Bible, the old or the new King James Versions…but I knew he was reading from the Skeletons in My Closet version. You see, I’d been watching over the past few weeks and I knew some chickens were about to come home to roost, but in his typical fashion, this scripture-based preemptive strike is done in hopes that when they get there, the flock will condemn the chicken for being a chicken, but will forgive the Chicken Hawk for tasting the flesh of its supple prey. “Verse ten begins with, ‘Finally, be strong in the Lord and in his mighty power. Put on the full armor of God so that you can take your stand against the devil's schemes.’ And saints, I’m telling you today that the devil is clever.” I knew that to be his way of saying that whatever comes to the light, “the devil made him do it.” “God says, ‘…our struggle is not against flesh and blood, but against the rulers, against the authorities, against the powers of this dark world and against the spiritual forces of evil in the heavenly realms.’” I knew that to mean that some “evil trollup” in the church had caused him to sin. He continued, “’Therefore put on the full armor of God, so that when the day of evil comes, you may be able to stand your ground, and after you have done everything, to stand. Stand firm then, with the belt of truth buckled around your waist, with the breastplate of righteousness in place, and with your feet fitted with the readiness that comes from the gospel of peace.’” Here, he was asking us to understand that he’d done everything he could to fight the enemy, so he was able to put on his clothes, fasten his belt, and walk away knowing it was simply weakness for, and of, the flesh the devil had presented to him, that had led him astray. I fought with my own urge to burst out into loud, raucous laughter. “Follow me now, believers; the word goes on to say, ‘In addition to all this, take up the shield of faith, with which you can extinguish all the flaming arrows of the evil one. Take the helmet of salvation and the sword of the Spirit, which is the word of God. And pray in the Spirit on all occasions with all kinds of prayers and requests. With this in mind, be alert and always keep on praying for all the saints.’” What he was saying was, that we needed to have faith that no matter what kind of accusations, or arrows in this example, were thrown at him, by this devil woman, he’s been delivered from his transgression through prayer. God had forgiven him and he hoped the congregation would pray for him, and to also pray for each other that they won’t be as weak to the devil as he had been. He said, “Let me close this reading out with these words, ‘Pray also for me, that whenever I open my mouth, words may be given o me so that I will fearlessly make known the mystery of the gospel, for which I am an ambassador in chains. Pray that I may declare it fearlessly, as I should.’” Here, he was saying that he wanted us to remember this sermon when the facts come to light and recognize that while he was a man of God, or an ambassador, he was merely a man who was as culpable to the ways of the world as anyone. He needed those within the range of his voice to recognize that his being stronger depended on their level of commitment to praying for him. All of this was his subtle way of confessing, while not really confessing. A chorus of “Amens!” accompanied the visual sea of upraised hands and nodding heads. For many people, this was a rote exercise…something they’ve heard him speak on many times, but folks felt like he may have been “speaking to someone’s circumstance” in the audience. But to me, I knew it was self-directed and a part of his way of enacting subliminal messaging onto his flock. It’s amazing what you can hear when you simply stop listening. 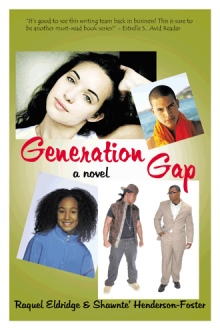 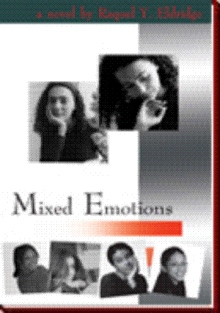 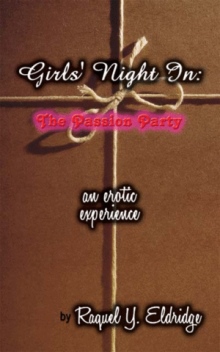 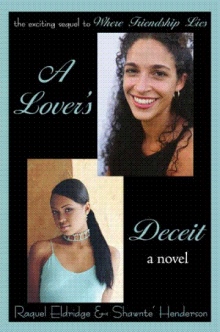 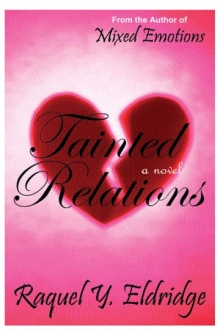 Malone Harris has wanted to leave The Shelter from the Storm Church in Christ for a long time, but even more so after she and her best friend, Alanna, had a falling out regarding Alanna’s affair with their pastor. As her love for the place begins to diminish, she changes her point of view by sitting in the back pew where she does more people-watching than lesson-learning. In silent observation, she discovers there is more going on than praise and worship amongst the congregation of the Houston-area mega church. The young and trendy congregation flock into the sanctuary to see and be seen…but it’s what the members aren’t seeing that is putting their very souls in jeopardy. Alanna Crawford makes a hasty retreat from The Shelter after it becomes painfully obvious she can’t count on Pastor Wilson McKinney to leave his wife and make her his First Lady like he’d been promising he would for years. In search of a new church, a new man, and hopefully the new title of First Lady, she sets her sights on the handsome new pastor of a newly emerging church in town. Her feminine wiles are no match for the naïve preacher and soon, she’ll be well on her way to getting everything she wants, but will the freaky skeletons in her closet cause her to lose it all? For Malone and Alanna, what started as a journey for peace and a spiritual relationship with God, ended as a journey through a sinner’s paradise when they find out they were surrounded by schemers, liars and hypocrites…and that they were being led by the biggest Charlatan of them all! Will they ever find whatever it was they were looking for that fateful day years ago when they joined hands and joined ranks with the worldly masses at The Shelter from the Storm Church in Christ?

Two ATA sections found at end of manuscript; these sections will remain in the manuscript, along with the interior author images.