The Caper in Shanghai 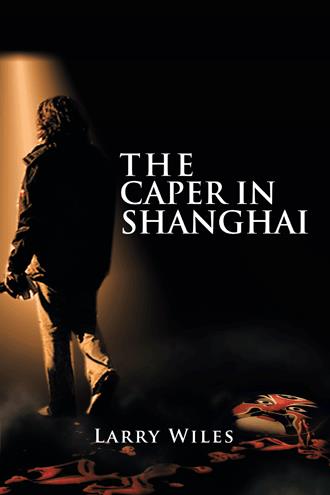 “Who was that on the telephone, Honey? It sure sounded serious.” Terri Watson said to her husband Rick.

“It is serious. That was John Alworth. He is in China. He desperately needs our help.”

Those five little words will send Rick and Terri 7,812 miles halfway around the world from their home in South Carolina to Shanghai, China to save their best friend from a certain death sentence in a Chinese prison.

Follow Rick and Terri as they search for clues to find John innocent of the crime. Experience Rick and Terri’s despair as each potential clue is discarded and the evidence mounts that John is guilty.

The story spirals deeper and deeper into web after web of Chinese intrigue as Rick and Terri work with Feng Shou, Shanghai Chief Superintendent of Police to determine what fatal flaw in the design will keep the investors from obtaining the riches they had planned.

Who will stop at nothing to assure the product is produced including killing to hide the evidence?

Will the fatal flaw destroy Gregory Brightson’s company? Will he take steps to start production on time, flaw be damned?

John’s life is in Rick and Terri’s hands. Will they find the evidence in time to save him? Will the killer make the fatal mistake and unmask themselves saving untold lives by stopping the production of a killer product?

It is in you, the readers hands to discover!

Larry R. Wiles made 32 trips to China during his working life as a Director and a Vice President of Supply Chain working for major U S corporations. He is recognized as a leader in the development of the Chinese supply base and a trusted advisor to the Industrial Development Boards in the areas his corporations sourced material and finished goods. He directed supply chain teams of highly trained procurement, quality, and manufacturing individuals that developed state of the art supply chain production operations in suppliers’ plants and material just in time shipments solutions.

He combines his knowledge of Chinese manufacturing, new product development, supply chain, and his ability as a storyteller and writer in this thrilling adventure of murder and intrigue that will keep you in suspense chapter after chapter.

Larry began writing “The Caper In Shanghai” at age 67 while on a two-week trip to Taiwan and China at the urging of his son, Derek. Writing has become his passion. He published his second novel in 2020.

Larry graduated from Murray State University in Murray, Kentucky with a degree in Communications. He attempts to hang with his blended family of three daughters and one son.

He and his wife, Deborah, have six grandchildren five great grandchildren and focused in the Charleston South Carolina area, but scattered across the United States.

Today Larry and Deborah live in Goose Creek, South Carolina, slightly North of Charleston. He retired from a long and successful business career in 2013. His constant companion when he writes is Lola, a seven-pound, mini red dachshund.

Check out Larry’s second novel, “Jack Madison – The Shaping of His Life” a loose adaptation of his life as a young boy to young man in the 1950’s, his relationship with his black mentor baseball coach in a small Midwest town in the 1950’s and how the events of that era shaped his life as an adult. He is currently working on a sequel to Jack Madison.”

The “Caper In Shanghai” can be found and purchased at www.larryrwiles.com.