Conversations with a clown about spiritual things 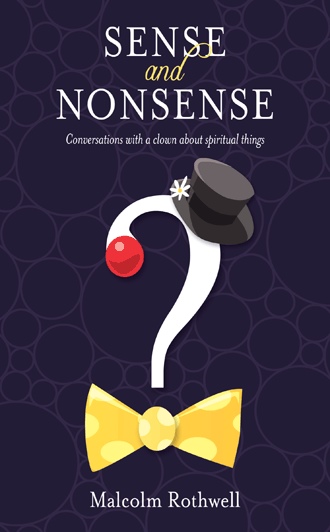 A major challenge to belief in the existence of God has come from science. One of the early challenges to the biblical explanation of the beginning of the world and its place in the universe was made by Galileo in the early part of the seventeenth century in Padua, Italy. Building on the work of the astronomer, Copernicus, Galileo dared to suggest that the earth was not static and, was not the centre of the universe. Moreover, it was not flat but round.

Zeno, a clown: That was a big thing to say because it seems to me that the earth is static. If it is moving, how come everything doesn’t fall off?

We’ll come to that in a minute. Instead of everything revolving round the earth, Galileo said that everything revolved around the sun. At the time, this was regarded as nothing short of heresy and contrary to biblical teaching. In one place it is asserted that Joshua ordered the sun and moon to stand still (Joshua 10:12). This being the case, clearly the implication was that the earth was static and all heavenly bodies moved around it. Not only that, the bible is quite clear in its depiction of God as creator of the earth and this clearly implies that the earth is the centre of all the universe. Indeed, how could it be anything else because when the creation stories were compiled little was known of anything outside the seen world. The known world was very, very small and must have seemed like the centre of everything. The biblical world view was shaken to its roots by the work of Galileo.

Z: I must admit I’ve always thought of heaven as being somewhere up above the clouds but I guess we don’t need scientists to tell us that can’t be true. All we need is a few space travellers to say they have not seen heaven on their travels.

That’s right and with regards to why we don’t fall off the earth that was explained by someone called Isaac Newton who came along about a hundred years after Galileo and worked out his three laws of motion that established the framework for modern physics and also explained the movement of the planets. It is said that as a result of watching an apple fall to the ground he developed his theory of gravity.

Z: An unlikely tale if ever I heard one!

As a result of these laws Newton was able to assert that the universe behaved in entirely predictable ways, that is, according to certain fixed laws. The problem for students of the bible is that those laws often appear to be broken. To mention just a few examples: Moses heard the voice of God in a burning bush that was not consumed (Exodus 3: 1-6); Moses sent Aaron to Pharoah to plead for freedom with a staff that could turn into a snake (Exodus 7: 9); on Mount Carmel, Elijah called down fire from heaven to consume an offering that had been drenched with water three times thereby discrediting the prophets of Baal and giving God the glory (1 Kings 18: 20-30); when the iron head of an axe head fell into the water Elisha made it float so that it could be recovered (2 Kings 6: 1-7); and the prophet Jonah is said to have lived in the belly of a big fish for three days and three nights (Jonah 3:17).

Z: A very fishy tale, but it reminds me of another story. A teacher was telling her class that it was physically impossible for a whale to swallow a human because its throat was very small. However, a little girl in the class insisted that Jonah had indeed been swallowed by a whale. The teacher became very irritated and repeated that it was physically impossible. The little girl said, “When I get to heaven I will ask Jonah”.

The teacher asked, “What if Jonah went to hell?” As quick as a flash the little girl retorted, “Then you ask him”.

I think we had better move on to the New Testament where there are many more examples. Jesus raised a widows son from death (Luke 7: 11—15 ) as indeed Elijah had done hundreds of years earlier (1 Kings 17: 15-24); he calmed the storm ( Luke 8: 22-25);he walked on water (Matt.14: 25-27); he raised Lazarus from the dead (John 11: 1-43) and, of course, he himself is raised from the dead. What are we to make of all these apparent contradictions to Newtonian law? Can we simply say that God intervenes at will to contravene these laws?

Z: I’m beginning to get very confused! Are you trying to tell me that some events in the bible didn’t happen because God didn’t intervene in the way we thought?

If God intervened, wouldn’t that make for a very unreliable universe? Perhaps it is time to ask other questions. Instead of the question ‘did it really happen?’ a more fruitful line of approach would be ‘what does it mean?’ or ‘what is the significance of this event?’ In particular, what does it mean for living today in the twenty first century?

Z: Is it any good asking whether the resurrection happened?

You can ask the question but there are differing answers. All we can say for sure is that something happened!!

Z: I often wondered what Jesus wore when he rose from the grave!

There you go again. It is not a helpful question. The whole point is that lives were transformed when people realised that Jesus was alive in them. That is the relevance for us today. Instead of leading fearful, closed up, stunted lives we can live life to the full.

Z: I’m beginning to get the idea – I think! But can you give me another example because I’m a little bit slow on the uptake.

Do you think Christianity is sense or nonsense? Do you have lots of questions you want to ask about the relevance of Christianity in this culture that we live in?

How has science affected faith? What are the difficulties associated with prayer? What is spirituality? Am I as free as I think I am? What will happen to the church?

Is the bible true? What has happened to community life? These are some of the questions this book tries to answer.

It is written for people in the church who are struggling with their faith and hanging on by their finger nails. It is also written for those who find the church irrelevant because it is hanging on to outmoded ways of thinking. The book takes the form of a conversation between the author and a clown called Zeno, the author’s alter ego. The author is not allowed to lapse into jargon or long words. If so, he is challenged by Zeno to explain himself.

The book is a light hearted, honest attempt to examine issues affecting all who are trying to live a Christian or spiritual life. Funny and yet profound. Learn and laugh at the same time. Much of the material is drawn from the author’s experience as a Methodist Minister.

Some may find this book too radical and discomforting, others liberating, but for all it will bring a smile. There is something moving and deeply spiritual about a good laugh. It is like internal jogging.

Malcolm Rothwell was a teacher and studied psychology before entering the Methodist Ministry. Whilst attending a University chaplain’s conference on circus skills and ministry, he found his ‘inner clown’ and became a member of the Holy Fools. Some years later he went on a 30 day silent Ignatian retreat. This was a conversion experience that saved his spiritual bacon. He also trained as a marriage counsellor and this training put him in touch with his feelings. During his ministry he has tried to be honest and authentic in bringing the head and the heart together. He believes passionately that God is where the life is. What is it that spiritually energises you? He lives in Portchester, near Portsmouth, on the south coast of England. He is actively involved in leading retreats and offers a ministry of spiritual accompaniment. He is Chair of the trustees of the Retreat Association and Chair of the Methodist Retreat and Spirituality Network.