Memoirs of a Chronically Curious Optimist 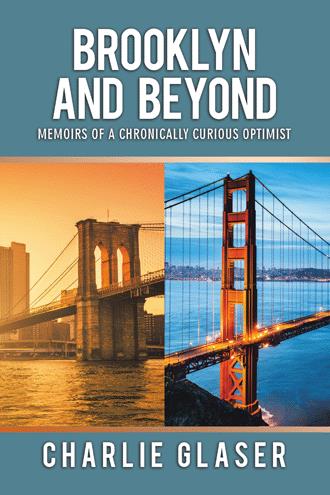 THE OTHER SIDE OF THE TRACKS The trolley track served as a powerful psychological barrier between my pals and the owners of the private homes on the street beyond. The occupants of such homes led exotic lives, which we glimpsed at on our occasional forays into their kingdom. On rare occasions, we had opportunities to taste their opulence and majesty. Such was the case regarding my friendship with Elaine D., who lived in a mansion just two city blocks from the 2 bedroom, one bathroom apartment my family rented for $48 per month. I don't know how many rooms or bathrooms Elaine's home had, because we were never granted access to the main parts of the residence. There were, however, two regulation size bowling alleys in her basement, to which we would be sequestered. By the time we entered high school, which was across the street from my Dad's jewelry store, Elaine's parents, with their Fruit of the Loom underwear riches, had exited Brooklyn. They made their way to one of the wealthy Long Island townships, where Elaine could grow up with a “finer element of people”. I should like to point out though, to Elaine and her breed, that my high school, Erasmus Hall, produced many talented contributors to our culture. For instance, Barbara Streisand was in my graduating class. This point, although true, is an unabashed example of name dropping, since in fact, I never did get to meet Barbara, but neither did Elaine. EVACUATE IMMEDIATELY I was a graduate student at Brooklyn Poly-Tech conducting an experiment with hydrogen chloride gas (HCl), which emanated from a large tank that sat outside a well-ventilated hood. Standard operating procedure was to secure the tank with a strap directly into the reaction flask, located within the hood. Not realizing that the minor valve had already been opened, and furthermore neglecting to bolt the tank down, I struggled to open the main valve. When I finally released the pressure, a surge of HCl gas emitted such force, that it caused the tubing to disconnect from the apparatus in the hood. The gas shot out! I jumped back, knocked over the tank and ran to a neighboring laboratory, where I found Michael and Maria, postdoctoral students from West Germany. As the three of us ran back towards the setup, I attempted to read Michael the instructions for use of the available gas mask, which he was trying to put on. Meanwhile, Maria was screaming hysterically that Michael’s chivalrous and heroic persona was, in this instance, a form of idiocy, which would finally result in the termination of his entire persona. When we arrived back at my lab, it was clear that it was far too dangerous to approach the tank to turn off the valve. Everyone was ordered to evacuate the building while units from several fire departments rushed to the scene. They were eventually able to bring the situation under control. Perhaps a thousand people had gathered, mostly students, wondering what had happened. Luckily, once again, nobody got hurt. A week later, when my Ph.D advisor, Dr. Murray Goodman, returned from a trip, he came across me in the hallway. He was escorting a visiting scientist to whom he pointed out some disfigured electron micrograph pictures on the wall. Murray then introduced me by saying how I had artistically touched up the photographs with hydrochloric acid. Fortunately, all was forgiven, and my career continued to unfold.

From the pastrami-scented sidewalks of Flatbush to the pot plants and hills of California, we delight in stories from the mind of a scientist with the heart of a poet. Chronically curious Charlie—the Bard of Brooklyn—is courageous enough to tackle humanities most challenging questions, such as: “Why did Grandpa hide?”, “When to use the octopus strategy?” and “What is a Jewish Hegira?”

Charlie attended Erasmus Hall High School in Brooklyn and is a graduate of Brooklyn College. He was awarded his Ph.D in Biochemistry from the Polytechnic Institute of Brooklyn/NYU. Dr. Glaser held post-doctorate fellowships at the Children’s Cancer Research Foundation in Boston and at the University of California at San Francisco. He was a senior researcher of protein chemistry at Berlex Biosciences, and has authored 50+ publications in prestigious scientific journals.