Identities for Life and Death 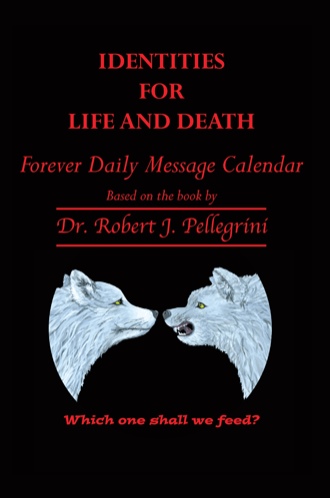 March 9. We must be persistently aware that the functioning environments of our everyday lives, the cities and towns, the neighborhoods, the venues in which we work, the inside and outside of the homes in which we live, insofar as they become integral aspects of our self-scripts, have a systemic impact on our minds, our bodies, our hearts, and our souls. To a large extent, we are where we live. Never underestimate the identity-defining power of place.

April 19. Bitterness, anger, hatred, resentment, and “trash talk” are roles we play which have been prescribed by toxic, contagiously infectious self-scripts. They constitute super-nutrition for our evil inner wolf. The dagger of our own anger and hatred goes first through our own heart.

May 23. Each day as we venture further into our experiential journey on this earth, the more we need to incorporate into our creative self-scripts, an awareness that until we’re open to discovering it, we are unlikely to find what we need most.

June 10. Scriptural passages such as the following, underscore the importance of leaving revenge to God as a crucial rule of responsible living. “Never seek revenge or bear a grudge against anyone of your people, but love your neighbor as yourself. I am the LORD (Leviticus 19:18).” “I will take vengeance; I will repay those who deserve it (Deuteronomy 32:35).” “Dear friends, never avenge yourselves. Leave that to God (Romans 12:19).” The admonition thus represented is a crucial element of creative, identity-defining narratives.

September 7. Creatively humanized, inspired self-narratives can drive people to do great good in whatever their chosen domain of contribution. But there should be no underestimating the evil that can be perpetrated by those whose identity-defining narrative is dominated by anger, hatred, and a maniacally diabolical commitment to play out the role thus prescribed in real life. There are no limits to how dehumanizing a toxically-narratized self-script can be, regardless of how sanctimonious the rationalization invoked to justify it. From the perspective of the book on which this calendar is based, corresponding doses of Lifism expressed in the power of humanizingly creative energy, constitute the most effective antidote to the poison of such Deathism.

October 6. The self-scripts of people who never do achieve at elite levels seem to be implicitly or explicitly written around themes which are toxic to personal development. Among the most destructive of such themes which strangle the actualization of human potential, are those which drive goal-directed behaviors motivated primarily by extrinsic rewards like money, prestige, and fame, that are external to the goal pursuit itself. In the words of English philosopher and statesman Sir Francis Bacon, “Money makes a good servant but a bad master.”

November 3. Is it really possible to effect a transformation of the self by changing one’s identity-defining narrative? The Bible gives us an iconic metaphor for how such change can occur in the theophany story (Acts 9:1-20) of how, on the road to Damascus, the monstrously evil Jesus-hater Saul, the Pharisee who viciously persecuted believers, was transformed into the man who would become Saint Paul -- one of Christ’s major disciples.

December 16. The greatest and unending challenge of human development is to somehow turn

adversity to advantage. Assimilating that idea as a central story line theme of our self-script, is one of the most critical components of a creative, identity-defining narrative. As Christian evangelical radio preacher Charles Swindoll put it, “We are all faced with a series of great opportunities brilliantly disguised as impossible situations.” 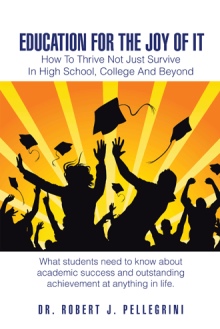 Identity is seen here as developed from narratives we assimilate as scripts for the roles we play in real life, thus shaping our destiny – for better or worse, for good or evil. Do we choose to passively, obliviously, allow our “selves” to be formed by whatever story lines “get through” to our consciousness? Or do we take an active role in deciding which story lines influence the construction or destruction of the person we become or fail to become?

Do we choose to exercise our God-given free will to screen out narratives most likely to have a toxic, dehumanizing impact on us in favor of story lines most likely to have a creative, strengthening impact on our ability to fulfill the best of our human potential? Which of our inner wolves shall we feed? The good, moral one -- who helps us become and do all the best we can be and do, or the evil, immoral one -- who strangles our creativity?

These daily messages are designed to encourage assimilation of life-oriented, creative identity-defining narrative themes as protection against death-oriented, toxic ones. Inspired by the life of Jesus Christ, the objective here is to energize and promote continuity in the experience of success and fulfillment in critical aspects of life – such as the health, image, and appearance of our body, our relationships with the people in our lives, the material abundance we manage to achieve, and the recognition we get for the work we do, all integrated by a profoundly humanizing spirituality.

Professor Emeritus of Psychology at San Jose State University, Bob Pellegrini served as SJSU’s Associate Dean for Research, Director of Sponsored Programs, and Psychology Department Chair. He received his B. A. degree from Clark University Phi Beta Kappa with High Honors in Psychology. Supported by National Institute for Mental Health fellowships, he earned his M. A. and Ph.D. from the University of Denver, with predoctoral internships at The University of Colorado School of Medicine, Children’s Asthmatic Research Institute and National Jewish Hospitals in Denver, followed by National Science Foundation-sponsored post-doctoral studies at Stanford University.

Bob’s auditorium sections of Introductory Psychology enrolled thousands of students over his 42-year career at SJSU, where he also mentored hundreds of students in a minority outreach programs including a B. A. degree program he co-founded for inmates at the California Department of Corrections Soledad facility. He has been honored with national (Psi Chi, the national honor society for Psychology majors), regional (Western Psychological Association), and local (SJSU) outstanding teacher of the year awards, and been an invited speaker at dozens of venues, including the prestigious Lewis M. Terman Master Lecture Series.

A Past-President of the Western Psychological Association, he has authored and co-authored over 120 presentations at annual meetings of professional associations, been a keynote speaker at dozens of public and private organization meetings, published more than 100 articles in professional journals, seven chapters in edited books, 12 manuals and study guides, and four books. A unifying theme throughout Bob’s scholarly work is a search to understand social psychological processes that inhibit or promote actualization of human potential in all sorts of contexts. He enjoys giving talks and workshops entitled, “Self 101: The Stories of Our Lives.”