Coming of Age in Post-War Germany 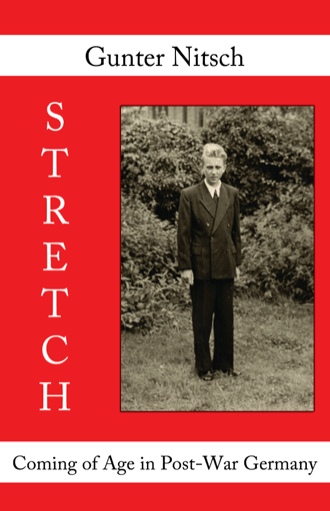 The engine of Mr. Meyer’s overloaded Opel clattered and strained under the unaccustomed weight of its five passengers and all of our belongings. It was shortly after my thirteenth birthday on a raw, gray Tuesday afternoon in December 1950, and my father’s new boss was driving my mother, my father, my eight-year-old brother Hubert, and me, from Cologne on the Rhine towards the town of Bergheim. Except for the rickety taxi that had brought Mutti, Hubert, and me to the border during our escape from East Germany two years before, this was my first ride in any vehicle smaller than a Russian army truck.

A heavy carton packed with our two Bibles, my precious copies of Huckleberry Finn and The Leather Stocking Tales, my two atlases, and my stamp collection was crushing my lap. Hubert, who had barely managed to squeeze in between Mutti and me in the backseat, pressed against my side. He looked like an overstuffed piglet and breathed heavily. Occasionally I poked my elbow into his side and whispered, “Give me some space, will you?” but he would just glare at me and then nervously brush his straight blond hair off of his forehead.

Half an hour earlier our train had chugged slowly into the cavernous main railroad station where my father, without a trace of a smile, had waited for us on the platform. This was our second reunion since the war ended. Our first, two years earlier, had ended abruptly after only ten days with my father’s announcement that he was leaving us behind in a refugee camp near the East German border to take a job as a pastry chef in Cologne. In the two years since he had left us, my father had only been in touch through infrequent postcards and even more infrequent transfers of funds. From my perspective, his abandonment had begun long before that. When I was a small child, he had been away at war and rarely came home on leave. Now I knew that, as the war had neared its end and while Mutti, Hubert, and I were trapped in Russian-held territory in the East, my father had been captured by the British and had lived in relative comfort in the West. Then one day, out of the blue, this man, who was a virtual stranger to me, had sent us tickets so that we could join him.

My father had introduced us to Mr. Meyer moments after we stepped down from the train and the five of us walked outside together. Even though they were the same height, the two men could not have been more different. My father strode, stiff and fashionable, in his high-collared suit and heavy overcoat, but his steel gray eyes darted over the three of us anxiously. Mr. Meyer slouched alongside us in a crumpled gray suit. In contrast to my father’s bald head and gaunt frame, Mr. Meyer’s thick blond hair was combed straight back and his belt was nearly hidden beneath his protruding stomach. Laughter crinkled the corners of his blue eyes and he winked at Hubert and me as he had struggled to fit our belongings into the tiny trunk of his car.

My father sat in the front passenger seat and stared straight ahead. Mutti was seated behind Mr. Meyer and gazed glumly out the window as the car rumbled in the direction of Bergheim, which was twenty-four kilometers away. I couldn’t see her face, but I was sure we were sharing the same thoughts. Had we just exchanged a hard life in the Bodenteich refugee camp for something even worse? At least in Bodenteich I could do pretty much as I pleased; I couldn’t begin to imagine what it would take to please my father.

Rubble left over from the Allied bombing littered both sides of the road. The houses that were still standing were heavily pockmarked with bullet holes. The windows of some of the buildings had been walled shut with mismatched bricks scavenged from nearby ruins. Why would someone do that, I wondered. Were the owners trying to keep intruders out? Or were the bricked-up windows helping to keep the buildings from collapsing altogether? Had my father been a bit friendlier I would have asked him, but now I didn’t dare. 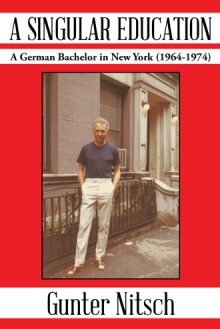 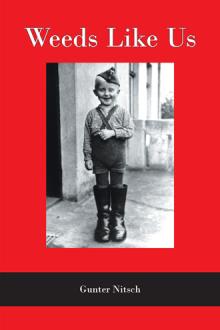 In the aftermath of World War II, the author was among those relocated in what may have been the largest forced resettlement of a population in modern history — the expulsion of at least twelve million people from the former German provinces of East Prussia, Silesia, and Pomerania, as well as from German enclaves in Eastern Europe. As a result, West Germany's population swelled with the arrival of millions of refugees. With housing already scarce, jobs hard to come by, and religious differences often setting them apart, the newcomers were not always welcomed with open arms.

STRETCH recounts the thirteen eventful years in the author's life following his reunion with his father in Cologne, West Germany, in 1950. With both humor and suspense, STRETCH provides a fascinating glimpse into German life during a period when the country was experiencing a transformative economic recovery, but also at times struggling to confront the shadow of its recent Nazi past.

Gunter Nitsch was born in Königsberg, East Prussia, in December 1937.  By the time he was reunited with his father at the age of thirteen, he had lived in Nazi Germany, Soviet Russia, and in both the Soviet-Occupied Zone and the British-Occupied Zone in Germany.  After he came to the United States in 1964, he obtained a Bachelors degree from Hunter College and an MBA from Pace University while studying at night.  For most of his professional life, he worked as a marketing consultant to American and German firms at the German American Chamber of Commerce, followed by eight years at Bayerische Vereinsbank AG in New York City.  Since his retirement he has devoted his time to writing.  He and his wife live in Chicago, Illinois.