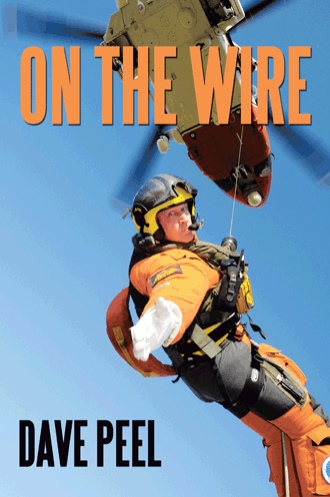 We studied the movement of the yacht, briefed all the hazards and decided to give it a go using the hi-line technique, then briefed the crew of the yacht on what to do when they received the hi-line weights.

This was one of the times, which fortunately do not happen too often, when I would leave the aircraft wondering what on earth I was doing. I do not remember too much about the winching. I entered the water several times but expected that, as the sea was so rough. I also know I had to fend myself off the rigging a few times but was not injured so was willing to keep trying. Eventually, I hit the main mast and was able to slide down as Dave lowered the winch wire. I hit the deck with some force as the boat came up on a wave to meet me but relieved to be in one piece.

I started the recovery of the casualties immediately, sending the first survivor up to the aircraft. This was an easier procedure than getting on board as, if necessary, they could be dragged away from the vessel and I could control the swing with the hi-line, one end being attached to the winch hook and the other controlled by me.

When I was sending the second person up I noticed one of the crew only had one arm, (not lost during this incident), who I assumed was an amputee, possibly after a previous accident. I had not come across this before and realised we would not be able to use the normal strop method. The single strop is positioned around the casualty's back and under the arms and it is the arms hanging down which secure the strop in place. There was also no way we would have been able to get him into a stretcher in those conditions. I was wearing a four-point harness as normal, so quickly took this off and briefed a crew member on how to get him into it while I continued with transferring the third person.

I was thinking that I would throw myself over the side when I had sent the last one up; I could then be recovered from the water using a single lift strop. In hindsight this was a daft thought as the yacht was trailing a lot of ropes and debris from when it had capsized. I was comfortable with the thought of entering heavy seas (something I had done before on several occasions) but on this occasion it may have been too heavy and I could see myself entangled in the lose rigging.

I could not go up with the last man as I did not have a harness and the lift of the last casualty would be much safer if I controlled the hi-line. Dave, being one-step ahead, sent a single lift strop back down for me. I put that on, disconnected the hi-line and let Dave drag me clear. The aircraft felt quite the safe haven.

Since qualifying as a Royal Navy `Search and Rescue Diver' and `Aircrewman' at the beginning of the seventies I have operated from Warships, North Sea oil rigs and UK SAR flights for nearly forty years. This includes tours as the Chief Aircrewman on both military flights and civilian flights contracted to HM Coastguards.

The incredible camaraderie shared with the many crews I have worked with has helped me through awkward times and it has been a privilege to have worked with them all. I have been honest with my feelings, covering personal problems, the fears faced on difficult jobs, mistakes made in the early days, despair during unsuccessful tasks and the euphoria felt after the many successful rescues.

Dave Peel was born in Bolton, Lancashire, and at the age of 11 went to a naval boarding school (Royal Hospital School) in Suffolk. In 1961, at the age of 15, he joined the Royal Navy. A few years after joining he was fortunate enough to take a trip in a Search & Rescue (SAR) Helicopter, after which he had only one desire… to become a Search & Rescue Diver.

Since qualifying, he has been at the forefront of UK helicopter coordinated Search & Rescue, a career that has spanned almost forty years and has witnessed many changes since the early days.

Dave currently lives with his wife Margaret in Lee-on-the-Solent, Southern England. He has enjoyed his career to the full, and will take many enduring memories with him into retirement.