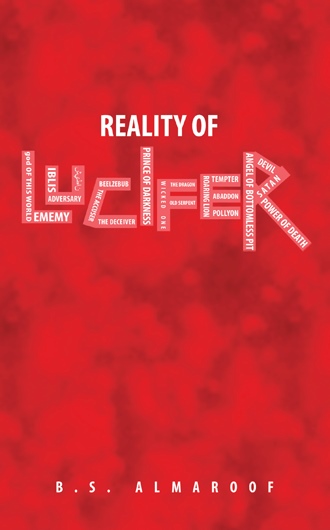 A war took place in heaven. Michael and his angels fought against the dragon, and the dragon and his angels fought back. But he the dragon was not strong enough, and they lost their place in heaven. For false Christ and false prophets will appear and perform great signs and miracles to deceive even the elect-if that were possible, I am afraid that just as Eve was deceived by the serpent’s cunning, your minds may somehow be led astray from your sincere and pure devotion to Christ.

When tempted, no one should say, “God is tempting me”, for God cannot be tempted by evil, nor does he tempt anyone; but each one is tempted when, by his own evil desire, he is dragged away and enticed. Then, after desire has conceived, it gives birth to sin; when it is full-grown, gives birth to death. The message spoken by angels was binding, and every violation and disobedience received its just punishment, how shall we escape if we ignore such a great salvation? This salvation, which was first announced by the Lord, was confirmed to us by those who heard him. The acts of the sinful nature are obvious: sexual immorality, impurity and debauchery; idolatry and witchcraft; hatred, discord, jealousy, fits of rage, selfish ambition, dissensions, factions, and envy; drunkenness, orgies, and the like. It is better to heed a wise man’s rebuke than to listen to the song of fools. Like the crackling of thorns under the pot, so is the laughter of fools. This too is meaningless. Extortion turns a wise man into a fool and a bribe corrupts the heart. The end of a matter is better than its beginning, and patience is better than pride. Do not be quickly provoked in your spirit, for anger resides in the lap of fools.

If you fully obey the Lord your God and carefully follow all his commands I give you today, the Lord your God will set you high above all the nations on earth. Jesus came and said, “All authority in heaven and on earth has been given to me. Therefore go and make disciples of all nations, baptising them in the name of the Father and of the Son and of the Holy Spirit. Jesus answered, “I am the way and truth and the life. No one comes to the Father except through me. Believe me when I say that I am in the Father and the Father is in me; or at least believe on the evidence of the miracles themselves. I tell you the truth; anyone who has faith in me will do even greater things than these, because I am going to the Father. I tell you the truth, if you have faith as small as a mustard seed, you can say to this mountain, ‘Move from here to there’ and it will move. Nothing will be impossible for you”.

My people are destroyed for lack of knowledge: because thou hast rejected knowledge, I will also reject thee, that thou shall be no priest to me: seeing thou hast forgotten the law of thy God, I will also forget thy children. He also forced everyone, small and great, rich and poor, free and slave, to receive a mark on his right hand or on his forehead, so that no one could buy or sell unless he had the mark, which is the name of the beast or the number of his name. This calls for wisdom. If anyone has insight, let him calculate the number of the beast, for it is man’s number. His number is 666. Baptism has been described as an important key to avoid Hell, Jesus advices us that in order for anyone to see Heaven, one has to be born again.

The intention of my book is to inform, confirm and reassure all those who do not believe in the existence of God or a need for religion, unfocused Christians and other religious followers in the world that there is a God and the only way to him is through Jesus Christ. God advices peace, love and co-operation but gives humans the ability to make a choice. God is after us all entering heaven based on our own discretion and not by force.

Humans started by trade by barter (trade goods for services or other forms of goods because they was no form of currency) later Humans used cowries then coins (bronze, silver and gold) then paper currency and coins became the norm. Years ran by then card form of payment was introduced. With the aid of the internet it became easier to transact business even without being there. After this form, cashless society then contactless technology will be the norm. Later in the future, Humans will be tagged or chipped like consumable products (I believe each human will be linked via GPS/ radio frequency to their bank details, passport details, medical records and personal family information)

The Global Government of the day will be able to trace, track and monitor everyone for the sake of avoiding terrorism, prevention of crime and the ability to caught criminals who go on the run easily. This Government of that day will be the one which will be ran by the Antichrist. Many Christians are expecting a physical number to be placed on their right hand or forehead as being the key to transaction (identification, buying and selling). My Book tries to explain ways technology will be used to introduced and implement the mark of the beast and reveal the reality of Lucifer.

I graduated from University of Luton after studying Law as my first degree and Marketing & Business Management as my second degree. I went ahead and got a Level 2 Award in Team Leading with ILM. I am a christain and due to current events i was motivated to write this book to help people to know God and gain heaven also to know the reality of Lucifer. This is my first book and others will follow by God's special grace. I can be reached on bs_almaroof@yahoo.co.uk .