Beauty Behind The Mask

A story with a ring of truth through regression 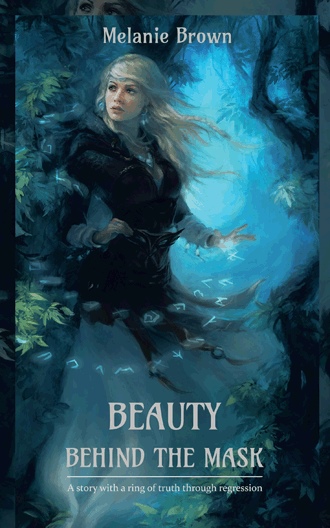 Long before I was born, my mother had given birth to a little girl named Alita. Alita's father was known as The Dark Lord. He was very disturbed and angry. He was more than just a mere man, he was the very essence of evil. He was known to be vial and filled with hatred and disdain for all that was good in the world. He took much pleasure in causing others to suffer. He corrupted all that he came into contact with. The Dark Lord had the blackest of hearts, and showed mercy to no man, woman or child. When I was young, I had heard whisperings of this dreadful man, but as I became a young woman, I was to learn much more than I ever wanted to know. I would come to understand the true meaning of wickedness. My mother was very fearful of him and worried for her safety as well as Alita's. She felt a great need to protect her daughter and keep her out of the reach of such a hideous soul. She took Alita into the forest, and walked for many days and many nights. She continued to walk until she came to a clearing in the woods. At the end of the clearing there was a village. It was a small village, but looked lovely and warm. She had found home. She had found safety…or so she thought. When Alita was born, my mother knew that something was wrong with her. She wasn't quite right. She never cried, not even when she was hungry, needed changed, or was tired. Alita had a vague stare and her eyes seemed dead at times. That look sent chills up my mother's spine, for she could see The Dark Lord dwelling within her, she could feel his presence. Mother feared her sweet little Alita had darkness coursing though her veins and that her heart was as black as her fathers. My mother knew that The Dark Lord had chosen her for a purpose. That he had planted his seed in her for a reason. That one day, he would come back for Alita. She felt that she must send Alita to a place where The Dark Lord would never find her. She had to hide Alita from her father so that his cold black heart could never influence her. She believed this was the only way to protect the daughter that she loved so much from becoming as cruel and heartless as her father. My mother summoned a carer. The carer came in the middle of the night and took Alita away as she slept. The carer promised to raise Alita with goodness and to nurture her light side and to protect her always. Mother kissed Alita softly on the forehead as she slept, and wept as she watched the carer take her daughter away into the night. It was for her own good, it was for the best. 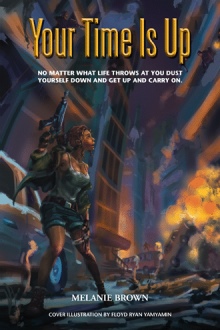 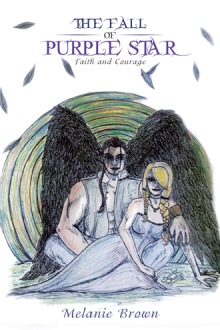 Melanie Brown's debut novel Beauty Behind The Mask, is a magical story based on her past life memories of living in the 13th century as a healer always hiding her true self for fear of being condemned as a witch. a man she comes to despise and that man has been arranged to marry her when she comes of age. her heart lye's with his half brother Julius. death, poverty and starvation and disease are rife, secrets hidden, outlaws and fights, tales to be told. the memories where small fragments like shattered glass to I linked them together with fantasy, passion and the heart.

Melanie Brown is a spiritual soul who enjoys the gifts of nature and life itself. She began writing a year ago after suffering some set backs in her personal life. She used the combination of her writing and her recalled memories of her past life as an outlet to heal old wounds. Melanie decided to tell the amazing story of a life she lived long ago and had forgotten for hundreds of years, as a way of preserving her memories in a fairy tale type adventure, where anything is possible, if only you believe. Melanie lives in Northampton with her family. In her spare time, she enjoys making scented candles. She is interested in natural healing, the arts, and writing. She is a practitioner in the art of reiki and crystal healing. her passion for writing will always be her first love but this spiritual side helps with her writing. she plans on writing a book telling a tale of how Julius seeks his sweet revenge.