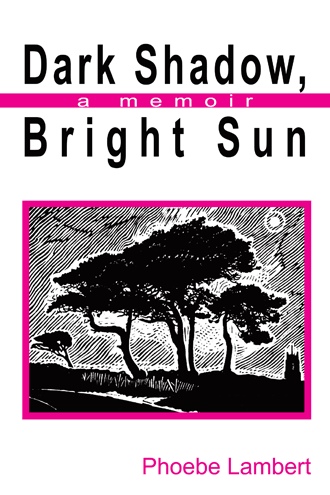 Starting at the Tavistock To be twenty seven years old and referred to a psychoanalytic clinic! In America this would be fine, but here in London there is still a stigma attached to such activity. I am attending the clinic at the expense of the national health system. Although I am a tax payer and pay my national insurance contributions I fee guilty about this. It is still hard to leave work three afternoons a week at 4.30 p.m. to get to the Tavistock by 5.10 p.m. I start work at 8.00 a.m. but I still feel I am skiving off as I slide out of the door at 4.30 past the receptionist who shouts 'going home early again, Phoebe!' with delight for she knows it embarrasses me. She and I are friends, of a sort. She loves to get under my skin especially as she herself doesn't care a jot whether or not people come late or go early, or don't bother to turn up at all, just as long as they let her know where they are in case of phone calls. She is from Thurrock. She has gaps in her front teeth, but she doesn't care what anyone thinks and she has far more self-confidence than I am sure I can manage to achieve in a lifetime. i would rather crawl over broken glass than tell her where I am going. She has me down as up-tight, middle class, but not a nutter. She wonders why I am not married. I so wish I were, but there is nobody I care about. And the fact is I still do not consider myself ill! So many men in my life at the moment. Five, six? And I am happy with none of them. Somehow I keep each of them separate, at least until I go to the Tavistock and there I miserably cannot avoid confronting my own boring promiscuity. Yet I do not feel promiscuous, just lonely and in need of being loved. So often in sex I feel separate, beaten, somehow, as though I have no right to expect love or even warmth. I don't feel sorry for myself. This is just a fact. After all, this or that man is usually someone else's man and I am there because he needs something, somebody outside his world with whom he can let go without having to explain himself. Heavens, how pathetic am I!!!

This account of my life is essentially episodic in nature, using William Blake’s Songs of Innocence and Experience as a very loose framework. The story is about the battle most of us face at critical times in our lives between the contrary states of creativity and destruction, love and hate and living and dying. It invites the reader to identify with me in my quest to know why I, like so many women, have felt bound by invisible constraints, held down by authority, voiceless. What is the cause? Does it matter that we should know? The exploration is elucidated via the use of diaries kept during and after a five year period of psychoanalysis, fragments of dreams, and copies of correspondence between family and friends. Within the theme of Innocent Beginnings I track childhood memories from the early forties to the early fifties, describing an awakening to some of the big life issues: illness, betrayal, birth, sex, death. Within the theme of Experience I move to an exploration of key authority figures: father, first lover, employers and how they have contributed to, or countered, long term depression. The years of psychotherapy were followed by a joyful period of personal and work fulfilment, marriage and motherhood. I later describe the anguished times relating to the death of one of my students and some time after that my own daughter’s attempted suicide. I consider the way these redefining experiences shape the memoir as they have shaped my life, and have helped to provide, admittedly tentative, answers to the questions I have set out to explore.

As a child Phoebe was brought up in a pacifist community near Colchester, Essex during the 1940s. She has had a varied career working first in London as personal secretary to a Labour MP, Tom Driberg, before going to the United States to work at Harvard University initially at the Loeb Drama Center and then as personal secretary to Henry Kissinger, then Professor of Government at the Center for International Affairs. On her return to the UK she worked as a researcher before moving into her life-time love, adult education. This included organizing and teaching literature on the Fresh Horizons programme at the City Li in the 1970s before moving to Hillcroft Adult Residential College for Women where she was principal from 1982 to 1990. She continued her career as head of the Adult Education Service within the |Liverpool City Council before moving to Liverpool John Moores University to become head of Student Services. She trained in her mid fifties as a counsellor, practising in Liverpool, Norwich and London. She recently completed her doctoral thesis on the under-researched area of client perceptions of counselling. She now lives in Battersea, London, near the River Thames but retains her childhood links with East Anglia, expressing a particular love of the estuary and coastal areas of Wivenhoe and West Mersea.