So You Think You've Messed Up 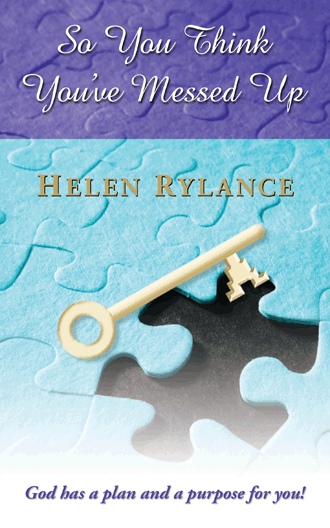 It was on a cold February day in 1984 that I received the revelation or vision that was to change my life. I was relaxing in a chair, just resting before the Lord. I saw a house, it was the style of house I like, a modern Georgian detached house in its own grounds. In the Spirit I went into the house and saw that it had five bedrooms, one was on the ground floor the remainder were on the upper floor. There were bathrooms and separate washrooms with toilets. One bathroom always remained in my mind. It had a dark green bath, toilet and washbasin and the walls and ceiling were lined with pine wood— it was a lovely room. The remaining rooms included a lounge, kitchen and laundry. While I didn’t see the back garden I had the impression that it was a very special place. There was a driveway on the left of the house with a car on the drive. I knew in the vision that I was married, though at the time I received the vision I was divorced. The word the Lord gave me was and strangers will come to your door. With it came a strong impression that the house was for ministry. With great joy I received this vision, and praised the Lord as I excitedly thought of what had been revealed to me, expecting it to come into being very soon. Looking back I have appreciated the encouragement of this vision, which kept me moving on walking with the Lord despite some of the darkest and most difficult years of my life some of which I am going to share with you in the coming chapters. Yet like Abraham and Sarah, I had taken wrong turnings as I sought to come into the vision. Some may say mistakes were made as I attempted to find the house that I had seen in the vision. There was a lot to learn, not just about visions, but most of all about the Lord and myself. He was to say many times over the years to come. My ways are not your ways, My thoughts are not your thoughts. Hindsight is a wonderful gift given to us after an event. Abraham and Sarah may well have thought so too when they looked back on their lives and the mistakes they made , some quite blatant, like lying, others out of frustration at the delays in God's plans, delays they did not understand. It does not matter how many seeming mistakes we make along the way the Lord takes them and weaves them into that perfect tapestry He has designed. A tapestry that ultimately will show that He has, and is ever conforming us to the image of His son, the Lord Jesus Christ. The gloom of that time receded for a while as I basked in the glow of thoughts of the future, to have a nice house again to be with someone who loved me, and to have a work from the Lord was encouraging, there was hope, light at the end of the dark tunnel that I was in. Never having had a vision or revelation before I didn’t know what to do next. So I shared it with a friend.

This book draws back the curtain on the authors life and lets in the light of God's grace which is always sufficient for us whatever we are facing.

When God gave Helen a vision, it was at one of the lowest points of her life. She was excited as the vision revealed something of the future God had planned for her. When she shared the vision with some friends they laughed at her. " Why would God give you a ministry and a house?" They asked. At that time her self esteem was very low, so Helen agreed with them. Why would the Lord give her a big house and a husband as well as a ministry? This only happened to special people and she wasn't one of those, were her thoughts. She was a nobody, with little or no future! They were right. So she laid the vision down believing it to be impossible, but Helen reckoned without God, a fatal mistake! When two months later the Lord spoke into her life, telling her to pick the vision up again. She was delighted. This time she took hold of it with both hands, and determined that she would not let go of it again, no matter what it cost her. Little did she know it would almost cost her, her life!

On first contact with Helen she appears to be a well integrated and confident woman and she is! However , as this honest book reveals, the path she has taken has been strewn with 'many dangers, toils and snares.' Christ warns us ,"In this world you will have trouble." Many believers who undergo severe life trials find themselves broken or hardened by the heat of the oven of affliction. Helen is a living example of someone who has been refined in the furnace of tribulation. Furthermore she is somebody who can sympathise with others facing similar things. She has a great gift of seeing the potential in those that more "comfortable" believers may reject as hopeless. For this Helen happily gives God all the glory for all that he has achieved in and through her in their long walk together.