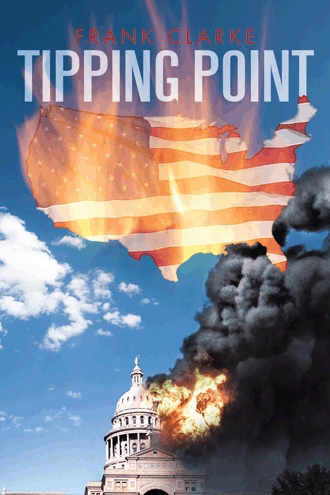 Gloria Talamanco had a smirk of satisfaction on her face, and with good reason. Watching the news reports out of Ohio and Tennessee, among many others, made her realize that just because those states hadn't joined them in leaving the United States didn't mean that they were entirely happy with the way things had turned out, either.

And she realized something else, too. With just a little extra help, she thought, that little prick of a president, Doug Farnham, would resign for his own safety. What, she wondered, might be the straw that breaks the son-of-a-bitch's back? The Eastern States had been unable to swing a big-enough club in the first eight months since the breakaway, and now, with the gun owners in their own states rising up in righteous anger against their elite masters it was almost at the point where they were paying no attention to the breakaway states at all.

Not that she was complaining, mind you. She just figured that it couldn't last forever and Farnham or his successor would eventually get around to the business of conquering their rebellious sisters. A good offense, she knew, was the best defense. If ever the time was right, it was now. If the people shooting police and sheriffs and National Guardsmen were a little more effective, the whole structure would collapse. How to make them more effective? Their efforts were, from the news reports she had heard and seen, little more than pin-pricks, although in some places the situation was more properly described as "mob rule", with more than just a few police and sheriff's departments rendered ineffective or just plain 'defunct'. They waited until the police went out on a raid and reacted with guerilla attacks. What the guerillas really needed were to become pro-active. For that, they had to be able to plan ahead, and for that they needed 'intelligence'... of the military sort. Yes... She reached for the phone. The call to the headquarters of the Idaho State Police went straight to the Commandant's desk. "Yes, ma'am," the Commandant started off, "what can I do for you?"

"Gary, I'm curious to know what happened to the contents of the Federal Office Complex in Boise after we kicked them all out," Gloria Talamanco queried. "Did we think to save any of it?"

"Any of it...?" he responded with a hint of a laugh in his voice, "we archived all of it. Why? Are you looking for something special?" "Intelligence."

"Governor, it was a Federal building. That's the wrong place to look for intelligence." and Gary Stern started laughing.

"Gary, you never can resist, can you?" Gloria Talamanco poked at him. "Do we have anything like an inventory?"

"...of information? Well, we have eighteen or nineteen of what they call 'file servers' -- kind of like mini-computers -- and thousands of pounds of paper documents. I'm not sure that anyone has actually looked at all of it yet. Shall I put someone on it?"

"Absolutely. I want to know what, in terms of information, we have there that might be useful. Get someone started on inventorying the data-content and get back to me tomorrow with an estimate of how long it's going to take. Come to think of it, put several people on it." "Done," he assured her.

When a mass-shooting prompts a call for the repeal of the 2nd amendment, a handful of states secede and provoke the Second U.S. Civil War.

Frank Clarke is a retired IBM programmer and a long-term member of Mensa. He enjoys watching the ebb and flow of politics, always with an eye toward the future, which he thinks may not be as pretty as some would have you believe. 'Tipping Point' is his first published work and serves as a 'cautionary tale' for any who think the next civil war will be somehow more 'civil' than the last.