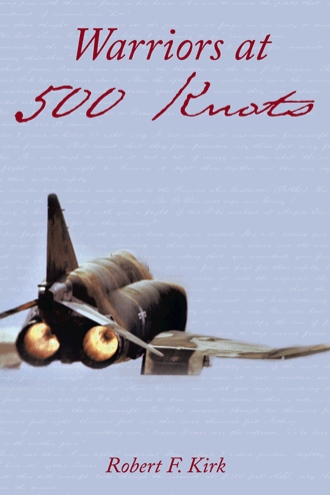 As Cobra 1 Flight reached the end of the runway, the arming crew began to pull the safety pins from the armaments. Within seconds the arming crew leader held up all the arming pins with their red flags in his hands. This was to ensure the pilots that all their assortment of ordnance was “hot.” Good, Stone thought as he looked at the pins and red flags, we are ready to launch. “Phu Cat Tower, Cobra 1 and Cobra 2 are ready to go,” radioed Kilmer. Immediately the tower came back, “Cobra 1 and Cobra 2 cleared for immediate takeoff, runway three-three.” Without pause, Kilmer began advancing the throttles on the two J-79 engines. The fully loaded F-4 began to move slowly. Then the afterburners ignited and down the runway Cobra 1 accelerated until it reached rotation speed. Within seconds they were airborne. Cobra 2 trailed only 30 seconds behind. “Not too bad,” Stone remarked to Kilmer over the intercom, “we were airborne in 2 minutes and 52 seconds.” Cobra 2 joined on Cobra 1’s right wing. In bad weather it was common for aircraft to fly in close formation. That meant that they flew formation only three feet away from each other. This was tough to do and it took a lot of energy no matter what the weather or in-flight visibility might be. However, it kept them together and this was important for their mutual safety. Ten minutes later Kilmer made a call to the Forward Air Controller (FAC). His job was to control the air strike on the target. The FAC’s call sign was Covey 1. “Covey 1, Cobra 1 and 2 with you, a flight of two F-4s overhead at Angels One-Six-Zero, what do you have for us this morning?” “Cobra flight, Covey 1 with you, we have troops in contact. It’s not looking good for the good guys. The bad guys are attacking on three sides and are coming over the wire on the west side of the firebase. The friendlies are asking that you concentrate your fire on the west base perimeter. They know that it’s too close for you guys for their safety, but feel that they really have no choice. If the enemy makes it into the compound, the outcome for the base will be in doubt. That’s the bad news; the worse news is that the weather down here is dog crap. You have fifteen-hundred-foot overcast with hills extending up into the clouds. There is light rain with the visibility about one mile. You will have to work under the overcast with flares for lights so that you can identify the line of fire. I’ll do the best I can to keep the lights on, but it is hard to keep several flares working at the same time.” “Great,” was Cobra 1’s response, “we’re on our way down.” Penetrating an overcast sky, at night, with reduced visibility is one of the most dangerous things for an aircraft. The elevation of the terrain was, at best, uncertain due to the incomplete mapping of Southeast Asia. However, even with good maps, considering the speed of fast movers like the F-4, it’s hard to know exact locations within a mile or two. Down, down went the two aircraft. The F-4s descended through ten thousand feet, nine thousand feet, eight thousand feet, and then seven thousand feet. Nothing. “Stone, if we don’t see something soon,” barked Kilmer over the intercom, “we’ll have to come up with another plan.” “There, over there. I see light,” responded Stone, “check 3 o'clock position, slightly low.” “I have it,” yelled Kilmer. Just then both aircraft broke through the overcast at 5,800 feet MSL, only 1600 feet above the ground. “Covey 1, Cobra Lead, keep the lights on. We cannot operate in the dark at this altitude with all the rocks around.” “Will do,” responded Covey 1. “Do you have the target, west side of the compound one thousand meters at your 11 o’clock position?” “Got it,” answered Kilmer. “Hit my smoke, cleared for attack from your position,” responded Covey 1. “I’ll make the first run, you come in behind me,” ordered Cobra 1, “drop only two at a time. We’ll need multiple runs to make sure we get this thing done right.” “Roger that,” responded Cobra 2. Cobra 1 began his first run. “I can see the bad guys climbing over the wire,” remarked Stone, “they are half way through the perimeter.” “Got ‘em,” responded Kilmer, “we’ll stop them right there.” Thump. The sound of two napalm canisters coming off the F-4 was heard in the cockpit. Within seconds Covey 1 reported the results. “Ordinance on target, Cobra 2 you’re cleared on target now.” “Roger,” responded Cobra 2. Both F-4s made it around the pattern, dodging hilltops, and staying out of the clouds, to make another run on the target. This time the 500-pound, Snake Eye, high-drag bombs were used. These weapons had fins that opened up when released from the aircraft and allowed the bombs to slow down and give the F-4s time to escape the fragmentation (frag) pattern. Escaping frag patterns enabled them to avoid being hit by their own bomb blast. The high drag nature of these bombs also allowed them to be placed accurately on target at very low altitudes, sometimes as low as one hundred feet above the target. “Well great. What the hell is going on,” yelled Kilmer, “the lights have gone out.” What happened was that all the flares had burned out. 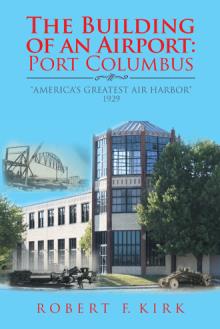 The Building of an Airport: Port Columbus
Robert F. Kirk
$20.99 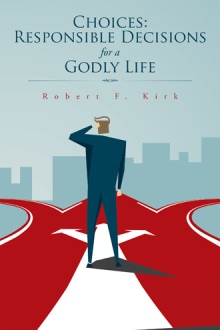 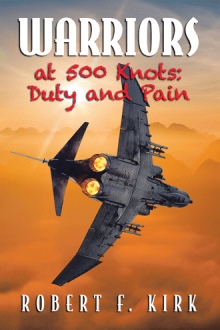 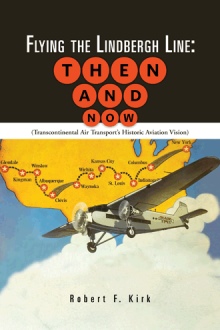 As the ground war struggled for success in Vietnam, it became intensely clear that the skies had to be owned by the allies for victory to have a chance. It was the F-4 and its pilots that made that possible. The author, a Phantom pilot himself, details intense stories of undaunted and valiant American pilots with their legendary fierce Phantom. These are personal stories of intrepid courage and self-sacrifice to get the mission done - whatever the cost. Fierce, unflinching battles to save friendlies and destroy a ruthless enemy are all recorded 40 years later. True tales of war at 500 knots!

The author was an F-4D pilot in Vietnam, completing 197 combat missions. He was awarded the Distinguished Flying Cross and the Air Medal with Oak Leaf Clusters. He holds a Ph.D. degree from Oklahoma University and has taught for 40 years. He lives and flies with his wife in California.