The Seven Spirits of God 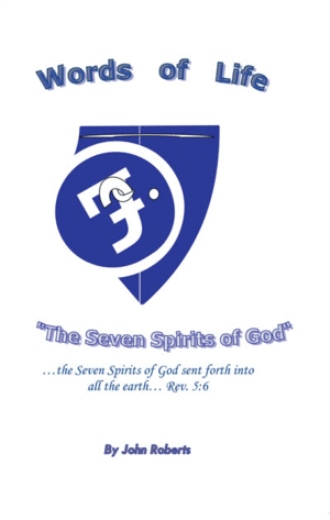 ...Keep in mind, in the application of Biblical scripture, that the number seven (7) is always descriptive or typical of God’s number of completion or fullness.

v   John to the seven churches which are in Asia: Grace be unto you, and peace, from Him which is, and which was, and which is to come; and from the seven Spirits which are before his throne;

v  And unto the angel of the church in Sardis write; These things saith he that hath the “Seven Spirits of God”, and the seven stars; I know thy works, that thou hast a name that thou livest, and art dead.

v  And out of the throne proceeded lightnings and thunderings and voices: and there were seven lamps of fire burning before the throne, which are the “Seven Spirits of God”.

As we have already stated, we know that there is only one (1) Holy Spirit of God, so why do the scriptures, refer to “Seven Spirits of God”?

This book illistrates a concern that in many cases, Christians have been led away from the true and proper function of the Holy Spirit in their lives and therefore in many instances, are functioning in a carnal state or have devised their own way, the way of self or the way of others, which includes false teaching. This book also provides compelling evidence that Satan, takes full advantage of these things which include greed, lusts, pride of life and the things of this world; subsequently any relationship with God has been eroded greatly and they (christians) then move further and further away from God to their peril.

As important as this book is, it may only scratch the surface, of the significance of “The Seven Spirits of God” but it is intended to spur the reader’s interest in a personal knowledge of God which will prayerfully bring a personal relationship with Him. It is also intended to give enough detail to be a great blessing, help and encouragement to the reader; to believe and rely on God in a more personal way than he or she has ever known before.

John Roberts is new to the community of authors, and the first thing you should know about him, is that he confesses that Jesus Christ is Lord.

This author is not well known nor is he a popular media personality; he is not a Historian, Theologian or Bible Scholar and he does not have a PH. D; his Ministerial Credentials are not through any denomination nor is he hindered by any other man made intrusion in spiritual or inspirational things.   He is, however, a Spirit filled Christian who loves God and has been called by God and set apart for the Lords use.

This new Author has endeavored to write this book because he felt compelled, by the Holy Spirit, to do so; therefore, he acknowledges that any failings will of course be his and any success will certainly be Gods.