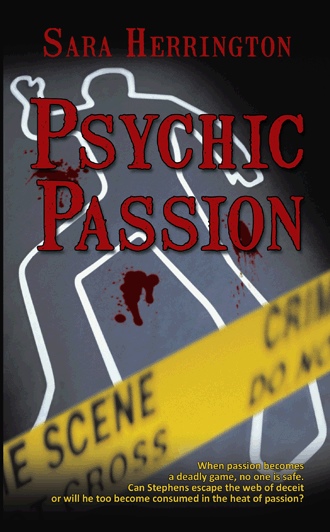 “Regardless of this flimsy economy, we never have to worry about a job,” Petty Officer Neal stated sarcastically.
“That's for sure!” Ennis chimed in.
“Ah, man. Another day, another dollar,” Jack replied, “That's how I see it.”
“But if we could get paid for what we do?“Neal complained looking to Jack for support.
“Whoever does? I mean how do you calculate your worth for real, Neal?” Jack snapped.
“Well, one thing is for sure; The more the economy crashes, the more folks end up like this.” Reginald concluded.
“Dead?” Jack asked Reginald.
“Yeah. Dead.”
“Well, they really can have this mess!” Reginald threw up his hands in protest. We make the case ---we do all the foot work and they” he said pointing to the detectives who were then approaching, “they get all the credit.”
“Oh look. Here come the detectives.”
“Like always,” Jack stated.
“Look more like Hawii Five O,” whispered Neal.
“Yeah,” giggled Jack. “You know they're always ready to take over, and frankly, they can have it!”
The officers joined together like cement in a closed circle and didn't invite anyone else. Trying to ignore the inevitable call of the detectives, they appeared busy.
“What'll we got here?” Detective Adams broke the ice and entered into the circle. He knew he was interrupting their conversations, and he figured it was about how he and his partner were not welcomed.
Reginald started, “Tell me Detective Adams, how long you fellows plan to stay out here tonight?”

Detective Adams knew the path this conversation was heading and for once he wasn't interested.

“Gentleman,” Detective Adams said slowly and politely. “This here is my new partner, Detective Stephens; he's kinda new in these parts. We just got the call to the scene like you did, that's all,” he explained very apologetically.

“Stephens is right. Please to meet you.”

“Are you fellows here to work or just talk?” Jack whipped in without interest in any formality.

“Get your gloves out,” Neal directed. Pulling and snapping his gloves to fit his short stubby fingers.

“What do we have here?” Adams inquired again.

“A mess --a hot mess!” Reginald responded, inviting them closer to the bodies.

Detective Adams shook his head as he neared the bodies and swopped at the bees and flies that insisted on being there. He and Detective Stephens started almost immediately investigating the scene for evidence and to understand what might have happened.

“Look, it appears that there are some drag marks over here.” He pointed in the direction toward the brush.

“There are no defensive wounds on either victim, but they were stabbed.” Detective Stephens observed a cut on the bodies that appeared to have been made by a knife.
“You have to get up close to stab someone. How does the killer stab two people and neither have defensive wounds?” Detective asked Stephens as they ran down possible scenarios. Stephens drives in first and Adams follows:
“He stabs the man first as the woman screams for help.”
“Well, why doesn't she run for help?”
“Maybe, maybe she is scared still, stunned or shocked.”
“Or?”
“Or maybe, Detective Stephens continued, “maybe she stabbed him first and then --wait that can't be. Look at the location of the stab wounds.”
“Or, maybe the killer was hiding and waiting on them to come and he attempted to rob them.”
“But, their wallets are here. That doesn't make sense. Wait, she is missing a ring. Maybe a wedding set. Look at the tan around her finger here. Detective Stephens searched for wounds or any signs of a fight.
“What about him? Is his missing? It might be a love affair that went bad, Detective Adams theorized.

He could be successful, if his past would not haunt him...

After losing his family, job, and reputation in a small Alabama town, Detective Stephens becomes Birmingham's newest addition. The lonely detective is assigned a tough murder case and an even bossier partner. When he vocalizes his haunch that the string of crimes is the work of a serial killer, Stephens' partner and the police chief silence him. Hiding details from his partner, Stephens decides to investigate solo, but the closer he gets to the truth, the further away from solving the crime he seems. The sensual temptations of Stephens' past, ongoing conflict in his present and the uncertainty of his future tailspin into a thriller that's anything but predictable.

In the end, Stephens' inner demons will kill him, if the killer doesn't first!