A Journey to the Promised Land

The Struggle of a Suburban Church to Build an Edifice 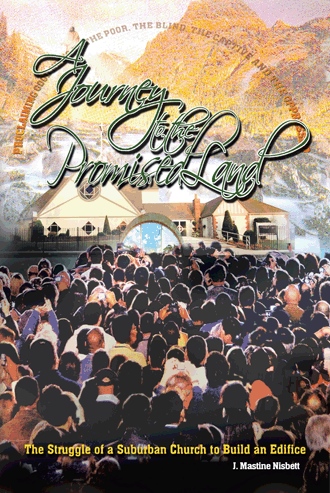 Almighty God hath been pleased to make you slaves here, and to give you nothing but labor and poverty in this world, which you are obliged to submit to, as it is in His will that it should be so.  If therefore, you would be God’s freemen in Heaven, you must be good and strive to serve Him here on earth.

If you want to raise this issue with the members of the official board, I will recognize you and give you the privilege of the floor, for this church is run democratically.  But I think I ought to tell you what I shall do the moment you are through speaking, -- When you have concluded your remarks, before I allow anyone else to speak, I am going to ask five men to follow me in a period of prayer for you, that the prejudice which is poisoning you, may be extirpated, and that you may become an honest-to-goodness Christian.  And this I guarantee -- that you are going to be prayed for as you have never been prayed for in your life before -- and I think God will answer those prayers quite promptly.

Segregation laws had forced the Right Reverend Clinton Quin, the diocesan bishop and Bishop Hines, to split their time between the two racially separate gatherings at the banquet preceding the Diocesan Convention. “Stop this ludicrous and unfair practice”, Hines demanded, “and either schedule one common meal or have no banquet at all”

Black Episcopalians have demonstrated the authenticity of their religious commitment by their persistent struggle to maintain their racial identity in a larger church body that has not readily until recently acknowledged their presence…  Black Episcopalians stand in the same relationship to the whites in the Episcopal Church as the total black community stands in relationship to the White America at large.

For conscience’s sake we Black Episcopalians must understand that we are legitimate, not only in the eyes of our brothers and sisters in the so-called black denominations but to Episcopalians as well.  It is important since the church needs us more than we need it.  Black members help to keep the church honest, to give substance to the firmly held dogma that we are church and not a sect.  A separate black church is no serious alternative.

Not least of all the problems is the apparent failure of the West Indian to appreciate and respect the agonies and injustices, which white people have for so long perpetuated against black people of this country, which have rightly created an angry people who have a strong sense of urgency about recovering God-given rights at all levels in American society.

Doubtless he meant Nigger.  A note bearing this message of hate was found, Sunday morning in a light-pink envelope that had a large K surrounded by many small ones. The envelope was stuck to a four-foot wooden cross set up on the lawn of a Negro family’s home at 118-18 235th Street, Cambria Heights. William Henry Durham got up Sunday morning, took his daughter Gail Antoinette, 6, to the garage through a rear door and drove her to Sunday school.  As Mr. Durham returned to their home, he saw the wooden cross on the lawn in front of their home.

We were really at an impasse.  True, we raised $651,582 and we had secured a loan of $125,000 from the Episcopal Building Fund.  But we were still “hungry” and in the wilderness; we needed another $450,000.  Could God rain manna from above once more?  Could God provide water from the rocks as it was done in the wilderness?  “Yes!” is the answer.  A resounding yes too!  “Out of the clear blue sky,” at a time when I least expected it.

Members of the construction firm worshiped with us on one occasion. We note in the Old Testament story how Joshua sent spies into Jericho before he invaded the country.  We did not use any spies, but evidentially, spies were used on us for I wonder in hindsight if the construction firm did not have an ulterior motive from our first contact with it.  The subsequent events recorded in this narrative show how the construction firm, which seemed genuine initially, turned out to be fraudulent.

The question before us on that morning was whether or not the recent excavation undermined the foundation of the existing building?  Reassured that the building was safe we proceeded with caution like Joshua and his followers to cross over the River Jordan.

A few weeks before the dedication of the new sanctuary, someone used a garbage bag that was left on the sidewalk of the property overnight for garbage collection to set the roof on fire.  Like all the hurdles we encountered, God was in the midst, for the garbage bag was not completely burned and the timber was hardly scorched.  It was like the burning bush, which was not consumed as mentioned in Exodus chapter 3.

In the previous chapters and in particular, the second, “The Exile,” we noted the plight and gruesome sufferings that blacks endured through slavery, racism and segregation. We observed the tensions between blacks and whites and also between African Americans and West Indians.  If we are going to be the ‘living stones’, that Peter speaks about, we have to move beyond our hurts, and repair the bridges.

While our predecessors did the groundwork in the community, the one who really laid the foundation was Jesus Christ.  This is why the church prevails notwithstanding the desertion of others.  God transcends race, ethnicity, culture and conflicts. &nb 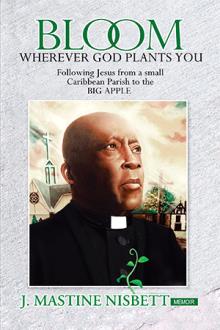 Dean Nisbett has crafted an excellent book that is carefully researched. He is a masterful storyteller, combining theology, sociology, history, scripture and church architecture into a masterpiece. Writing about the struggle of a suburban parish to build an edifice, the author cites numerous parallels between the Israelites’ history and that of the parish.  He recasts the Israelites’ story into the contemporary, making the Bible relevant in demonstrating the ongoing work of God.

Nisbett explores the struggle of African Americans to be integrated into the United States of America. He addresses the tension between West Indians and black Americans and notes the latter’s significant contribution to the Episcopal Church.  He recognizes the indelible contribution of the first African Americans who penetrated the white enclave of Cambria Heights. Recognition is also made of black Episcopalians for their valuable contribution to the society and for challenging the church to be honest to its Catholicity, insisting that they (black Episcopalians) be included into the “Body of Christ.”The author explicates the concept of vocation, the “call” to serve God in His church. He shares his personal experience.  Very inspiring!  A must read for those contemplating the ordained ministry.

The book integrates the Church into the life of the community.  It is an excellent tool for congregational development, and could serve as a model for congregations to chronicle their history from a theological perspective. In addition, the book will be useful to those researching the history of the ordination of black Episcopalians and the birth of the black Episcopal congregation in the United States. It is a wonderful resource for those considering church construction. Finally, the author theologizes the building and provides a helpful manual for every worshiper whom the author (in reference to 1st Peter) describes as “living stones” built upon the foundation of Jesus Christ, “The chief Corner Stone.”

The Very Rev. J. Mastine Nisbett, D. Min. was ordained to the Sacred Order of priestedhood in 1975. He has been Rector of St. David’s Episcopal Church, Cambria Heights, New York since 1985.  During his tenure at St. David’s, the congregation built a new edifice which was dedicated in 1992.  Since then the congregation has grown significantly. He is the current Dean of the Jamaica Deanery of churches in the Diocese of Long Island. He holds a Doctorate in Ministry from the University of The South, Sewanee Tennessee, and has done extensive studies in congregational development.