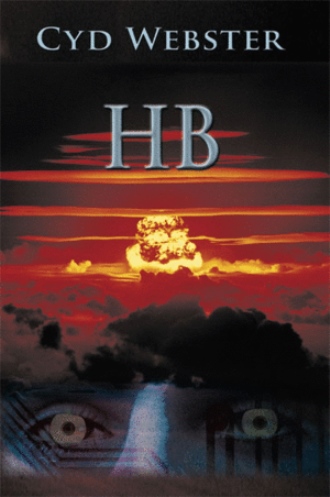 Annelle sat in the coffee shop and gazed out the window, observing people as they walked up and down the street on the sidewalks, watching them cross the street back and forth, inside and outside of the crosswalk, between parked cars, swiping cards in parking meters… and she began to wonder just how many of the men out there were HBs. She thought she had become proficient at spotting them, but she was blown away when her best friend, Janice revealed that Ronald was an HB. Annelle was almost traumatized when she learned that Ronald was an HB, the common reference for HomeBoys, the actual name for the androids that she was responsible for creating. She had made sure that she was always able to detect them, but already the newest model had become undetectable, even to her.

They have really gotten good at this now, she thought as she sipped her latte. Janice’s HB, Ronald, really shook her up and she couldn’t help feeling insulted and like an outsider already, even though technically she was an outsider at this point.

Here it is, 2021 and I’m sitting here, staring out the window and trying to identify HBs as if it’s some kind of contest or something, she pondered as she watched men walk past the coffee shop window. She was unable to prevent the feeling of anxiety about the fact that she just wasn’t sure anymore. The older models were easy for her to detect but Ronald really put her in an insecure, uneasy, place. He was just so natural looking and acting, she mumbled to herself. She let out a sigh as she placed her elbow onto the table to rest her head in her hand and continued to gaze out the window. She thought about how HBs were supposed to be that way... undetectable by most people. But the very idea made her shudder as she thought about how she, herself, had made the mental leap that she criticized so many other women for, and actually fell in love with her last HB, Ted. Her emotional attachment to Ted felt like an endless, nagging guilt trip that she couldn’t shake as she sat there gazing out the window, having a conversation in her head. She was the type of person who would ‘never say never’, yet she never thought she’d ever become attached to Ted the way she did, and it made her feel like a hypocrite. The more realistic HBs were taking the company in a direction that made even Annelle, very uncomfortable. She was more than uncomfortable about them… she was disturbed.

She still could not have imagined that she would end up sitting in the coffee shop every day lately, sipping latte instead of being at work. Annelle had been the top Project Manager Executive of development who pushed the idea to make HBs’ more life-like as time went on in their development. Now, as she sat in the coffee shop, she felt conflicted about whether it was a good idea to go as far as they did with them. Her regrets were fleeting as she thought about the benefits of taking this route with HB development. After all, sales went through the roof once they became so ‘life-like’ and her popularity was that of a rock star among many women. Her stock options along with her salary package made her a fortune.

So here she sat, in her usual coffee shop spot, as her mind wandered down the road from whence she came, to where she ended up...

How unpredictable is life? Questions swirled around in her head as she continued to gaze out the window, and as uncomfortable as she was about the HBs’ evolution, she was more uncomfortable about where she was at in the particular moment in that coffee shop. She was completely confused with her existence there. She wasn’t feeling like she had fallen, like she had hit ‘rock bottom’ or anything like that. And then she wondered if she should be feeling like that, and if so, why wasn’t she. She was on top of the world a few months ago, and now,  here she sat feeling like her brain was on spin cycle, wondering how she got there.

After Annelle graduated from college with a degree in Micro biophysics, she went straight on to Graduate School and then pursued her doctorate with a dynamic and astounding paper she wrote on Creationism and Ethics, which included the development of androids with the emphasis of their development on human companionship and more specifically, creating male androids for women.  Her paper caused such a controversy amongst her peers and even outside of the discipline amongst religious factions and many others. There were many people who couldn’t understand her motivation for having such an idea as creating me 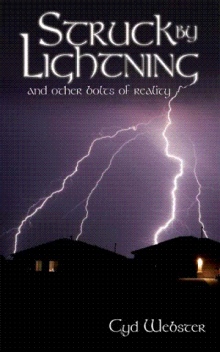 Struck By Lightning and Other Bolts of Reality
Cyd Webster
$12.95

HB! HomeBoy... Androids! Replace men? How in the world can this happen?

It’s a story about a scholarly young woman who invests her energy toward finding a solution to answer the problem of women who are unable to find a suitable mate in the traditional sense, leading to traditional family life.

The story takes place in a time where the legacy of war and devastation, economic turmoil and social decline, has led to a diminishing population of men.

The main character, Annelle Carter is a scholarly, leader who takes an idea, seizes opportunities and brings it to fruition, but not without controversy. Throughout the story, we can see many attitudes and opinions displayed by the characters, Annelle’s friends and adversaries.  HB is a story that is just one possible outcome of the many, on how our future plays out.

Cyd Webster hopes to inspire dialogue among readers in regard to being aware of what is going on in our environment, including scientifically, politically, economically, religiously. To remain blissfully ignorant of all the machinations that are happening around us has proven time and time again, to be detrimental. By the time most people receive a ‘wake up’ call to crucial issues, the damage is already done. It’s a lot harder to turn a ship around once it has sailed way into its course.

Cyd Webster was born in , , and lived in , NJ most of her life. She holds a bachelor’s degree from and attended graduate school at . She is an Information Technology professional for over 26 years, but has always dreamed of being a writer. HB is her second published work. Her first published book Struck by Lightning and Other Bolts of Reality is a collection of short stories, and is still available for order. More information is available at www.cydwebster.com.