Songs and Recipes: For Macho Men Only 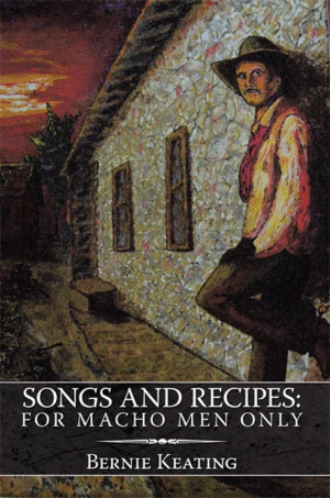 Why songs and recipes? I was raised in the last frontier of the West in the Black Hills of South Dakota, and while we may have lived a crude life by today's standards; we did have a fine culture. We loved to sing songs. In later life I became a successful executive in a major corporation, but if I had my life to start again, and had the talent, I would have become a singer or song-writer. Unfortunately, God did not give me a good voice, nor could I muster the ukulele or piano beyond the tune Chop Sticks. But I loved to sing. Melodies and lyrics have always made a big impact on my psychic and in my life. If people think cooking a meal was a job given only to ladies, they should have lived in the Rural West where life was a shared experience. She learned to help outside on a horse or in the barn, and every cowpoke and rancher I knew could cook his own meal when required, and do a damn fine job of it. He learned it by osmosis soon after he learned to walk. It started as a means of survival, and then as he grew older, it became a hobby for many, even for the macho man. Some of my fond early memories are of a Sunday afternoon with the family in the old Model A Ford and all the windows rolled down for fresh air. Dad would lead the family singing, while Mother attempted to maintain control among us five children in the back who were jockeying for a seat by an open window. When it was my turn, I'd stick my face out into the fresh open air and sing to my heart's content. Yes, we had a fine culture.

These are sketches about the life and times that Keating travelled. His first book was RIDING THE FINCE LINES: Riding the Fences that Define the Margins of Religious Tolerance; he is joined by five co-authors: Muslim scholar, Jewish rabbi, Catholic priest, Protestant minister, and Buddhist minister. Keating's second book, BUFFALO GAP FRONTIER, is a personal historical account of the settling of the Last Frontier in South Dakota and Wyoming. He is joined by two co-authors: a pioneer rancher, and a Lakota from the Pine Ridge Indian Reservation. His third book, 1960s DECADE OF DISSENT: The Way We Were, is a historical novel written about the times on the U.C. Berkeley when the author was a student.