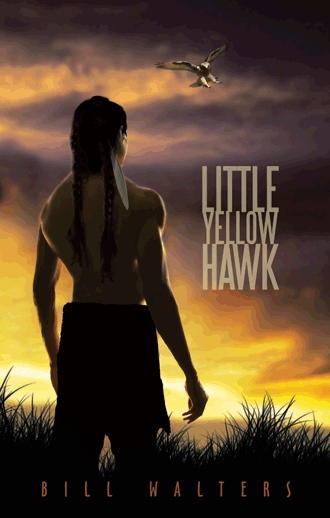 Swinging upside down, slowly, back and forth, was making the blood rush to Little Yellow Hawk’s head. He knew he was in trouble, oh, was he in trouble; first, with his mother, for venturing too far outside the safety perimeter of their camp. Then more trouble for trying to kill a deer without his father’s permission. But this trouble meant nothing at all because it looked like he might never get the chance to be in trouble again, before these crazy-acting men killed him. They were holding a long, curved sword, with a double yellow tassel hanging from the handle. Each time Little Yellow Hawk swung close to one of them, the one with the curved sword held it up close to his throat, pretending to cut him. He was afraid they were going to stop pretending pretty soon. It had all started earlier that morning. Little Yellow Hawk’s sister, White Moon, was teasing him about not yet being a brave. Little Yellow Hawk had just turned 17, and anytime now, he could be tapped out for his ordeal. The ordeal was his possible initiation into male adulthood as a brave, a warrior, a man! White Moon said, “You know, we don’t have much food left, but the other young braves will surely kill some deer or maybe even a bison for us.” Little Yellow Hawk said, “I can shoot my arrows as straight and true as any of them.” She continued, “You are not a brave. You talk like one sometimes, you walk like one sometimes, but you are not a brave, you are still unproven.” Oh, that made him so very upset. He didn’t enjoy being upset with his only sister. If he hadn’t loved her so much, he would have tried to paddle her backside. 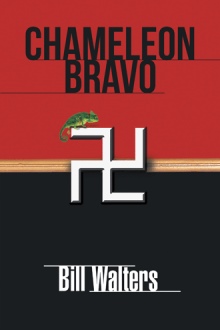 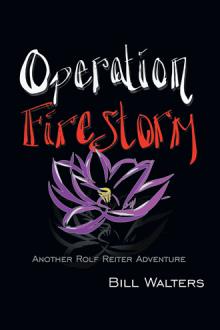 As a wagon train heads to the American West in the late 1800's, a fast paced collision course develops between a fair maiden, a dashing new cavalry officer and a teenage indian brave, named Little Yellow Hawk. Violence, romance, treachery and danger lurk around every corner. Fort Washington and its inhabitants face an onslaught of emotional battles complicated by a sinister plot. Life and death decisions become more frequent as the indian attacks increase. Settlers are murdered, and seek refuge in Fort Washington as the action culminates in a final assault. Little Yellow Hawk is a hero of remarkable courage and honesty. He rises to the occasion, time and time again, providing the reader with an insight into the growth process and maturity that an indian brave confronts, and ultimately conquers.

Bill Walters resides in the heartland of the Great Lakes, Battle Creek, Michigan. As a boy scout and selected member of the Order of the Arrow, he participated in Native American dancing, canoeing, and studies. Walters, a four- year veteran of the U.S. Army Security Agency, served in Southeast Asia, and Europe. His various careers have included law enforcement and manufacturing operations management. He and his bride/editor, Cindra, enjoy boating, jazz, and literary pursuits.