Kill Me Once...Kill Me Twice

Murder on the Queen's Playground 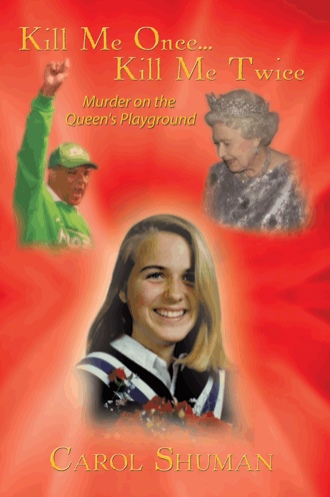 Class and racial antagonisms are rife, and there are few islands to which it would not be easy to apply the well-known local adage:

If you’re white, you’re all right

If you’re brown, hang around

If you’re black stand back…

View from the Top

The twenty-one-year-old Jamaican spent most of his life in Bermuda, living with his family in cramped quarters, across from the Augustus Funeral Home, in “back of town,” just down the hill from the vast grounds of Government House that accommodates Bermuda’s representative of Queen Elizabeth II. A turreted grey and white mansion set back from Black Watch Pass on the outskirts of Hamilton, the site allows the Governor a superb view of the ocean, while lush foliage protects him from noticing those tightly packed structures below that often house multiple generations.

Moreover, tour guides don’t remind ladies who take tea at Government House of the bloody murders that happened there in 1973, a situation so explosive Bermuda had to bring in British soldiers, Scotland Yard, and the hangman at night when the murderers faced justice years later. Neither do guides say that the grand manor on its nearly forty acres of lush cedar, casuarinas, rubber trees, and oleanders rubbed some of Mundy’s struggling neighbors so raw after those political killings that London’s Foreign and Commonwealth Office (FCO) assigned a committee to find a less ostentatious site. The site is still offensive to some, but there is speculation that the committee never met.

As Justis Smith tried to flee, according to police, he threatened, “I’m going to get you. You’re a dead man.” Police quoted Smith during his arrest: “Fuck you. I don’t care. I will go to prison for all of you.”

By the time Smith’s hearing relevant to that incident came about, he had more serious matters going on. 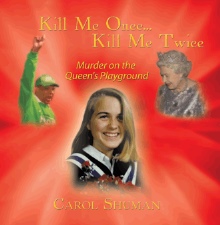 Sixteen-year-old Rebecca Middleton and best friend Jasmine Meens make their “trip of a lifetime” to the Queen’s “Jewel in the Atlantic,” oblivious to secrets beneath the island’s idyllic guise and to the horrors that await them on the dark side of Paradise.

Sunny days and teal surf welcome the Canadian teenagers as they roam the twenty- square miles of the seemingly pristine British territory. But on this searing July night, a full moon, an unusual storm, a cancelled cruise, absent taxis, and chance meetings end in the gruesome kidnap, rape, torture, and murder of Rebecca Middleton.

Emotions left over from long-standing racial inequities impact Becky’s case from the moment of her slaughter--especially the hangings of two black men for the murders of five white men during those racially charged 1970s--a matter many still prefer not to discuss.

During an inquiry brought about by a tourist boycott of Bermuda, advocate LeYoni Junos exposes truths behind this tangled web of deceit. But it won't be long before LeYoni Junos suffers those consequences typically experienced by those who fail to “lie in the tide.”

This is a true story of murder, collusion, conspiracy, and cover-up designed to protect the secrets of privilege, and hide the poverty, violence and drugs that darken Bermuda’s tranquil pastels, a third-world setting of mysterious beauty and international influence incongruent with its size.

Dr. Carolyn (Carol) Shuman, who holds a Ph.D. in psychology, has long held an advocacy platform, beginning with her ten-year career as a newspaper reporter and editor in the U.S., cited by the Georgia Associated Press for enterprise reporting. She also holds a Ph.D. in behavioral medicine psychology from Texas A&M University-Commerce, with military and private clinical practice in Bermuda before becoming a fulltime writer in 2003.

Born in Canada three months after her English war bride mother arrived in there—raised some sixty miles from Becky’s home in Belleville, Ontario--Shuman left Canada with her parents as a child, then spent most of her adulthood in the U.S., moving to Bermuda in 1990. There she has worked with the U.S. Navy, practiced clinical psychology, writes, researches, and advocates for human rights, investigating cross cultural and other psycho-social issues.

Along with her professional writing that has encompassed more than forty years, Shuman has published a book for children to deal with the events of September eleventh and other catastrophes: Jenny Is Scared: When Sad Things Happen in the World, Magination Press (2003). Used by professionals and parents internationally, this work also has been published in Japanese and Korean.

Kill Me Once…Kill Me Twice: Murder on the Queen’s Playground is her first adult non-fiction book.