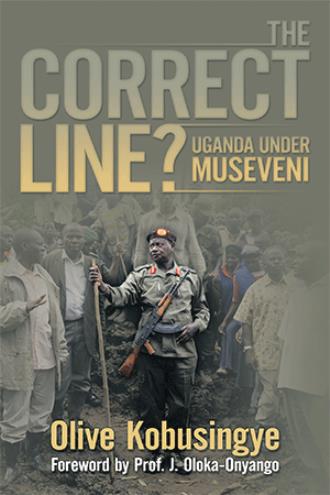 Chapter 9: No Safety in a Safe House.

“… the security of the people of is their right and not a favour bestowed by any regime. No regime has the right to kill any citizen of this country, or to beat any citizen at a roadblock. We make it clear to our soldiers that if they abuse any citizen, the punishment they will receive will teach them a lesson. As for killing people – if you kill a citizen, you yourself will be killed. Yoweri Museveni.

If anybody had told Ugandans in 1986 that the government planned to introduce secret houses where crime suspects would be held and tortured to extract confessions, and that these houses would be managed by persons not regularly employed or supervised by the Prisons Department, many would have been outraged. … I asked John Nagenda, the presidential advisor on media affairs, about his views on this. His response was unequivocal:

Besigye was on his way back into after a series of crowd drawing rallies in , all of which had been covered in the media. … Thanks to the ubiquitous cell phone, within minutes the whole city and country knew that Besigye was being arrested. … Spontaneous demonstrations broke out, and then rapidly degenerated into violent riots. The city was soon engulfed in tear gas and the sound of gunfire. When all this died down Besigye was in custody. He was to be charged with treason and rape, which offences carried a death sentence, and which meant that bail could not be granted until after six months. That was 14 November 2005, one month to the presidential nominations.

David Mpanga recalls what it was like for Besigye’s legal defence team. “The rape trial started on the 2nd of January 2006. Besigye was being guarded like a dangerous animal. Armed guards in the windows, entire blocks cordoned off. Initially we were not allowed access to our client. When we finally got to talk to him we were denied access to some of the important documents for the case. Then it turned out that the [police] statement from the complainant had been taken in State House - in the residence of the one person most interested in Besigye’s conviction. The state’s key witness [Besigye’s housemaid] had been abducted and imprisoned on the orders of CID chief Elizabeth Kutesa, to compel her to testify. She was being provided for by the state, which had got her a house, as well as started and financed a chicken business for her. … Then Elizabeth Kutesa, head of the CID, was called as a state witness. Her cross-examination revealed that the state had blatantly falsified police records. It became very clear that this case was about malicious character assassination aimed at discrediting and smearing Dr. Besigye. The state was not interested in justice.”

Chapter 14: The Law of the Ruler

“A leader must do in private what he states in public. Two-faced leadership is abhorrent to me.” Yoweri Museveni

If there had been instances when the state, still purporting to champion the rule of law, broke the law with impunity, the trial of the PRA suspects brought those contradictions into sharp focus. The Judiciary was caught perched uncomfortably between its high calling to uphold the constitution and ensure the administration of justice, and its continuing attempts to function normally in an increasingly abnormal environment, where the Executive expected it to do its biding. 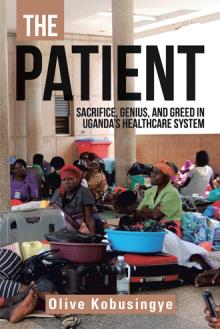 Olive Kobusingye is a Ugandan surgeon and injury epidemiologist. She is a graduate of Makerere University, the University of London, and the State University of New York at Albany. She is married and a mother of two daughters. She has lived in the UK, the USA, Kenya, the Republic of Congo, and Zimbabwe. She and her family live in Kampala, Uganda.