Historical and Religious Highlights of a 2,000 Year Old African Dynasty 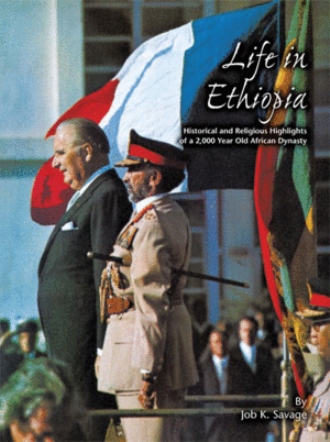 If you like oddities of history in an old African country then you will enjoy this book.  Also you will like learning how people live under conditions so unfavorable for centuries and how they finally begin to change. In the early part of this book the author and his wife relate some of their experiences in getting settled in a country completely foreign to them. Furnishing a small apartment is a real challenge in this country that relies in large part on having furniture handmade rather than manufactured in a plant and  bought from a  retail stores. Locating a place to live was a major decision, as was the selection of a maid. Fortunately, The author and his wife considered they were fortunate in their choices. They selected an apartment and avoided having to have twenty four hour guards (Sabaynas with a dog)to guard their home. Also they might have elected to live in house in   the American section ( commonly known as the American Ghetto).This would have been a more sheltered place to live ,but they would have missed the experience of getting to know the natives and other interesting people who chose to live outside the protected areas.

They take you sightseeing to beautiful old churches and monasteries, to historical places, and famous buildings. One trip was by air for about two weeks that took you see some of that was not visited by many tourist, the famous rock churches of Lalibela, an ancient capitol of , and historical Lake Tana, to mention some   They share with you some of the  interesting myths that abound in .

The latter part of their two year stay they begin to realize that is about to experience a coup d’état. It becomes dangerous to travel on the streets of . About when their time was up the country was in turmoil. Fortunately they had earlier decided not to accept an offer of another two year tour and were able to get out just ahead of any major trouble. They like describe their trip to airport as being transported out under armed guard.

It was years later when the idea of writing a book about emerged. The Savages say they intended to return home after their assignment in to a normal retired life. That did not happen. The telephone began to ring and people were wanting Job to take another overseas assignment. The offers were too much to resist and soon Job was back at work, though not for two year assignments. Most were two or three months at the time and there were almost always intervals of several months between jobs. On most of these trips he was accompanied by his wife.

As the years passed there were occasions when was brought back to mind, one in particular, an offer to teach a short class on for the Christopher Wren Association at the and Mary. Job was flattered to receive the offer and accepted. Now he had to go to work and really learn about . He saved his notes with the idea that one day he might use them to write a book. And now you know!

There are many countries in with interesting histories but none so old or as interesting. To fully appreciate it would be nice if we could go go back some millions of years when it began. Unfortunately there is so little left in the way of evidence it almost impossible to make it worthwhile. Because of the past movements of the earth’s crust in the Rift Valley some valuable finds do occur. One example is the skeletal remains of LUCY found in1974 by a team headed by Donald Johansen.LUCY lived over three million years ago and is described as a gracile australopith. The next link in the evolutionary chain will be homo sapiens ( humans).The area that we now know as was one of the very few places where humans first lived. There also claims made that the Negro’s great contribution to civilization was the development of cities in what is now . And that there were said to be opulent cities in the valley peopled by Ethiopians who were civilized long before whites. 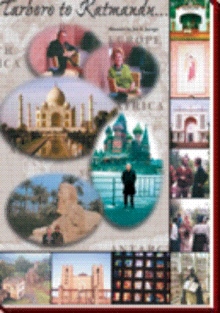 The author becomes fascinated with after he and his wife live there for two years. This fascination continues to grow as the years pass and they explore other countries, particularly African countries. The idea of bringing this fascination and uniqueness to the attention of others develops, and a book results.

To be more specific, factors such as Oldest Christian Empire, one of the oldest –if not the oldest-dynasties In the world (over two thousand years)- one of the oldest written languages, Ge’ez- Ancient Ethiopia one of places where early civilization began-the  city-state of Axum where Ethiopia began its dynasty and said to be the repository of the Ark Of The Covenant (Ten Commandments).

Also there are some remarkable sights to be seen such as the famous rock churches carved out of solid volcanic rock underground during the reign of King Lalibela the Falashan King of . Churches and monasteries are abundant in , many are spectacular to behold and filled with crosses and other religious works.

The history of the wars fought among different sections of the country and between countries is gripping. It seems them was never a new ruler without a series of battles to determine the succession. Each ruler was supposed to  be descended from King Solomon and the Queen of Sheba. Fact or myth? The Ethiopians say fact. Whatever, it is one of the great stories of . There was one period of over three hundred years when the Solomonic Line was interrupted by the Falashan Line headed by Agaws, who were Jewish (black Jews).The Falashans were said to be descended from the Jewish servants who came  back to Ethiopia with Menelik the First( son of Solomon   and Sheba).

The dynasty ends when Emperor Haile Selassie is dethroned in 1974

A creative mind trained to exploit that ability describes the author. During his working career he has travelled in at least sixty foreign countries and worked in half of them. Job is an economist with a PhD. Degree and specialized in agricultural development. Prior to working overseas he was employed by the US Department of Agriculture in in Farmer Cooperative Service.  There he worked his way up the ladder and received an AWARD FOR SUPERIOR SERVICE from the Secretary of Agriculture. In February of 1972 he retired from the USDA with thirty two years of honorable service, and accepted a position in as an advisor to the Minister of Agriculture. After two years in he declined an offer to continue for two more years. He and his wife had decided to return home and settle down to a quiet life of rest and relaxation. But this was not to be. Soon the phone was ringing and the offers to work overseas were too tempting. Job was back overseas, and worked as a consultant for another sixteen years. His lovely wife, Agnes, accompanied him on most of his assignments. They never again established residence overseas.