The Secrets of a Beauty Therapist 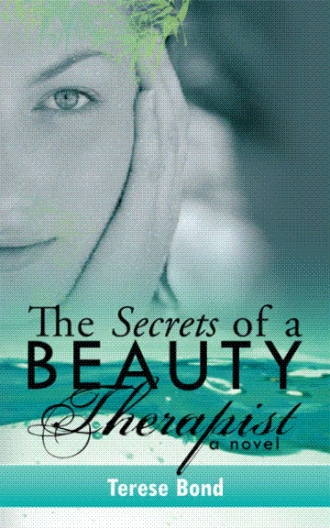 For over four months Vanessa had met Dick twice a week, every week. It all started the day she walked into his office to negotiate a large and lucrative advertising campaign. “Mr. Dick Larsen.” Vanessa strode into his office with the confidence years at ProAds had allowed her to accumulate. Her elegant black pumps delicately tapped on the hardwood floor of his office as she made her way to his mahogany desk and held her hand out for a handshake. “I’m Vanessa Wagner.” “Yes, Miss Wagner. I’ve been expecting you.” His hand was warm as it enveloped hers and his smile was strangely inviting. “I apologize for the delay. I wasn’t expecting…” “Not a problem.” He glanced down at her pencil skirt. “Mustn’t be easy walking around in that.” Thrown off guard, Vanessa blushed and felt the need to retaliate. “Not as difficult as it must be to say anything coherent with that necktie cutting off the circulation to your head.” He released her hand and settled back into his leather chair with a pleasing sigh. “I’ve hit a nerve. My apologies. I was just trying to empathise.” Vanessa resumed a professional air as she manoeuvred her super tight skirt into a designer chair that was no doubt expensive, but looked incredibly uncomfortable. “As I mentioned on the phone I think that we could do a lot to change the image of Market’s Deals.” His eyes bore right through her as she presented him with all her advertising company could do for him. Her words buzzed in her ears, seemingly making little sense. She tried to make sense of his gaze. She wasn’t the type of woman to usually attract such scrutiny. Businesslike, professional and rather conservative, she’d made it a point to keep sex out of business. Now, with his eyes concentrated on her lips and his tongue passing slowly over his dry lips, her body responded while she tried to ignore it. Yet she wasn’t quite able to ignore the strong line of his jaw. His hair, the colour of wet sand, had a professional looking cut that appeared to have been neglected for a while. It gave him a dishevelled appearance that was at once disarming and enticing. “How ‘bout dinner tonight?” he asked when she finished her presentation. “I… I…” She scooped up the reports, documents and samples she’d set out across his desk and crammed them into her tightly stuffed briefcase. 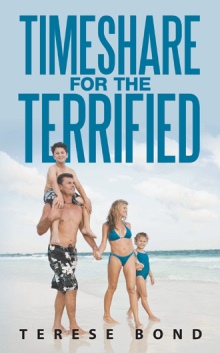 Timeshare for the Terrified
Terese Bond
$14.09

The Secrets of a Beauty Therapist is a collection of short stories based on the clients who've walked through the door of Claire’s beauty salon. The collection includes the dark secrets of:

A mistress who wants more

The intimate secrets told by real men and women is amusing, instructive, enthralling and arousing.

Terese has always wanted to write. This book is the first of a series. People and places have long been her passion. She lives in England.