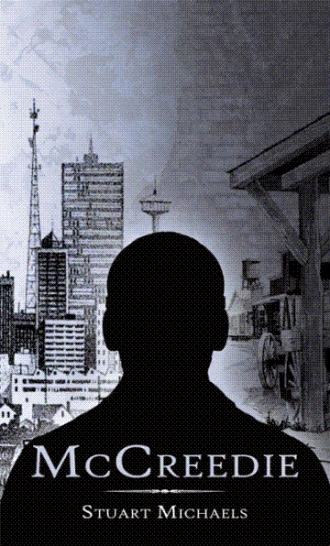 Grace pauses for moment from her sweeping, gazing down the track; the veranda isn’t dirty, not even dusty, she just needs something to occupy her mind while she waits.

For their own sake Grace has sent her two children out into the fields to check on the snares they’ve set. Rabbits, hares and other small mammals are the family’s staple diet. Sixteen-year-old Chloe and nine-year-old Thomas are not to return until she calls them. A confrontation with Lee Stone, and she knows that is the likely outcome, may turn violent, possibly with sexual undertones and Grace doesn’t want her children to witness that. At sixteen Chloe is an obvious target for women starved cowboys; if anything happened to Chloe, Grace could never forgive herself. She knows she must face this alone for her children’s sake, and suffer the personal consequences of her actions.

Their futures changed the day Grace’s husband died in a riding accident. Pete Mitchell was an experienced and careful horseman; Grace has always doubted his death was an accident. He was too good to let a simple mistake cost him his life.

Her suspicions of who is responsible turn her stomach. Lee Stone was already applying pressure on the family to leave. He had good reason to remove the stubborn obstacle in his way. Stone wanted the ranch and what it stood for to further his stranglehold on the County, but Pete Mitchell was a stubborn man and wouldn’t give in to Stone’s threats. It was his business, his life, the home he had built for his family and that meant everything to Pete Mitchell.

He wasn’t a violent man but Pete’s stubborn ways had often got him into trouble. He’d crossed the likes of Stone on many occasions and done ok, except one time twelve years ago in Turnpyke. That was the day he met Sam McCreedie.

Pete had a run in with a number of cowboys in the general store while picking up supplies. One gun touting mouthy young man took exception to Pete’s attitude and challenged him in the street while Pete loaded his wagon. Pete wasn’t wearing a holstered pistol, he didn’t own one; he couldn’t have fought back even if he’d wanted to. The young gun was insistent and talked a comrade into loaning Pete his sidearm. Pete’s mouth had gotten him into real trouble this time, and his stubborn ways wouldn’t let him back down.

Pete’s thoughts centred on his wife and young daughter as he stood in the middle of the dusty street facing almost certain death; shivering in the hot summers sun like it was the middle of winter. Who would take care of them if this went all wrong, and it sure as hell was going to?

Without warning the young gunman’s aggressive stance changed, and he slowly backed down. Bemused by the sudden change of situation, but not once taking his eyes off the young gun Pete became aware of a man’s shadow next to his in the dry sandy soil.

Pete reacted to the young cowboy drawing his pistol, a perfectly natural instinct. Before his sweaty hand had touched the butt it was done with. One single shot had been fired and the young cowboy standing in front of him slumped to ground with a gaping bullet wound in his forehead. His six-shooter was still in its holster. When Pete turned to see who’d fired the shot he looked Marshal Sam McCreedie squarely in the eyes. Sam McCreedie had saved his life.

Marshal McCreedie escorted Pete Mitchell back to his ranch, the fear of reprisal high on his agenda. The young cowboy he had gunned down was a member of the notorious gang. One of a growing number of outlaws with trouble on their mind, and hell bent on creating havoc for ordinary decent folk. From that day forward Pete Mitchell and Sam became firm friends, until two years later when Marshall Sam McCreedie disappeared. When that day arrived Pete convinced himself that the gang had finally had their day.

Imagine living life the way our forefathers did—a simple, uncomplicated black and white existence where major decision making was centred around placing food on the table for the family. What if that choice was made possible? What if a person could opt out of the rat race? Could you leave behind the convenience and comfort of the 21st century? Could a semi-independent state function with minimal interference from the outside world, and without modem technology?

It took millionaire businessman Duke Branigan many years, and a huge amount of his personal fortune to create, but in 1981 the semi-independent opened its doors for business. Cross that imaginary date line and one travels back nearly 140 years to a time where the convenience of those bygone days is acceptable, but progress is forbidden.

is no holiday camp, it is a commitment. Can it work? Do those who have chosen the good-life want it to work? And why does a man like McCreedie become so important to its survival?

Writing is a hobby for Stuart Michaels. He writes for fun and relaxation. Now in his “mature years” time has become far easier to allocate to his passion, and where seeing his work published is a dream come true.

“Opportunities for an unknown author are scarce, but in my experience one should never give up. There is a lot of good work out there crying out for a chance to be seen. I hope you enjoy my hobby with me”.