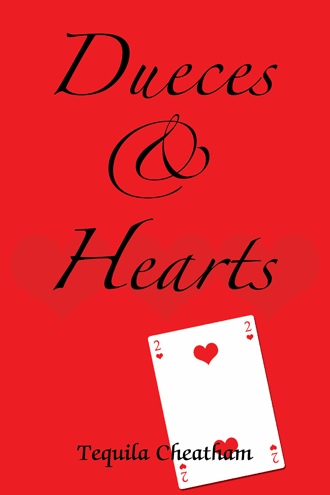 If a human goes through life without love, he or she does not exist. This collection of poems speaks from the point of view of both men and women, married and single, young and old; the lonely and the loner; the homo/heterosexual, the pregnant, and the abandoned. This poetry book is for YOU.

Tequila was looking for what she was lacking in all the wrong places. Chasing her dreams through the Northern Migration, she discovered artistic conjugations from her heart's imagination. Born in Miami, Florida, Tequila learned at a early age how to express herself on paper. No one, except for her mother ,was aware of her creativity. Oneday, during a free writing assignment, her middle school English teacher realized she was doing something that none of her classmates were doing at the time: using metaphors to describe the world around her. Tequila thought nothing of it. Afterall, she was used to writing in daily journals and learned how to write by reading poetry, specifically by Maya Angelou. In high school, she decided to test her skills by entering a poetry contest for the Dade County Youth Fair and Exposition, where she won her first, third place ribbon. After graduating from junior high, going through a couple of science majors, and taking a year off from college, Tequila discovered that she had been ignoring her passion. It resided in her heart, right hand, and pen. She decided to enroll in the University of the District of Columbia, with a study in English, and a minor in Theater. In a Playwriting class, she won first place for an original play called, Time. Currently, Tequila is working on many other writing projects. She aspires to become a playwright/screenwriter, sending an invitation out for the world to view her mental circus.