I Don’t Want To, God

Wrestling with God Is Normal

by Rev. Dr. Charlie B. Mayson 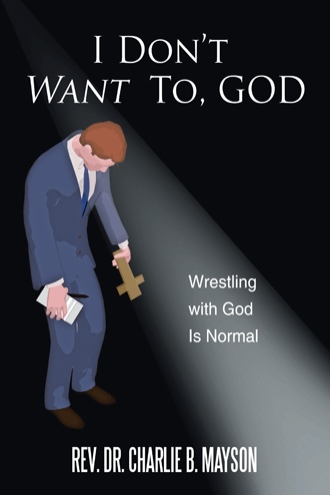 The following is a document drafted to make know to various groups my plight.  This notice was sent to various state and federal congressional leaders.  It was also sent to the American Civil Liberties Union as well as other members of our so called “justice system.”

Rev. Dr. Charles Mayson, is a man who has been doing nothing else than trying to seek and do God's will.  In this endeavor he has Pastored and started churches; he has studied for and earned a Doctorate degree; he has earned the respect and admiration of many people of faith.  At the time he was dragged into this countries legal system he was Pastoring a ministry designed to provide spiritual development to those in drug and alcohol recovery.

In July 22, 2008, a young girl with mental health problems, then 15, claimed that Rev. Mayson abused her in January, 2005, then 12, after a church service while she was supposedly cleaning up donuts and coffee in the Sunday School classrooms of the church.  She says that she bit him and ran out of the church yelling. She further claims that she never attended the church again.  She claims she didn't remember anything else. She claims she doesn't remember what she was wearing, who was in the church, what she did with her soiled clothing.  She had no idea who was in the church at the time or why Rev. Mayson out of the blue would decide to touch her inappropriately.  She admits that he never showed her special attention, called her during the week or singled her out for favors.  She claims that without any preemptive grooming and contrary to any behavior Rev. Mayson ever exhibited before, he walked into the room she was cleaning alone, with a church full of people, put his arm around her and assaulted her.

All of these allegations resulted in one thing.  Despite being innocent Rev. Mayson's life has been turned upside down.  He was arrested on July, 2008 on two felony counts, jailed until able to post bond a week later.  He has been in court 22 times.  There have been three trials.  The first two resulted in mistrials.

After the Commonwealth Attorney and the defense rested their cases and prior to the jury beginning deliberation, Charlie's attorney asked the judge to dismiss the case because the burden of proof had not been met.  The judge agreed that the burden was not met, but in his own words he did not know "how to" stop the trial. So, because of his ignorance of the law he decided to allow the jury to hear the case.  The judge, the Commonwealth Attorney and nearly every one in the court room were shocked when the jury returned a guilty verdict 45 minutes later.

The entire justice system broke down.  The judge knew that no real case existed; the Commonwealth Attorney knew that she had no case other than a young girl claiming to have been molested; the jury assumed that his girl had been molested and that someone should be punished. 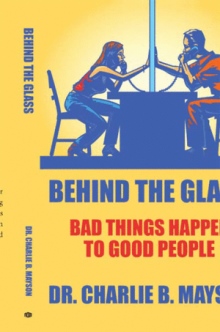 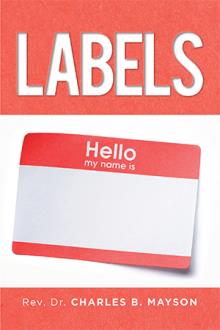 At times we find ourselves in situations that we think are unjust, unspeakable, or just not right. We may shake out fists at God and then feel guilty. I DON’T WANT TO GOD is the opportunity to see that wrestling with God is normal. Dr. Charlie Mayson looks at the lives of Isaac, Abraham, Sarah, and the other heroes of the faith named in the Paul’s letter to the Hebrews. He shows us that wrestling with God was not only for these bible heroes, but is normal for us as we struggle to do God’s will.

Rev. Dr. Charlie B. Mayson is an ex-army helicopter pilot, corporate executive, and business owner. He was called into the ministry and after seminary began to minister in southern Virginia. After failed marriages, entry into alcohol recovery, and marriage to the girl of his dreams, life showed up. He was falsely arrested, unfairly convicted, and jailed for something he did not do. He is currently facing a six-year prison term. As a man of God he has been tested to the extent of his faith. God has continued to provide for his needs while also using his experience as a model for others who have had life show up and kick their doors in. He currently resides in Petersburg, VA, and pastors a ministry for those in drug and alcohol recovery. He is married to Sheila, an RN, who works at the local physical recovery hospital. He can be contacted at CharlesMayson@msn.com, or at his web site at behindtheglass.vpweb.com.