In the Absence of My Father 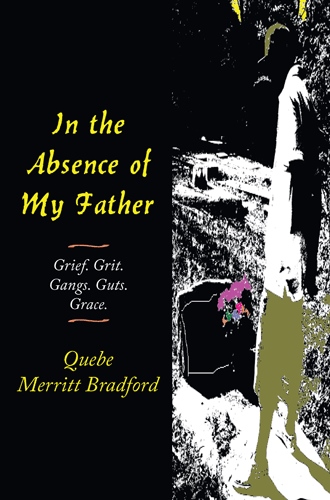 Chocolate woke up every ten minutes to the sounds of zombies wooing in the wind. The cries of victims sailed into his room, hijacking his sleep. He teased the pillow from under Mariner’s head and gripped it tightly around his head, over his ears. Slowly, his grasp of the pillow lessened, and his body gave way to delta sleep. The alarm clock sounded, and Chocolate opened his mouth in protest. He lay down for what felt like three more minutes. “We done missed the bus," Mariner screamed, hoisting his pants to his waist. He tapped Chocolate, then jumped back, anticipating Chocolate’s left hook. “Choc’late,” Mariner called, throwing a shoe toward him. “We’ve got to get up.” Chocolate’s sleep-glazed eyes strained to focus. He peered at the alarm clock with disdain. “If we hurry, we may be able to ride with Rachel,” Mariner suggested. Chocolate frowned, but Mariner persuaded him that it was the only way to avoid a five-mile hike to the school after sleeping in by twenty minutes on a school day. There was no way that Gene or Jerry would take them to school. Chocolate could imagine Gene’s voice if he asked her for a ride, “You missed the bus? Stay at home then. I’ve got some work for you and Mariner to do. I’ve got plenty.” Jerry would tightly furl his lips and growl, “I wish you would wake me up, boy.” The boys tiptoed in the house and quickly dressed in their uniforms. Chocolate and Mariner took turns using the brush to uncoil the tightly kneaded hair on their heads. In the murky shadows of the morning, Chocolate located a semi-white shirt and some khaki pants. He held a sock up to the window, straining to determine if the sock was navy or black. Chocolate whizzed his belt through the loops, and brushed his teeth, before confronting the cool, daybreak air. “It is freezing subzero cold,” Chocolate shivered, biting the wind as he closed Gene’s steel door. “It’s just not supposed to get this cold in the South.” The boys walked on their tip-toes toward Rachel’s house, propelled by the wind. Chocolate placed one fist inside the other, blowing heat into his waiting palm. “Alright now, you’re trying to warm your hand, not burn it off,” Mariner quipped, walking beside Chocolate. “So, you’re up for jokes early this morning?” Chocolate asked. “Joke on this,” he shouted, darting down the road. Like a chain reaction, Mariner lit down the country road, pumping his arms frantically. He huffed loudly, the cold air cutting his oxygen short. Mariner tried to speed up, but as always, Chocolate reached the next streetlight first, casually leaning against a streetlight pole as if he had been there a long time. “You’re getting a little faster,” Chocolate remarked, as they walked briskly toward Rachel’s house. “Don’t lie to me, Teacake,” Mariner wheezed, catching his breath with a crazed impersonation. The boys chuckled together. Chocolate sometimes enjoyed walking in the mornings. He could witness the dew freshly coating the earth and chuckle at the territorial male birds still whistling their presence. Chocolate heard a sedge wren in the distance, rounding out its tune. So many sedge wrens had been present the previous year, but it was the first time he had heard them this year. Sedge wrens are unpredictable, Chocolate thought, just like my family. He watched as the sun continued to play peek-a-boo with the clouds, and the trees bent in veneration to the appearance of the world’s majestic life source. “Let’s race one more time,” Chocolate implored. “That way, we’ll be sure not to miss Rachel.” “Girls don’t like musty boys, Choc’late,” Mariner remarked. “It’s too early in the morning.” Mariner slowed down his walk, and just when he was sure that Chocolate thought he wouldn’t race, Mariner darted toward Rachel’s house. Mariner’s feet lashed the ground, and he felt the wind battling to fix the race. The wind whipped around the folds of his bulky jacket, tugging him backward. The wind prevailed. From his peripheral vision, Mariner saw Chocolate appear, head high, arms pumping lightly near his sides. Chocolate zoomed ahead, reaching the next streetlight. “I give up on athletics,” Mariner pouted, huffing next to Chocolate. “That genetic material must have skipped over me,” Mariner complained. His thespian side emerged. “I’m a pygmy,” he screamed, reaching his hands toward the heavens. “Shut up, boy,” Chocolate smiled. “You’re going to wake up everybody in the county. You’re playing, but I am serious. Shoot, I’ve given up on athletics myself. It just doesn’t feel right anymore,” Chocolate sighed. “Here we go with this sadness,” Mariner answered, rolling his eyes. “Boy, you’re talented. You’d better do what you’re good at doing. See, that’s why I joke. I’m good at it, and I’ll be a comedian when I get older.” “Yeah, well, sometimes your emotional side gets in the way of your rationale side,” Chocolate responded, casting his eyes toward the cold clay. Mariner stiffened. He knew where this conversation was going, and he didn’t want to damper his day with sad talk. He decided to dish out some encouragement. Maybe then, he thought, they could quickly return to laughter. “Mom would be proud of you only if you do what you love, what you and she loved,” Mariner said. “I’ve been trying to convince myself that that is true,” Chocolate said. They rounded the bend, and Rachel’s house stood in sight. Her mother’s parked car burred in the cold, the exhaust pipe pumping heat into the foggy air. “Well, I don’t really want to talk about it anymore,” Mariner muttered, jamming his hands into his khaki pants. “The problem is that you don’t like to address problems. You like to gloss them over with jokes,” Chocolate fumed, his anger waxing hot. Mariner shook his head, and jogged up to Rachel’s driveway.

The past two years have been life-altering for teenagers Chocolate and Mariner. Their mother died in a terrible accident, leaving the boys' father in shock and their anguished aunt to care for them. Chocolate fails miserably in school, and Mariner brushes off his pain with comedy. From the bittersweet memories of basketball games with his mother to the pressures from gangs, grown bullies, and an unrelenting aunt, Chocolate has to decide his own fate. Mariner watches his brother spiral into trouble, and he must decide if he will speak up or cover up. The boys must make each decision quickly….with or without their parents. "A thought-provoking, socially relevant academic masterpiece." --Zelda Kitt, educational leader and parent "I was so nervous as I neared the end of the book. I loved it. There are a lot of great messages throughout the whole book and especially towards the end. I have to put this in my collection of books for my son to read." ---Kristin Marvin, parent "I actually finished the book in one day. The suspense was so great that I couldn't put it down. It was an awesome book, and kids my age would definitely enjoy it." Kaitlin Ervin, 15

Educating today’s youth is one of Quebe Merritt Bradford’s strongest passions. She teaches English to high school students in Montgomery, Alabama. Bradford embarked on the journey of writing for teens after her students complained that they could not find many books written on or above their grade level about urban-centralized topics. Bradford’s goal was to write a book that entertained students, introduced them to vocabulary terms, and helped them think about situations that they could encounter in their own lives. A second goal was for parents to read the book with their teens, discuss the issues, and become a closer family unit after the experience. Bradford nostalgically recalls writing her first short stories at age seven, while sprawled out on her bedroom floor. She also remembers the fluorescent light from the kitchen that spilled under her bedroom door, providing the luminosity necessary to finish a good book late at night. Now, Bradford juggles the honors of serving as a teen fiction writer, educator, and life-long learner. A native of Montgomery, Alabama, Bradford attended Booker T. Washington Magnet High School. She graduated summa cum laude from Alabama State University, earning a bachelor’s degree in communications with an emphasis in journalism. Bradford also holds a master’s degree in curriculum and instruction with an emphasis in reading from Grand Canyon University and is pursuing her doctoral degree in education at Auburn University. She is married to Eric Bradford, and they have a cat and two dogs.