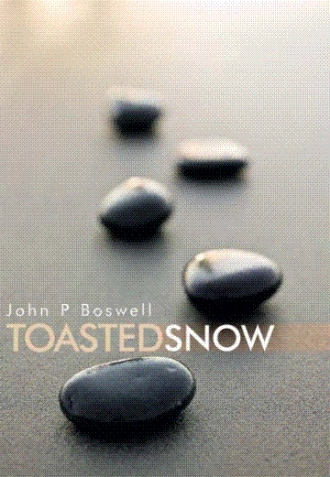 According to Orhan Pamuk there is a saying in Turkey that the child who cannot stop crying needs some toasted snow to soothe their distress. This is one of a number of proverbs across cultures that recognise our need, our desire and our ongoing search for that which is well nigh impossible to achieve. This book follows a number of different protagonists who knowingly, or not, are engaged on such journeys and how they connect, disconnect and re-connect, or not, as they stumble to or from the explosive beginning in a Paris restaurant in the 1980s.

The main story concerns the journeys of Tantan and Noizzie as they explore whether they are right for each other, as well as the friendships of Jay, Bo, Bruce and Jean from their different worlds of music, travel and art. Their lives are partly intertwined with that of two academics Marie Therese and Angelique, as well as the typically Parisians Emilie and her mother Cecille. Tantan's father, Daniel, appears to be invisible to all but it is he who is instrumental to the unfolding drama - drawn, as is Pierre, one of Tantan's fellow waiters in a Paris café, to Draa, a dry river bed of a man, who has escaped to France.

The experience of the characters in trying to comprehend what is important in learning how to live, to love, to understand and to die combines with the instances when inconsequential happenings change destinies.

The Marais, the oldest part of Paris, with its potent mix of immigrant cultures over the centuries, features strongly and hidden gems, in and under its streets are exposed in the book.

John Boswell is essentially a searcher. He has changed direction, very successfully, over the years working in pharmacology and biochemistry, becoming a psychologist and then building up through community development and health education to work at the top level of public health in Scotland. In addition he has worked with, and continues to do so, with a number of charities, and social enterprises across the United Kingdom. He has wide interests in both the arts and sciences and is particularly attracted to the merging of these approaches in the understanding and uses of complexity theory in helping us to live, work and play in our universe. Language is a constant source of amusement to him in the ways that it often disrupts, rather than enhances, communication and he has used his understanding of these areas in `Toasted Snow' to explore the human experience from a number of perspectives, with humour and imagination. He is married to Alison and they have two teenage children, Marc and Louise.