A Journey of the Bold and the Young

Living on the Edge 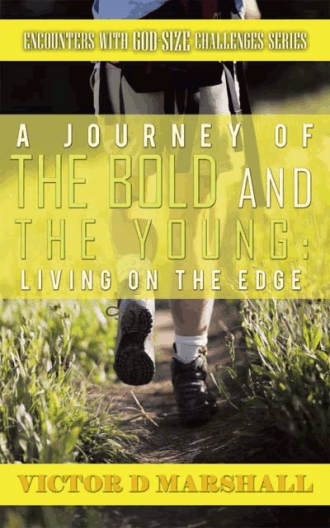 Having been greeted with the unexpected refund of more than £5000, I waited jubilantly for that payday to arrive. But in the meantime, there were times of apprehension. It was now two months after the university had relayed the wonderful news to me. By this time, our once-upon-a-time high bank balance was drying up slowly but surely. Worst yet, some layers of salt were sprinkled slowly and deliberately to our gaping financial wounds. The contact person from the university had called to let me know that the accounting files had still not been dug out from the archives. Disappointment was wading its way into my heart. I was yearning to handle this money. It was a divine blessing waiting for us and we were willing and prepared to accept it humbly but happily. “Do you have your bank statements showing when the money was paid?” this sympathetic university employee queried. “Unfortunately, no I don’t,” I responded disappointingly. “What we need is to see how the money was paid. If you paid us by cheque, we will repay you that way,” she added understandingly. “What if I get a copy of my bank statements since the time I started the PhD programme?” I interjected quickly. “Oh, that would be very helpful. It would speed up things. How soon can you get it to us?” the voice on the other end of the line probed. “I could try to get it this week,” “When you send it, please put ‘ATTENTION: MS BARTLETT’,” she instructed. A ray of hope returned. I set out to chase the required documents. In the process of acquiring three years of official bank statements, there was a high price. I had to squeeze out £5 from the meagre funds that had remained in our bank account. With documents in hand, I put them in the post and waited. Why do we have to wait so long for the blessings that God has already promised us? Is God testing our resolution? The wheels of God move at a different speed to what we are expecting. We often think that God is too slow in working on our situation. But note that God works quietly behind the scenes to bring us the victory that we eagerly desire. In addition, we should remember that we “are not wrestling with flesh and blood [contending only with physical opponents], but against the despotisms, against the powers, against [the master spirits who are] the world rulers of this present darkness, against the spirit forces of wickedness in the heavenly (supernatural) sphere” (Ephesians 6:12, AMP). The Evil One moves in to obstruct God’s blessings from flowing to His people. It is for this reason that Gabriel, was held up as he travelled with God’s answer to Daniel who had spent three weeks in prayer (Daniel 10:12-13). Within a month the telephone rang. It was a rather quiet day. The streets were calm. Hardly any human activity occurred in the area. The odd car rushed by once every two hours or so. The autumn season had just embarked on the horizon. The children had returned to school after the summer holidays. “Hello, good morning,” I said in my usual manner. “Is this Mr ... ?” the voice was about to query cautiously. “Yes this is he,” I replied affirmatively. “This is Ms Bartlett from the university. I call to let you know that we have just put £5214 in your account and you will be able to access it in two weeks time,” she informed me. “Oh thank you very much,” I replied jovially. “I also want to let you know that we have another £6000 here waiting for you. If you can tell us how it was paid, you’ll get it,” she informed me. Just as I was about to respond to this exciting news, I heard a loud crashing sound outside my flat. It was too thunderous to ignore. I asked the university employee on the other line to hold on a while as I rushed to the door. To my amazement, a hazy cloud of smoke was climbing the stairwell. On looking over the rails, I glanced two children scampering away from the scene. It appeared that they had just struck some party poppers, perhaps to provide some fun, since they hadn’t gone to school. Living in government-owned apartments brings the risk of untidiness and vandalism among other social ills. Having being satisfied that there was no real danger, I took a few long strides up the stairs and returned to the caller on the telephone. “Sorry about that. I thought there was something dangerous taking place outside of my home, I confessed. “It’s no problem. That’s o.k.’’ We spent about half an hour brainstorming all the possibilities as to how this extra money was paid on my behalf. We painstakingly went back to my first time at the university as a student. Was it the first scholarship sponsors? Was it another donor? Did I over pay my tuition fees for my Masters? Did I start to pay towards the PhD earlier? We checked the time I had started the PhD programme. There were many inquiring questions, but few, if any, worthwhile answers. “I’m afraid that I really don’t know how it was paid,” I concluded. “We’ll have to leave it at that then. Thank you very much,” she replied. “Thanks again for your great assistance,” I genuinely responded. This was more than miraculous! God’s Name must always be praised! When we least expect God to show up, he appears in an extravagant way at times. He appears to us out of our burning bush in unimaginable ways. He displays Himself as the Holy One, who is Omnipotent, Omnipresent and Omniscient. It’s for this reason that we need to listen for the voice of God and be observant to His leading in our lives. 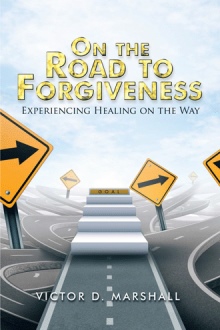 On the Road to Forgiveness
Victor D. Marshall
$19.76 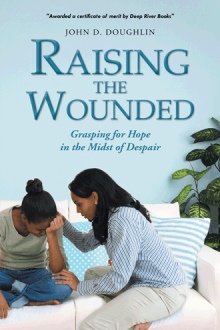 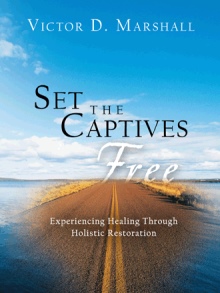 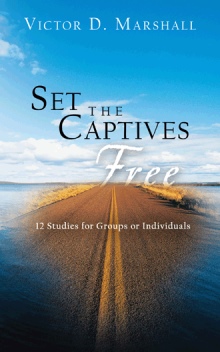 ABOUT THE BOOK What obstacles confront you as you passionately pursue a burning goal? Has a plan gone up in smoke or is a long-awaited dream about to escape your grasp? Victor Marshall, in his thrilling and captivating memoir, A Journey of the Bold and the Young, unveils how bold faith, patience and perseverance propel us to overcome childhood traumas, chilling disappointments and nerve-racking abandonment. By trusting in divine power, we draw on faith and become spiritually alert to the Holy Spirit. Marshall compassionately shares the personal stories of his fluctuating journey and counsels that achievements are accomplished in an atmosphere of prayer. COMMENTS ABOUT THE BOOK Victor Marshall’s book, A Journey of the Bold and the Young: Living on the Edge, is spirit-filled, uplifting, inspiring and a must-read for the young and those who are or have experienced a personal struggle in life. (Pamela Ifill, Reading Specialist, Ministry of Education and Human Resource Development, Barbados W I) A Journey of the Bold and the Young: Living on the Edge is a well written account of life experiences with which all of us struggle. For this reason, this very practical volume is the book we all need. A powerful book which spoke to me personally. (Dwight van Ommeren, District Pastor, Leiden, Zoetermeer, Breda & Rotterdam-North SDA Churches in The Netherlands) Putting your own story out there is a bold move, courageous even. But to use it as a means to motive, inspire and challenge young minds is heart and wisdom. The story is truly a gripping life testament. (Shelly-Ann R. Griffith, Special Needs Educator, The Edna Nicholls Centre, Barbados, W I)

Victor D. Marshall has a passion for the ministry of prayer which is a powerful pathway to knowing God. Having achieved an MA in Theology, he has been called by the North England Conference of Seventh-day Adventists in the United Kingdom. With his dear wife, Maria and son, Josiah, at his side, he presently pastors Rotherham and Sheffield Burngreave Seventh-day Adventist Churches in South Yorkshire, England.