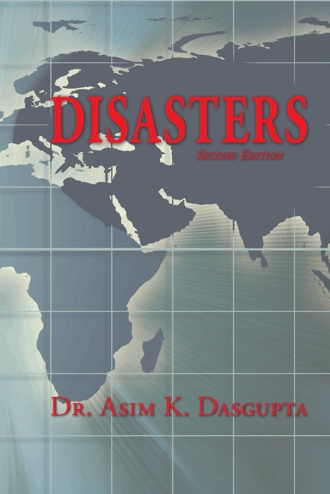 The world’s most durable earthquake-resistant construction is found in the fortress and temple of Sacsayhuman in Cusco Valley in Peru. Cusco, the capital of the ancient Incan empire, lies in the Andes at an altitude of 3,520 m. The stone structures were built by the Incas in such a way that they are locked and dove-tailed into position, making them earthquake-proof. Over the years, many devastating earthquakes have shaken the Andes but the blocks are still in place, while the Spanish cathedral in Cusco has collapsed a number of times.

I remember my childhood experience of an earthquake in Calcutta, now known as Kolkata, India. It was in 1950 and we were having a meal at our home. Suddenly, we felt our plates start to move to one side and it seemed that the building was tilting.

My father started to shout, ‘Come out of the building, come out of the building!’ I could hear the sounds of the bell, the gong and the blow of the conch shell from nearby. I was puzzled by the sounds, as to whether they were to alert the people or whether they were some kind of worship to the Hindu gods to prevent disaster. The earthquake lasted a few seconds and its magnitude must have been below five, so it did not cause any damage. It was an exciting time; we all stayed out on the street in front of our house. We were told not to go inside as there was a chance of recurrence, or aftershocks. I cannot recall how long we waited before we were allowed to go inside. I was probably not scared because, as a child, I had no idea of how devastating the effects of an earthquake could be. I had mixed feelings of curiosity and fun.

The news of this earthquake made headlines in the following day’s newspapers. It was the Assam earthquake; the epicentre was on the India–China border (the magnitude was 8.6–9.0 on the Richter Scale) and it then spread through upper and lower Assam, Darjeeling, Dhaka and Calcutta. A total area of 1,794,000 square kilometres was affected, of which 49,700 square kilometres suffered a more severe disaster, in which 1,530 people were killed.

The largest earthquake in Calcutta took place in 1737, in which 3,000,000 people died. However, it is now believed that the high fatalities were due to storms and floods, rather than the earthquake itself. This was the result of a cyclone which struck Calcutta and the surrounding areas at the same time (7 October 1737).

The Indian subcontinent is always vulnerable to earthquakes, being situated in the Asian collision zone, where continuing pressure from one plate to another under the Himalayas generates powerful and frequent earthquakes.

The rescue of people buried or trapped under the rubble is the main problem associated with earthquakes. International rescue and experts are available nowadays, and many countries offer help with their search and rescue teams. Specialised equipment and techniques, even search dogs, are promptly available. This help is needed while the chance of survival still persists, even if people have been trapped for many days since the incident occurred. It has been seen that people can survive for long periods without food and/or water and sometimes they have dug their own way out. Of course, this will depend upon how deeply someone is trapped or buried and the degree of injury they sustain. A prime example of this was in the 2003 Iran earthquake, where a man was found alive after being trapped for thirteen days. A similar example is found on 8 October 2005, in the Kashmir earthquake, when a twenty-year-old farm worker miraculously survived for twenty-seven days after being buried in the rubble of his house. The longest survival in earthquake disasters, most probably was in Quetta earthquake in the Indian sub-continents, which took place on 31

st May 1935, when a merchant was buried in the debris of his shop but was able to escape after 47 days.

In August 1999 there was a great earthquake in Izmit, Turkey, with a magnitude of 7.4. People blamed substandard construction and bad soil structure for the collapse of the buildings that killed thousands of people: 20,000 people died. The aftershock impact was great, both economically and psychologically. When I visited Turkey three years after the Izmit earthquake, people were still living in temporary shelters and emergency housing. However, reconstruction was also ongoing and people were moving to newly constructed sites.

Psychologists and social workers working in this area said that the earthquake had changed people’s lives and they had to deal every day with problematic family relationships, anxiety, sleeping disorders and alcohol abuse. Whatever lessons are learnt from this earthquake, the psychiatrists, psychologists and social workers’ efforts at rehabilitation in this type of disaster are no doubt crucial.

I visited the Ilulissat museum where I saw a depiction of how, year after year, the new glacier front is created after the breaking up of the fl oating front. Th e constant changes took place over the period between 1850 and August 2006. In modern days, the mapping of these changes is usually done by satellite monitoring and or by aerial photography, helicopter- bone radar technology, and climate observation.

The Ilulissat glacier has further retreated since 2006. In order to observe this, I took a helicopter ride. The helicopter took off from Ilulissat airport and fl ew low over hills, lake, icefj ords, landing on a preserved area of the mountain at Kangia near the glacier. The helicopter used to land further north and west of Kangia but due to the eff ect of the retreating glacier the helicopter landing site has been shifted to the south, which is the present site.

After getting down from the helicopter, within walking distance I was able to see the glacier and its breaking front. At the edge of Kangia there were climate instruments that constantly recorded the changes. The helicopter also fl ew over the glacier, and its edge and break up points. Th e Ilulissat glacier looked like castles of ice with towers and spires; on the ride back I saw steam from the changing ice drift over the Kangia up to the sea front, in the form of packed ice, thawing ice, fl oating icebergs and the standard icebergs at the mouth of the icefj ord. It was a clear, sunny day and I took aerial photographs of the changes in Sermeq Kujalleq and Kangia. One of the best ones showed the retreating glacier and its break up point; it is printed at the end of this chapter.

Besides the helicopter tour, I also sailed by boat round the giant icebergs which stood at the mouth of Ilulissat Kangia. Some of the icebergs were more than 100 metres above the surface of the water.

However, in 2010, an extraordinarily huge block of ice (260 square kilometres) broke off . It was not from Ilulissat but from the Petermann glacier located in the north-west of Greenland, which indicates that the melting of Arctic is accelerating. At the end of my visit, my impression was that Greenland is losing its ice very fast. Due to Arctic shrinkage as a result of climate change, the north-west passage, which was inaccessible until 2009, has now opened up. It seems that this will be the new sea route in the Arctic Ocean, which connects the Atlantic and Pacific Oceans. 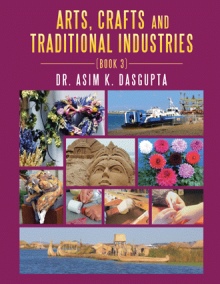 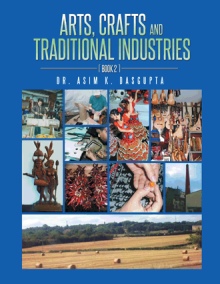 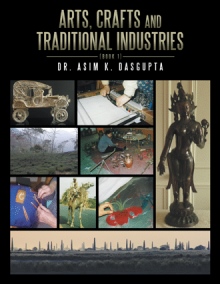 In `Disasters' Dr Asim K Dasgupta examines the many kinds of natural phenomena and environmental disasters that impact the Earth, drawing upon his first-hand experience and years of research gathered while working and travelling as a medical doctor with scientific interests. From a childhood spent in , a life-long fascination with the natural environment and man's impact upon it developed. The results of Dr Dasgupta's explorations are considered in several case studies that both describe and examine all kinds of disasters and their context within the Earth's environment. Combining scientific fact with first-hand observations, conclusions are drawn that may help future responses to disasters.

In this second edition, Dr Dasgupta draws upon the most recent research and news of international incidents to update and develop the natural, accidental and man made disasters described so vividly in the first edition. An additional chapter detailing the science and experience of climate change draws conclusions on the way forward for mankind. This book is essential reading for anybody with an interest in the Earth's environment and man's place within it.

DR ASIM K DASGUPTA is a medical doctor and a former Occupational Health Consultant in . He also worked in private and public sector industries. His main interest is in Rehabilitation and Environmental Medicine which involved him in many investigations and research. He worked and travelled many world disaster Jones and now he is engaged himself further in researching, travelling, writing, and publishing of this fascinating subject. He lives in Hampshire with his wife.