The Bloodline of The Business

God-Daddy: The Sequel & The Book of Michael 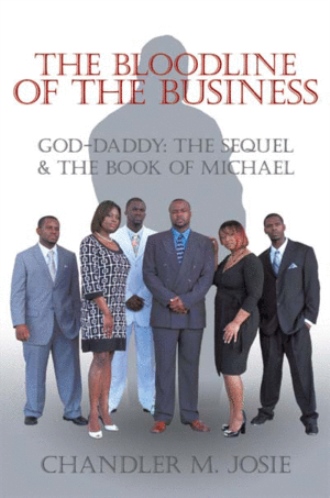 Things have changed quite a bit from our college days which didn’t seem long ago. Janine and I have been working for the Bahamian Descendent Corporation full time for a little over five years and God-Daddy, now semi-retired, moved back to Port Salerno. God-Daddy’s “semi-retired” status has influenced some other restructuring within the corporation. For the past two years, God-Daddy’s nephew, Jonah, who is now twenty, has been in an apprenticeship with Big-O since he graduated high school and worked his way into Big-O’s position of managing BDC business interests in the Bahamas and the Caribbean. God-Daddy also had a nephew working under him, two actually; his sister’s other son, Jonah’s older brother, Michael, whom everyone referred to as Lil Mike because his sister named him after her brother, and his brother, Doriel, Jr. son, Doriel, III who everyone called 3D. Lil Mike is twenty-two, and 3D is nineteen. Lil Mike and 3D both came to work with God-Daddy full-time about the same time a year or so ago.

It has been two months since Port Salerno was put on the map with the news reports of Doriel, Jr. and the attempted connection of his exploits to that of his brother’s corporation. Although the state and national attention has all but disappeared, local newspapers have been making the most of it still milking the story. One report on Michael Josey was a five part series posted in each Sunday’s paper on his history in Port Salerno. The report on the BDC was as detailed as the series on Michael’s personal history. They gave very in depth reports on all of the businesses under the corporate umbrella. It started by giving an overall report of the local business holdings and as it went on with the series they broke each company down in the order each was begun and told of its business summary and approximate worth. The reporter then gave each subsidiary’s growth and, in his opinion, whether Sonny or Michael was primarily responsible for the growth or influencing each individual company’s success. He mentioned that Michael is the known head of the corporation, but Sonny has been at the helm for some time and he made note of when and who was responsible for what. The reporter also detailed the companies that were either created or brought in under Sonny’s leadership and how they also add to the diversity and net worth of the corporation. He ended the series by offering a report he titled, “Who’s Up Next?” This gave brief introductions of Lil Mike, Jonah, and 3D; the obvious next generation of Josey CEOs that will continue the BDC’s business prowess and success. These reports, as general as they were, got next to Michael in some way. He felt the reports, although as accurate as they can be without interviewing him, was lacking some information. He described, in his closest circles of Sonny and his God-daughters, that he was wronged in some way.

"It’s about family, your family, our family. My dad, your grandfather, may God rest his soul, told this family history to me only, not my brother or my sister. His father, my grandfather, God rest his soul also, told it to him only; not any of his other seven children, my aunts and uncles. His father, my great-grandfather, Stone Josey, the beginning of the Josey name becoming synonymous with the Bahamas around the world, told it to my grandfather only not any of his other six children. I am the only Josey that is breaking tradition by telling this story to two members of the next generation but I have my reasons for doing so. This is a story, that at some point Sonny was a part of but even he don’t know the whole story that preceded his involvement. First thing in the morning I will tell you some things about your family that will probably explain some of your instinct and behaviors due to inherent trends from previous generations. Sleep well, nephews the next day or so will be very informative to you.

Time stood still at that point until it was set back in motion by Phil thrusting towards me in one leap knocking me to the ground and straddling me about to punch me when I countered him and was straddling him coming down with a blow of my own when I was pulled off of him and restrained as he was also with them leaving. “You’re wrong, Michael he said as they directed him out of the yard, “you’re dead wrong and you know it.” I couldn’t respond I only stood there trying to regulate my breathing. 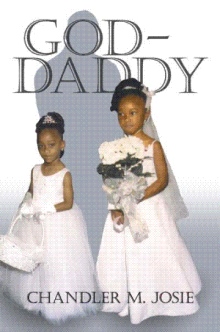 God-Daddy provided a story vividly told of a controversial yet successful businessman and the protective, surrogate father-like relationship he has with two young ladies.  It was a narrative through the eyes of these young ladies, their fortunate connection and sometimes trials of that connection to – God-Daddy.   From the Bahamian-American community of Port Salerno, Florida it was an adventure through Florida and the Bahamas. That was then, this is now.  The Bloodline of The Business provides us with two offerings in one:  God-Daddy: The Sequel and The Book of Michael.

In God-Daddy: The Sequel, Janine and Falana are now college graduates and still close to their God-Daddy; a relationship that is now two-fold because they are employees of his corporation.  God-Daddy, now semi-retired, is ecstatic with them being a  part of his continued business success.  He is now faced with the challenge of ensuring the corporation he started continues to be successful.  That is not without obstacles.  God-Daddy: The Sequel is told from the view of Janine, Falana, family members and God-Daddy himself.  This chapter in the ongoing saga goes further into Bahamian culture and its influences of Bahamian-Americans.

The question that has been asked since the novel God-Daddy has been released is exactly who is God-Daddy?  How did he become the man that he is now?  What influenced his character and were there certain experiences that caused him to be so driven?  The questions are finally answered in: The Book of Michael.

The Book of Michael intimately explain God-Daddy going back generations to explore his family influences to his person. It depicts his life experiences that perfected his discipline of focus in business and love for his heritage.  The Book of Michael brings together God-Daddy and God-Daddy: The Sequel by describing life before and after the previous two offerings.

Chandler M. Josie is a native of the actual Port Salerno, Florida.