Shadows of Our Childhood 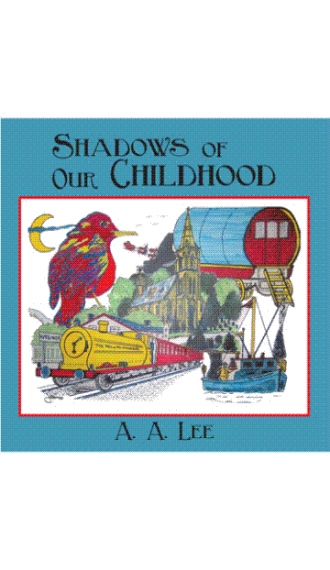 At the top of the staircase Billy inserted his rusty wire again into the lock of another door. As the door swung open the sudden brightness of the light from the clock room momentarily blinded them and they shielded their eyes as they entered.

It was amazing, not as they had imagined. The rafters were draped in coloured silks from which gold and silver spangles dangled. The walls were adorned with candles and baubles and candy sticks of red and white. The two boys ran their fingers over the decorations and discovered that the candy sticks were made of real candy. They each grabbed a stick and began eating. Enraptured with their treasure they failed to notice the wisp of a mist that was emerging behind them in the centre of the room and it wasn't until the door closed shut that they turned expecting some kind of monster to be standing behind them, but instead of a monster stood an elf, clothed in a green and red outfit.

"Why hello boys,” he proclaimed, “you'll be Billy and you'll be Jack. I've been watching you both throughout the years on your adventures and exploits.”

Billy looked at Jack and Jack looked at Billy. They'd be the first to admit that over the past years, especially the last two or three they had got up to some right mischief but never suspected that anybody would have been watching them. They had always evaded the farmers when they had gone scrumping in his orchard of apples and pears. Mighty tasty they were too and had even tossed one back for the dog! But being watched by somebody they didn't even know existed was a bit scary.

Any story for either young or old should have a purpose and all stories should be fun to read. A story should fulfil the reader's fantasy and place them inside the story.

The stories inside the cover of this book are a shadow of our own childhood and if you remember when and where they had a meaning, were part of a dream; and which together we experienced at least once in our lifetime.

All stories should have a beginning, a middle and an end just like our childhood, which prepares us for the rest of our life.

We are never too young or too old to read, or have read to us a story which will always be special to you.

Enjoy your memories and never forget that the shadows of your childhood stay with you forever.

The author has produced a variety of children's stories which he believes will be of interest and allow the reader to become personally involved in the story, just as the author did when writing them.

The author lives in Norfolk, England and enjoys the never-ending beautiful countryside and the walks along the many long golden sand beaches that stretch along the East Anglia shoreline.