George Royle and the Legend of the Crystal Rose 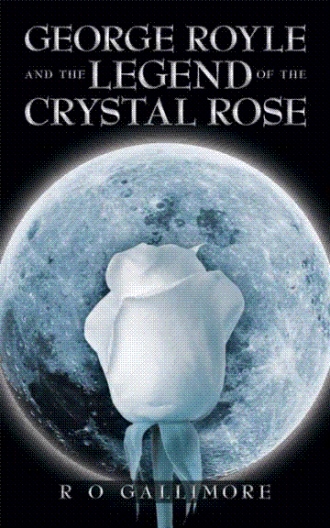 The dragon was now at full height, wings spread almost filling the cavern, it tilted its head back and drew a huge breath, the air rushed past them from the tunnel filling the dragons lungs “NOW!” shouted George.  Sam clutched his bag tightly, closed his eyes, and vanished.The dragon dropped his head and with a deafening roar spewed a tremendous firestorm at George; he dropped on one knee and raised his shield up in front of him, the intense flames lapping all around. The swirling inferno raced along the tunnel and billowed out above the lake.

Then the flames stopped as the dragon reared once more, George glanced around his shield to see Sam placing the final rose in his bag.

"Get out of here Sam” he shouted. “What about you?” Sam yelled back.

"No time, just go, you must save the roses”.

"But I can't leave you” pleaded Sam.

"Go now” insisted George and as he did another torrent of flame surrounded him, the cavern filled with fire and a dragons roar like an erupting volcano. Sam reluctantly grabbed his bag with both hands and disappeared.

Once more the fire died away, an uneasy quiet filled the cavern, George looked down noticing the dust on the floor gently swirling around his feet, he cautiously peered from behind his shield only to be face to face with the fearsome dragon

George stepped cautiously forward through the door eyes clamped tightly shut; he felt a warm breeze and the smell of wild flowers filled his nose. He opened his eyes a bit at a time, the glare of the sun made him turn his head, and then as his eyes adjusted he was awestruck by what he saw. In front of him were rolling fields of lush blue grass smothered in flowers which looked like multi coloured polka dots, in the distance a huge golden castle surrounded by a massive stone wall, towering behind it the biggest range of mountains he had ever seen, all capped in snow......... Follow George Royle, an ordinary 10 year old boy on the adventure of a lifetime in a land of magical wonder. A breath taking quest of good versus evil. Making new friends and confronting fearsome enemies, in a battle to save the land. Will he succeed? Will the darkness defeat the light and will George make the ultimate sacrifice?

Born in Bournemouth, Dorset in August 1968 the youngest of three children. He spent his childhood on a small farm, where his imagination was allowed to run wild in the barns and surrounding fields. He left school at 15 and shortly after met the love of his life Alyson.10 years later they married and their son Samuel arrived in 2004. This story was inspired by his childhood fantasies, imagination and Samuel's love of bedtime stories.